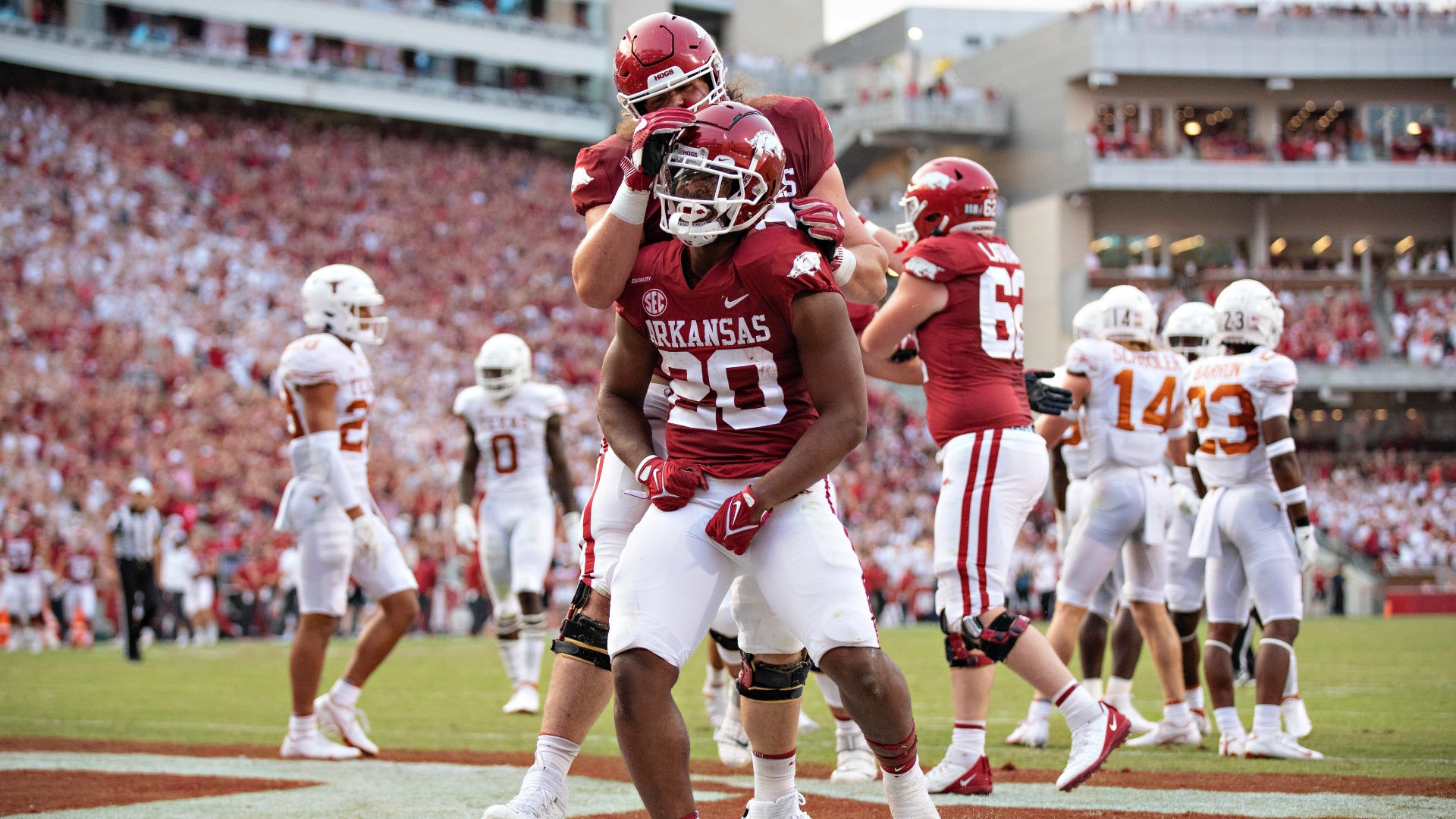 Arkansas gave Texas quite an introduction to the SEC on Saturday night.

Texas is still competing in the Big 12, but in July it and Oklahoma were admitted to the SEC beginning in 2025. This matchup gave UT an early taste of what to expect in the coming years.

Arkansas averaged 7.1 yards per rush against Texas’ defense. Four different players scored rushing touchdowns and five different players rushed for at least 44 yards. All this from a team that finished 3-7 last season in the SEC West.

Arkansas did not hold back in its postgame celebration. “Welcome to the League” read its social media victory caption.

Texas and Arkansas are set to be paired in the West based on the proposed SEC realignment plan for 2025.

Saturday was Texas’s only scheduled game vs. an SEC opponent this season, and the Longhorns made a bad first impression. Depending on how the postseason and bowl season go, they might not get a second chance this year to show they’re capable of being competitive in the league. Good thing they have a few years to get settled in before the conference switch becomes official.