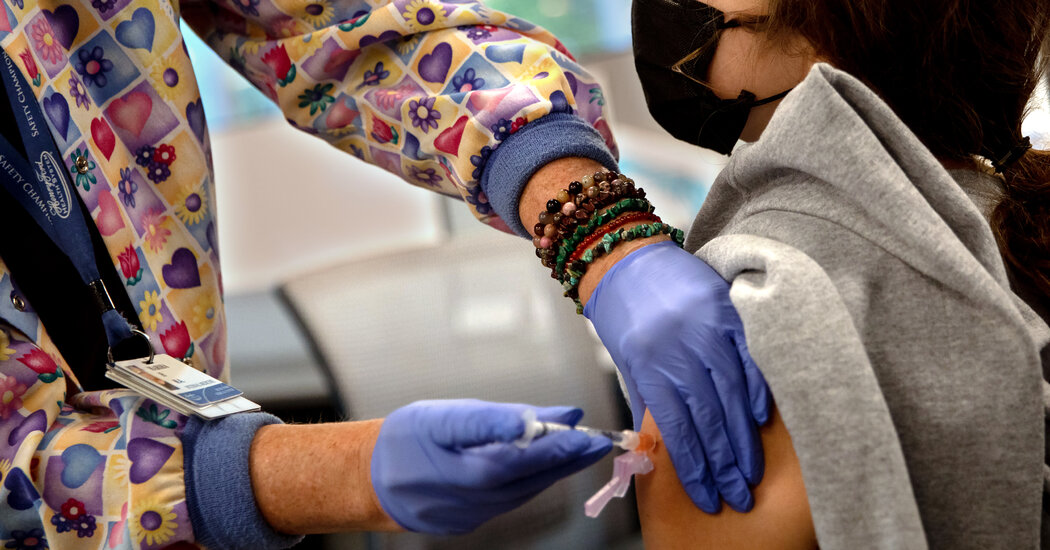 
The C.D.C. reported a terrifying fact in July: Vaccinated people with the Delta variant of the Covid virus carried roughly the same viral load in their noses and throats as unvaccinated people.

The news seemed to suggest that even the vaccinated were highly vulnerable to getting infected and passing the virus to others. Sure enough, stories about vaccinated people getting Covid — so-called breakthrough infections — were all around this summer: at a party in Provincetown, Mass.; among the Chicago Cubs; on Capitol Hill. Delta seemed as if it might be changing everything.

In recent weeks, however, more data has become available, and it suggests that the true picture is less alarming. Yes, Delta has increased the chances of getting Covid for almost everyone. But if you’re vaccinated, a Covid infection is still uncommon, and those high viral loads are not as worrisome as they initially sounded.

How small are the chances of the average vaccinated American contracting Covid? Probably about one in 5,000 per day, and even lower for people who take precautions or live in a highly vaccinated community.

The estimates here are based on statistics from three places that have reported detailed data on Covid infections by vaccination status: Utah; Virginia; and King County, which includes Seattle, in Washington state. All three are consistent with the idea that about one in 5,000 vaccinated Americans have tested positive for Covid each day in recent weeks.

The chances are surely higher in the places with the worst Covid outbreaks, like the Southeast. And in places with many fewer cases — like the Northeast, as well as the Chicago, Los Angeles and San Francisco areas — the chances are lower, probably less than 1 in 10,000. That’s what the Seattle data shows, for example. (These numbers don’t include undiagnosed cases, which are often so mild that people do not notice them and do not pass the virus to anyone else.)

Here’s one way to think about a one-in-10,000 daily chance: It would take more than three months for the combined risk to reach just 1 percent.

“There’s been a lot of miscommunication about what the risks really are to vaccinated people, and how vaccinated people should be thinking about their lives,” as Dr. Ashish Jha of Brown University told my colleague Tara Parker-Pope. (I recommend Tara’s recent Q. and A. on breakthrough infections.)

For the unvaccinated, of course, the chances of infection are far higher, as Dr. Jeffrey Duchin, the top public-health official in Seattle, has noted. Those chances have also risen much more since Delta began spreading:

If the entire country had received shots at the same rate as the Northeast or California, the current Delta wave would be a small fraction of its current size. Delta is a problem. Vaccine hesitancy is a bigger problem.

The science, in brief

These numbers help show why the talking point about viral loads was problematic. It was one of those statements that managed to be both true and misleading. Even when the size of the viral loads are similar, the virus behaves differently in the noses and throats of the vaccinated and the unvaccinated.

In an unvaccinated person, a viral load is akin to an enemy army facing little resistance. In a vaccinated person, the human immune system launches a powerful response and tends to prevail quickly — often before the host body gets sick or infects others. That the viral loads were initially similar in size can end up being irrelevant.

I will confess to one bit of hesitation about walking you through the data on breakthrough infections: It’s not clear how much we should be worrying about them. For the vaccinated, Covid resembles the flu and usually a mild one. Society does not grind to a halt over the flu.

In Britain, many people have become comfortable with the current Covid risks. The vaccines make serious illness rare in adults, and the risks to young children are so low that Britain may never recommend that most receive the vaccine. Letting the virus continue to dominate life, on the other hand, has large costs.

“There’s a feeling that finally we can breathe; we can start trying to get back what we’ve lost,” Devi Sridhar, the head of the global public health program at the University of Edinburgh, told The Times.

I know that many Americans feel differently. Our level of Covid anxiety is higher, especially in communities that lean to the left politically. And there is no “correct” response to Covid. Different people respond to risk differently.

But at least one part of the American anxiety does seem to have become disconnected from the facts in recent weeks: the effectiveness of the vaccines. In a new ABC News/Washington Post poll, nearly half of adults judged their “risk of getting sick from the coronavirus” as either moderate or high — even though 75 percent of adults have received at least one shot.

In Seattle on an average recent day, about one out of every one million vaccinated residents have been admitted to a hospital with Covid symptoms. That risk is so close to zero that the human mind can’t easily process it. My best attempt is to say that the Covid risks for most vaccinated people are of the same order of magnitude as risks that people unthinkingly accept every day, like riding in a vehicle.

Delta really has changed the course of the pandemic. It is far more contagious than earlier versions of the virus and calls for precautions that were not necessary a couple of months ago, like wearing masks in some indoor situations.

But even with Delta, the overall risks for the vaccinated remain extremely small. As Dr. Monica Gandhi, an infectious-disease specialist at the University of California, San Francisco, wrote on Friday, “The messaging over the last month in the U.S. has basically served to terrify the vaccinated and make unvaccinated eligible adults doubt the effectiveness of the vaccines.” Neither of those views is warranted.

What about children? I’ll dig into that question in a coming newsletter.

The Texas abortion law provides a blueprint for any other state that wants to infringe on constitutional rights, Sarah Isgur writes in Politico.

Quiz time: The average score on our news quiz was 6.5. Can you beat that?

Lives Lived: Patricia Maginnis was among the first abortion rights activists in the U.S. “I am attempting to show women an alternative to knitting needles, coat hangers and household cleaning agents,” she said. Maginnis died at 93.

No one expected Adult Swim, Cartoon Network’s nighttime adult programming block, to be a success. But over the past 20 years, it has become a home for bizarro humor, with shows like “Rick and Morty” and “Tuca & Bertie” enjoying cult followings.

Cartoon Network executives knew some adults watched their channel, but the network did not have much of a budget to make original content aimed at them. The result was simple, lo-fi animation that attracted out-of-the-box ideas, including a show starring a talking wad of meat (“Aqua Teen Hunger Force”) and a cheesy talk show hosted by a Hanna-Barbera superhero (“Space Ghost Coast to Coast”).

The production wasn’t glamorous: The editor of Adult Swim’s first original series worked from a closet. A celebrity guest on that series, unaware of the strangeness he had signed up for, walked out mid-taping. But the audience grew, and the shows stayed weird.

“There were moments we’d laugh so hard we’d literally cry because we loved our work so much,” Eric Wareheim, a show creator, said. “We were doing things we’d never seen before in comedy or on TV.” To go behind the scenes at Adult Swim, read Sarah Bahr’s article.