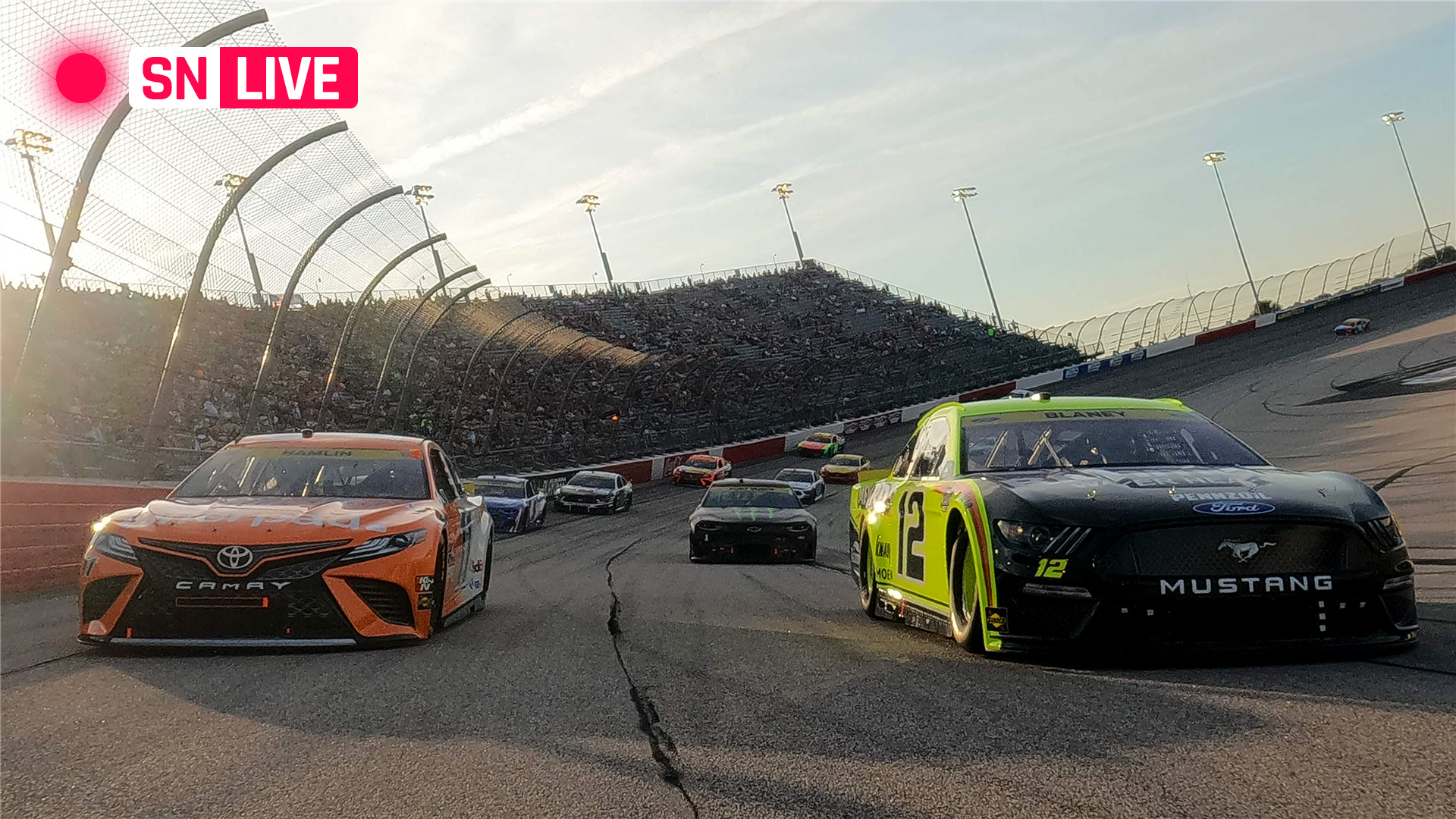 The 2021 NASCAR Cup Series playoffs begin on Sunday evening, and a big question is on the mind of racing fans: Will Kyle Larson continue his winning ways during the Cook Out Southern 500 at Darlington Raceway in South Carolina?

Larson leads the Cup Series with five wins on the season. Those victories helped him vault into first place in the regular-season standings and contributed to his early lead in the playoff standings. He has 2,052 points to his name, while Ryan Blaney is in second place with 2,024.

Now, Larson will look for his most important win yet. A victory at Sunday’s Southern 500 would clinch him a spot in the Round of 12, as it would for any of the 16 playoff drivers. So too would a victory in either of the next two first-round races, the Federated Auto Parts 400 at Richmond and Bass Pro Shops Night Race at Bristol.

Five drivers in this year’s playoff field have won the Southern 500 before: Brad Keselowski, Kyle Busch and Martin Truex Jr. have all won the event once, while Denny Hamlin and Kevin Harvick have won it twice apiece, including a victory during the 2020 playoffs for Harvick. Additionally, 2019 Southern 500 winner Erik Jones will be in the 37-car field, though he isn’t one of the 16 drivers that qualified for the playoffs.

Still, Larson will have some stiff competition in the race, which will last 367 laps on Darlington’s 1.366-mile oval track. It will run a total of 501.322 miles.

Sporting News is tracking live updates and lap-by-lap highlights from NASCAR’s playoff race at Darlington on Sunday night. Follow for complete results from the Southern 500.

7:11 p.m. — Chase Elliott is climbing back up after an early tire issue. He just passed Brad Keselowski and has worked his way back to 13th place. He is 8.8 seconds off the lead.

7:07 p.m. — Kyle Larson and Kevin Harvick are having a fierce battle for the fourth spot in the race. Larson is keeping a high line on the outside and Harvick has nearly passed him a couple of times, but ultimately backed off just a bit.

7:04 p.m. — Once again, we are out of caution. The top five are Hamlin, Harvick, Blaney, Kurt Busch and Larson.

7:03 p.m. — Michael McDowell has spoken about his crash and how it changes his goals for the next two races.

6:58 p.m. — Denny Hamlin takes the lead after the latest caution. He is in first coming off pit road.

6:55 p.m. — Caution 4 (Lap 48). We have another crash. James Davison hit the outside wall. Cody Ware comes out with a right flat tire and he now has some damage to his right front. Neither Davison nor Ware are playoff drivers.

6:52 p.m. — Kyle Larson has climbed into the top five. He’s about 3.5 seconds behind Kevin Harvick, who is leading the field through 44 laps.

6:45 p.m. —  Four playoff drivers have already suffered some sort of crash. Alex Bowman, William Byron and Chase Elliott have had minor incidents. Michael McDowell had a big crash that has knocked him out of the race. We’re through 34 laps.

6:42 p.m. — Caution 3 (Lap 32).  Michael McDowell has crashed. The No. 34 car lost control and crashed into the outside wall before coming back across to crash into the inside wall. He didn’t hit any other cars. McDowell is done for the day.

6:41 p.m. —  Chase Elliott had to go down pit road a second time after suffering some minor fender damage after a minor collision with a tire carrier. That has knocked him down the leaderboard a bit.

6:37 p.m. — Caution 2 (Lap 26).  We’re at a competition caution now. Kurt Busch is still out in front. Michael McDowell has moved up to the eighth spot after pitting for new tires following the 17th lap. His new tires helped him climb up the standings.

6:34 p.m. —  Bowman is back on the race track now. His car doesn’t look to be in the best shape, but he’s back out there, nonetheless.

6:33 p.m. —  The caution is now over. Kurt Busch, who passed Ryan Blaney just before Bowman’s accident, is in the front of the field.

6:24 p.m. — Alex Bowman is dealing with some electrical issues. He’s still in the top five, but that could cause him some issues. It will be interesting to see if he can fix that when he heads to pit row.

6:22 p.m. —  Michael McDowell (14th in the playoff standings) got close to hitting another car during the first turn. He managed to control his car just enough to avoid it.

6:20 p.m. — We are underway at Darlington. Pole-sitter Ryan Blaney leads after one lap.

6:17 p.m. —  The cars are working their ways around the track behind the pace car. Ryan Blaney is on the pole, followed by Denny Hamlin, Kurt Busch, Chase Elliott and Alex Bowman.

5:52 p.m. —  Speaking of Elliott, he is the reigning NASCAR Cup Series champion. He raced from the pole at last year’s Southern 500, but he finished in 20th place during the race.

5:36 p.m. —  Bad news for Austin Dillon: he’ll start the race at the back of the pack after failing multiple pre-race inspections. Dillon finished 17th in NASCAR’s regular-season standings and was the first driver out of the 16-car playoff field.

5:33 p.m. —  Kyle Larson was just asked what it was like coming into the playoffs as a favorite. “I haven’t thought about it,” he told NBC Sports.

5:30 p.m. —  The 72nd running of the Southern 500 is nearly here, and Darlington Raceway is looking sharp and ready to race.

Ideal weather conditions are expected. The National Weather Service’s Sunday forecast for Darlington, S.C., is for sunny skies and temperatures in the high 80s during the daytime, and clear skies with lows in the mid-to upper 60s at night.

Here is the complete NASCAR starting lineup for Sunday’s playoff race at Darlington Raceway, the Cook Out Southern 500.

(Playoff drivers are denoted by “p-” next to their names.)

The Cook Out Southern 500 at Darlington is the first of three races in the Round of 16. The other races are the Federated Auto Parts 400 at Richmond on Sept. 11 and the Bass Pro Shops Night Race at Bristol on Sept. 18. The playoff field will be cut down to 12 drivers after Bristol.