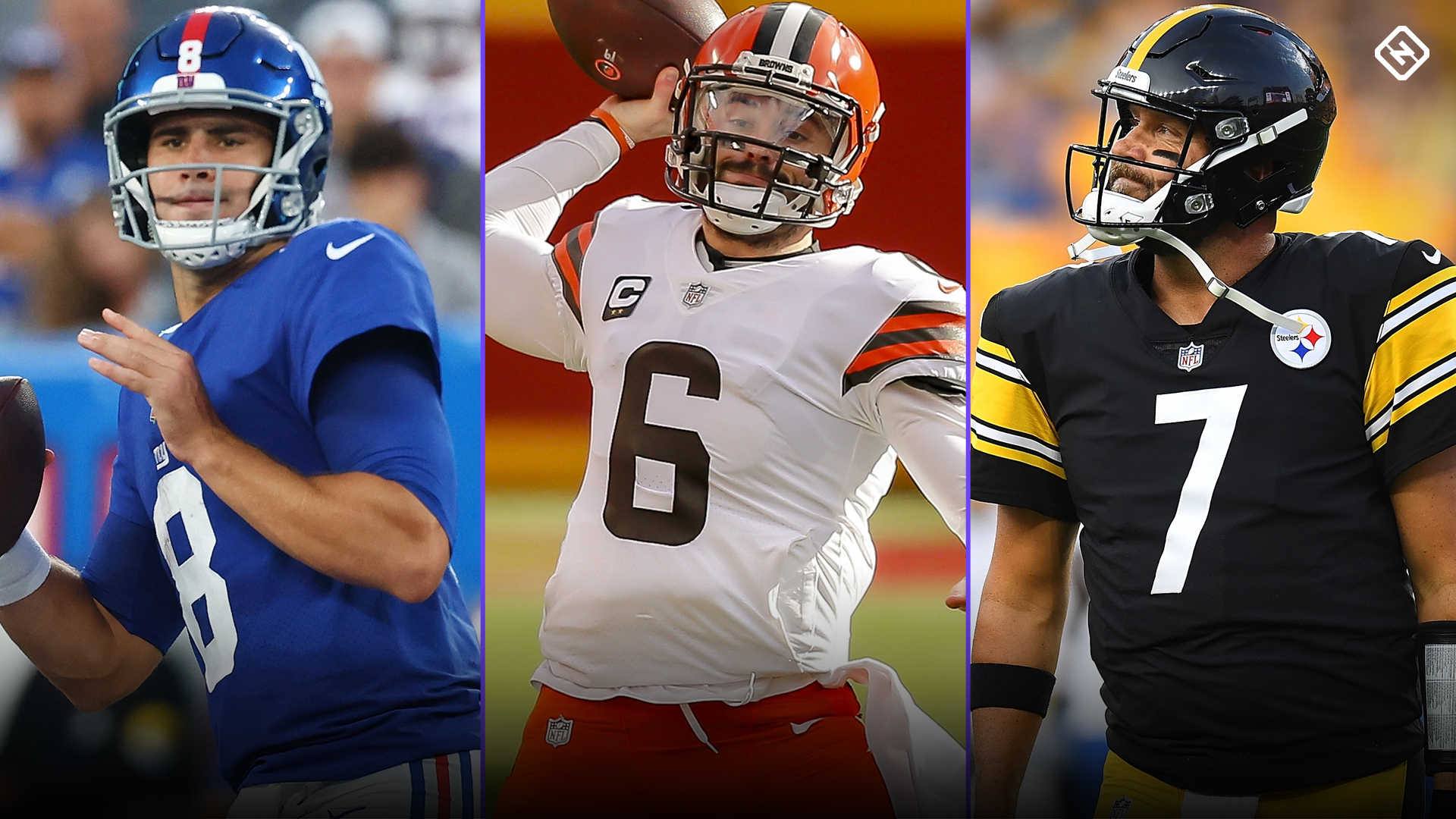 
The start of the NFL season is rapidly approaching, and that means bettors have just a few more days to bet on the over/under win totals for the NFL’s 32 teams.

There are sleepers and underdogs that go unnoticed before the NFL season every year. The 2021 season will be no different, and bettors will have a lot more information with which to base their wagers.

In 2020, there was no preseason. This year, the preseason shed some light on which teams are playing well, which teams are well-rested and which young players and rookie coaches have had their share of issues. The information learned from those games is invaluable when looking at each team’s season-long future.

It’s also important to remember that the NFL has expanded its schedule to 17 games for 2021. That means that some win total numbers will seem a bit higher than usual, but that’s because there’s an extra game during the season. In other words, don’t fall into the trap of betting the under because the win total seems “too high” compared with previous years.

Below is a look at some of the best over/under bets ahead of the NFL season.

All odds are courtesy of FanDuel Sportsbook.

The Giants played decently in Joe Judge’s first season as coach, but the team posted a record of just 6-10. There’s a chance for some progression, but will it be enough for them to improve their record? That’s a big question, and it all boils down to the offense.

Right now, the Giants have some major questions on that side of the ball. Can Daniel Jones take the next step? Will Saquon Barkley and Kenny Golladay get and stay healthy? Will the Giants’ offensive line — and particularly, left tackle Andrew Thomas — hold up? All of these concerns are legitimate, especially the ones on the offensive line.

If the Giants can’t block well, it will be tough for Jones to take a step forward. It will also be tough for Barkley to find running room. As such, it’s hard for us to trust them as a seven-win team in 2021. We’ll take the under here, as it looks like the Giants are the third-best team in their division, behind Dallas and Washington. Plus, they have a tough schedule that will feature them against both of last year’s Super Bowl participants, the Chiefs and Buccaneers.

The Browns are, in many ways, the exact opposite of the Giants. They have so few questions on offense and figure to be one of the best and most balanced teams in the NFL. They have an elite offensive line and a young quarterback (Baker Mayfield) who took a big step forward last year. This offense has elite upside with Odell Beckham Jr. returning.

Above all else, though, the Browns have a great offensive line; it might be the best in the NFL. They’re returning all five starters up front and they should only get better after having a full year playing with each other. That gives them a high floor.

The question with Cleveland is more about the defense. That said, the Browns have added key pieces in the secondary (Greg Newsome, Troy Hill and John Johnson) and signed Jadeveon Clowney to upgrade their pass rush. Linebacker may still be a weak spot, but Cleveland has enough role players to form a solid committee there.

All told, the Browns have a strong, complete team that should be one of the best in the AFC. Getting 11 wins is a strong possibility, especially because they play the Bengals and a weakened Steelers squad twice this season. Games against the Texans and Lions should also raise their floor.

Speaking of the Steelers, they look like an appealing under bet. That may seem strange given that they started the 2020 season 11-0, but they went 1-5 in their last six, including a massive playoff loss against the Browns.

This bet is all about fading Ben Roethlisberger. The veteran quarterback hasn’t been able to stay healthy throughout his career, and at 39 it’s fair to wonder whether he’ll ever fully regain his form. He looked good during his minimal preseason action, but his arm strength still isn’t quite what it once was.

The Steelers are also starting an almost entirely new offensive line, so, if they struggle, that could slow Najee Harris and put some pass rush pressure on Big Ben.

Pittsburgh still has some upside. The Steelers have a great receiving corps and a very strong defense. But there are enough holes on this team to envision a sub-.500 finish, especially in a division that contains the Ravens and Browns.

This seems like an excellent value for the Cardinals. The team finished last season with an 8-8 record, yet the sportsbooks don’t appear to be confident in the team improving. It’s hard to understand why.

Arizona has added a lot of talent to its team during the offseason. This includes J.J. Watt and Zaven Collins in the front seven. That should bolster the Cardinals’ pass rush, and while Malcolm Butler’s sudden retirement will hurt the secondary a bit, the return of Robert Alford should help to make up for that.

On offense, Arizona is explosive and added center Rodney Hudson to the fold. That should improve the Cardinals’ play in the trenches. Meanwhile, Kyler Murray has a lot of weapons surrounding him. If he stays healthy, the Cardinals will have every chance to win double-digit games.

Of course, the Cardinals play in the NFC West, which projects to be the NFL’s toughest division. Still, they have the talent needed to beat the 49ers, Seahawks and Rams, and even if they have their share of troubles, they can take advantage of the other 11 matchups on their schedule.

Some may not want to take this risk on the off chance that Deshaun Watson does play for the Texans this year. That said, Houston is … not good. It went 4-12 in 2020 and has done little to improve the team’s outlook.

Right now, it looks like Tyrod Taylor will start at quarterback. Running back will be a mix of veterans, including David Johnson, Phillip Lindsay and Mark Ingram. The receiving corps is nothing to write home about either. And they will have countless new starters on defense as Lovie Smith searches for some way to make the personnel work there.

The Texans don’t have much high-end talent. They have a lot of role players who will be competing for playing time, so they may play hard. At the same time, they won’t be able to keep up with the NFL’s best teams, especially with Taylor and Davis Mills set to be the team’s top quarterbacks.

If something changes with Watson, then betting the over here would be appealing. But for now, feel free to fade the Texans. They have a legitimate chance of going winless in 2021.

The Rams are the second NFC West team to make this list, and you could argue that their value is even greater than that of the Cardinals. Sure, the Cardinals have to win just nine games to hit the over, but the Rams could certainly win 11 games in 2021. With this kind of juice, they’re a worthwhile investment.

Los Angeles added a major upgrade to its team during the offseason when it traded for Matthew Stafford. The veteran quarterback has long been underrated in Detroit, but now he will get a chance to pair with Sean McVay in an offense featuring two top-tier weapons: Robert Woods and Cooper Kupp.

Stafford could put together a career season with better coaching and a better supporting cast. And the Rams are certainly getting an upgrade over the inconsistent Jared Goff, with whom they won 10 games in 2020. Stafford should raise the Rams’ floor and ceiling while new defensive coordinator Raheem Morris will make sure the defense doesn’t fall off after Brandon Staley’s departure.

Like the Cardinals, the Rams are in a tough division, but Los Angeles has one of the better rosters in the NFL. The Rams will have a chance to win 11 games and will be in play for the divisional crown if Stafford stays healthy.