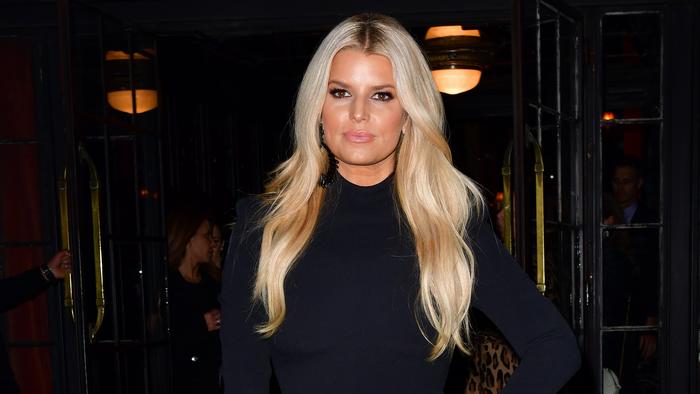 
On Tuesday, Sequential Brands Group, a company which nobody has heard of and which on its ‘About us‘ page lists the following investment highlight: “Financial Upside: Without the typical risks associated with traditional operating companies” but forgot to mention one particularly large risk, filed for bankruptcy.

And yet, for at least one washed-out former celeb, the bankruptcy was quite painful: Sequential Brands Group is a holding company which “owns, manages and licenses a large-scale and diversified portfolio of consumer brands across multiple industries.” One of those brands is Jessica Simpson, and Sequential owns the rights to the entire Jessica Simpson fashion collection.

Or rather owned, because as of Tuesday’s bankruptcy filing, the fate of its various intangible assets is a little blurry and the now insolvent Sequential is hoping to auction off what’s left of its fashion portfolio as part of a liquidation sale.

Which explains why on Monday, the day before the filing, Sequential made a deal with the Simpson family which offered to buy the former singer-turned-fashion entrepreneur’s brand out of bankruptcy for $65 million, company attorney Joshua Brody told the judge overseeing the Chapter 11 case in Wilmington, Delaware.

It’s unclear how the “Simpson family” managed to accumulate $65 million or why there is any value in a brand name that an entire generation of Americans has never heard of, but that’s what makes a market.

According to Bloomberg, Sequential will try to get a final agreement in the coming weeks to have the Simpson family act as a stalking horse bidder at upcoming liquidation auction, Brody said. Two other current partners, Galaxy Active and Centric Brands, have also agreed to serve as lead bidders for other assets, setting a floor price for the brands they are trying to buy.

Should a judge approve those agreements, Galaxy Active would make a binding initial offer of $333 million for the so-called Active Division; Centric Brands, which holds a long-term license for Joe’s Jeans, would offer $42 million for the denim and sportswear label. With anchor bidders in place, the company then plans to hold an auction to try to attract investors who will bid more for the brands.

Meanwhile, Bankruptcy Judge John Dorsey gave the company permission to borrow as much as $141 million to refinance senior debt and to help cover the costs of the Chapter 11 case; the company will return in the coming weeks to borrow about $9 million more.

According to Bloomberg, Sequential has a restructuring deal with lenders, including affiliates of Apollo Global and KKR.

The company blamed its bankruptcy on falling revenue from licensing deals and the pandemic, which began last year just as Sequential was gearing up to restructure. In its Chapter 11 petition, the company listed debts of $435 million and assets of $443 million.