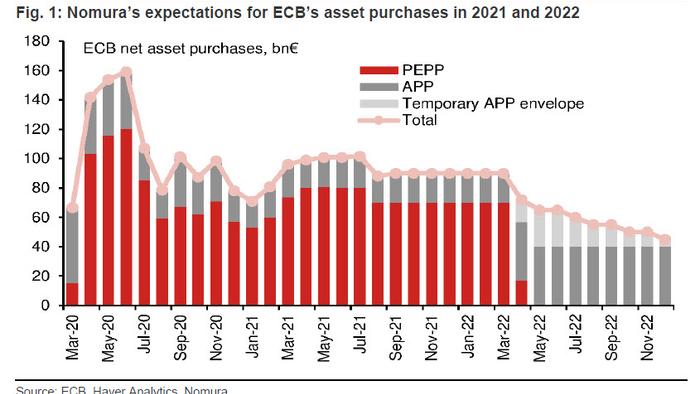 
There was a bit of a cold shower for markets this morning which were merrily levitating to new all time highs on a one-two punch of far stronger European inflation and a (hawkish) ECB governing council member saying the ECB should discuss cutting crisis aid next week.

Eurostat reported that in August, flash HICP inflation for the euroarea came in a red hot 3.0%, sharply higher from 2.2% in July and smashing expectations of a 2.7% print and coming at the highest since 2011. Core HICP inflation, excluding energy, food, alcohol and tobacco, also surged, more than doubling to 1.59%yoy, an 88bps increase.

The news of Europe’s quickening inflation promptly brought the ECB hawks out of hibernation, and in an interview in Alpbach, Austria hawkish Governing Council member Robert Holzmann said that the European Central Bank should start debating how it will phase out its pandemic-era stimulus and focus on tools that would help achieve its 2% inflation target sustainably.

“We are now in a situation where we can think about how to reduce the pandemic special programs — I think that’s an assessment we share,” Holzmann, who heads Austria’s central bank, said ahead of the Governing Council meeting next week. “We have the opportunity to discuss how do we close the pandemic part and focus on the inflation part.”

Following the inflation print and Holzmann comment, German bunds extended a decline with 10-year yields rising four basis points to -0.40%, the highest in over a month. The euro rose 0.3% to $1.1837.

While major central banks such as the Federal Reserve and the Bank of England have signaled their intention to gradually unwind crisis-era aid, the ECB has stuck to its ultra-loose policy to cushion Europe’s fragile rebound. But as Bloomberg notes, with the recovery gathering steam, the ECB will have to discuss whether to look through a recent spike in inflation, which saw consumer prices accelerate at the fastest pace in a decade this month. Naturally, like everywhere else, policy makers have said the surge will be temporary, leaving them with the elusive task of hitting their 2% target in the medium-term.

“If enough people share my opinion, we will certainly advise the Executive Board to slow down purchases in the fourth quarter and more so in the first,” Holzmann said. “We will spend as much as needed.”

The problem is that Holzmann is one of the lone hawks on the ECB council, and despite Europe’s roaring inflation, it is unlikely that the central bank with the €6.5 trillion balance sheet will do anything to reverse its auto pilot in the coming months.

So what will the ECB do?

In a recent report from Nomura’s Chiara Zingarelli, she laid out a blueprint for what the ECB’s PEPP easing could look like.

Specifically, she said that September’s ECB meeting will see it making a decision on the pace of its PEPP purchases for Q4 2021. While the ECB is likely to discuss the future of its asset purchase programmes (APP and PEPP) in September, she believes it is only likely to make a firm decision at the end of the year – once the evolution of the pandemic becomes clearer and European countries’ fiscal plans for 2022 have been published.

Below Nomura provides the key points of our ECB view ahead of the September meeting:

As Nomura concludes, “the way in which the ECB adjusts its purchases next year will be relevant for markets to the extent that any increase in the APP may be perceived as a longer-lasting form of monetary stimulus than an expansion of PEPP. While the ECB’s asset purchases will likely decline next year, once the PEPP comes to an end, the good news for markets is that higher APP purchases are here to stay. We expect APP purchases to run at a higher pace at least until the end of 2023.“