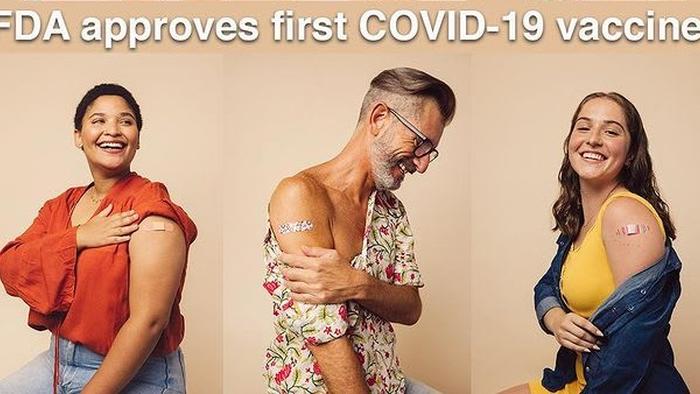 I asked here in “Emily’s Post” and on social media this week if anyone’s mind had changed about getting vaccinated after the FDA approved the Pfizer vaccine. Not one person replied “yes.”

A year ago, I would have tried to convince people that the FDA was the gold standard for COVID pharmaceuticals.

Now, I see that the agency needs to fail in order for it to be forced to make radical changes so that the public can trust that the label “approved by the FDA” means its safe.

Compounding the problem is that the FDA’s credibility gap has created a vacuum in which conspiracy theories and misinformation grow quickly. The result is many people don’t believe that the vaccine was actually approved. They don’t trust that it is safe to be vaccinated. They don’t even know who runs the FDA.

Had the FDA made the vaccines authorization and later approval process easy to understand by the public, this mess of vaccine distrust would not have happened. But the FDA refuses to work in public, deliver information in terms we all understand or even show their faces.

And all this could have been avoided if the FDA press office didn’t operate like the Cold War Kremlin. I tried to turn that ship around last year and was thrown overboard for the effort.

I was hired at the FDA during the pandemic because the Commissioner, Dr. Stephen Hahn, needed someone skilled at handling the press in a crisis at the highest levels of government.

I was a spokesman for Capitol Hill leadership during 9/11 and a press secretary at the State Department during the wars in Iraq and Afghanistan.

The strategic communications needed for COVID was no different than the wars. The FDA needed to get as much information as allowed out to the public as quickly as possible and be accessible to reporters 24/7.

Hahn asked the White House to change the Assistant Commissioner for Media Affairs position from a civil servant slot into a presidential appointment so that he could hire outside the government. This is a very rare and difficult move to make, so the White House going to all that effort demonstrated how important communications from the FDA was to Operation Warp Speed.

The commissioner told me when we first talked in early June 2020 that he needed to get the public to trust in the COVID vaccines so they would take them after the emergency use authorizations, which were expected in the fall.

Hahn said that the staff of career civil servants had no experience with the kind of media relations and strategic communications that was necessary for the COVID pandemic.

I’d worked at the State Department and had high level classified security clearance. So I knew how to share with reporters the information that was for the public and hold back what I knew was classified for security.

The State press office talked to reporters on the phone all day, every day. There were daily briefings. It was our job to give the media all the information that the public needed.

In contrast, my “media relations” department at the FDA was staffed with government employees who refused to have much of any relationships with the media.

The FDA and the media

Even though he and the chief of staff (Keagan Lenihan) warned me, I was surprised how the FDA was institutionalized not to share information with the public.

My staff would never talk to reporters on the phone. They emailed back and forth and then would only write a sentence or two of information that had been cleaned by every department in the agency, including the lawyers. I told my staff to stop copying me on emails with reporters and just pick up the phone or tell the reporter to call me. They wouldn’t do it.

As my former colleague David Gortler wrote in “Forbes” in an opinion piece called “How the FDA’s Lack of Transparency Undermines Public Trust”:

A huge part of the lack of transparency at the FDA is its press office, (including the fact that it feels like it needs one) and specifically, the press officers the FDA employs, and the sterilized, canned responses it gives to legitimate scientific inquests.

Dr. Hahn told me one of his top priorities was to get press releases to stop being pages of tedious scientific terms and make them easy to understand. Even the “beat reporters” at the FDA told me that they didn’t understand some of the press releases As a former reporter myself, I knew that the press skimmed through email story pitches to decide what made the news.

I implemented a new system in which anything that was going to be seen by the public (including the media) had to be written in layman’s terms and easy to understand. I banned acronyms. I got a couple good press releases through the massive system before I was kicked to the curb.

If I asked you to tell me what FDA Acting Commissioner Janet Woodcock looks like, you’d likely draw a blank. That’s because she is never on TV.

This was a huge frustration of mine when I was at the FDA because, as I told the staff repeatedly, news is visual. We needed press conference- on camera- to get broad TV coverage to reach most Americans. They told me that the FDA just doesn’t do on-camera press conferences. They do conference calls with reporters by phone.

The FDA stuck to their faceless communications tactic and hid Woodstock behind a phone (see her below.) They even put this phone call on Youtube. It has gotten 18,000 views. I’m sure that is reporters forced to listen to it for answers, but not a single unvaccinated person weighing a decision.

I haven’t seen any TV networks use the phone call video of the vaccine approval. More people on YouTube watched a grown man put together a Transformer toy than the FDA commissioner explaining the vaccine.

All the media coverage visuals of the FDA approval came from Pres. Biden’s press conference. The nation was shown a stuttering, blank eyed president reading a teleprompter that said that the FDA was the “gold standard.” I can’t imagine anyone found him reassuring enough to get a vaccine.

The FDA is also still phoning it in from home. When I started at the FDA in August 2020, I was shocked that none of my 20 plus person staff came to the office. The coronavirus treatments, tests and vaccines were the biggest things to ever go through the FDA, but there was no standard “war room” to strategize and determine tactics.

I told my “advisor” Michael that I wanted the staff to come back to work. He said there was no chance. Even worse, Michael – who was “acting” in my role when I was hired and took it back when I left – said he had not left his own apartment in six months. All the White House appointees worked in the office, so this wasn’t a health issue.

The FDA staff worked 8 hours a day from home and got overtime or paid leave for anything more. In any other job, I would say this is normal, but this is the FDA in a pandemic. I expected more.

The FDA campus in Silver Spring, MD looks to me like a college. But it was eerily empty whenever I went there. The FDA has to show up and work together to be a functional agency in a crisis. They can’t keep hiding behind their advanced degrees and big titles.

Hahn and his senior advisors planned that the public would agree to get vaccinated as long as there was no evidence of political interference from the White House. Their belief is that people will get vaccinated after the authorization solely based on the credibility of the FDA.

The problem with the Hahn/FDA “Deep State” plan to get people vaccinated based on their own credibility is they had no self awareness. They lived in a bubble of their own egos. Over and over, Hahn and the top officials said that the FDA label was a “gold standard.”

Click here to read the rest of the report.