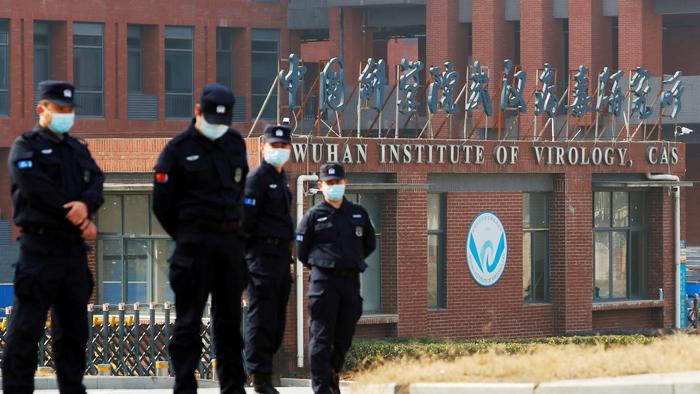 
An unclassified version of the US intelligence community’s coronavirus origins report includes an assessment from one agency which has “moderate confidence” that Covid-19 emerged from a Chinese government lab in Wuhan, while four other agencies assessed with “low confidence” that the virus has a natural origin. The rest of the US intelligence community (which was awfully confident Donald Trump was working with Russia) declined to commit one way or another.

According to the Washington Examiner‘s Jerry Dunleavy:

The one unnamed spy agency leaning toward the Wuhan lab theory with moderate confidence said COVID-19’s emergence probably involved experimentation, animal handling, or sampling from the Wuhan Institute of Virology, according to an unclassified report from the Office of the Director of National Intelligence. The four unnamed spy agencies, and the NIC, with low confidence in the natural origin hypothesis assessed that the initial infection was most likely from an animal infected with either COVID-19 or a close progenitor virus, with those analysts giving weight to China’s alleged lack of foreknowledge and the numerous vectors of potential natural exposure.

That said, US officials say a lack of cooperation from China has hampered efforts to get down to the truth. As Bloomberg notes, “China’s government was also uncertain about the virus’s origins, which was a reason Beijing didn’t cooperate.”

The report also concludes that the virus was not engineered as a biological weapon, and most agencies assessed that it was not genetically engineered.

As we noted two days ago, Beijing threatened a “counterattack” if the report blamed China for the leak.

On Wednesday, with the Biden Administration report set to be released in a matter of days, a senior Chinese bureaucrat warned during a press conference that Beijing would “retaliate” if the intelligence report fingers a lab leak from the WHO.

“We will continue to cooperate with international organizations like the WHO in their research and in their search for the origins,” said Fu Cong, director-general of the Foreign Ministry’s Arms Control Department. “But we do not accept baseless and unfounded accusations that are politically motivated. And if they want to baselessly accuse China, so they better be prepared to accept the counterattack from China.”

It wasn’t clear just how Beijing would retaliate: some speculated it could do so by sending even deadlier virus variants, or by intentionally closing down shipping ports.

By sending more variants? Or by intentionally closing down shipping ports??

After details of the report leaked on Wednesday, groups of scientists, activists and politicians said the inconclusive report demonstrated the need for further probes, according to the Washington Post.

“It is good they did that review, but I don’t think we should all move on just because it was inconclusive,” said Anita Cicero, deputy director of the Johns Hopkins Center for Health Security. “I’m actually disturbed that much of the scientific and public health community seems complacent to make their best guesses and move on without getting to the root cause of the pandemic.”