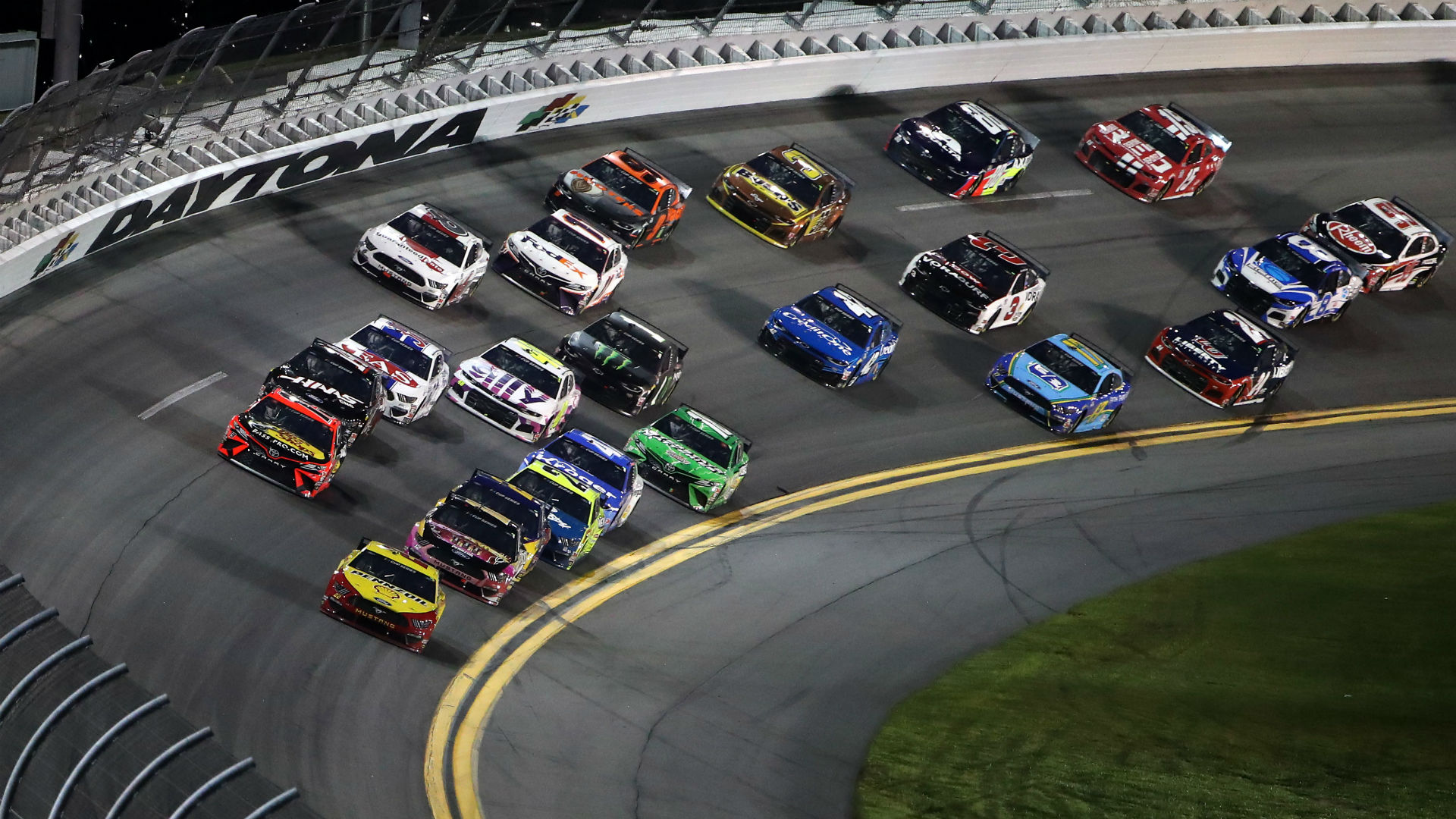 The starting lineup for Saturday’s NASCAR Cup Series race at Daytona International Speedway was set by applying the statistical formula NASCAR is using for the majority of Cup races in 2021.

NASCAR is conducting qualifying for eight Cup Series races in the 2021 season. Seven of those races have already been run; the one remaining race is the season-ending Championship 4 race at Phoenix Raceway in November.

Below is the starting lineup, which was set without qualifying, for Saturday’s NASCAR Cup Series race on Daytona’s 2.5-mile oval.

Who won the pole for the NASCAR race at Daytona?

Kyle Larson was assigned the top spot based on NASCAR’s formula for the second race in a row. The Hendrick Motorsports driver is in a good position to clinch the regular-season points championship; he is 28 points ahead of second-place driver Denny Hamlin after his third-place finish last weekend at Michigan. The regular-season champion earns 15 bonus points that are added to his beginning playoff points total.

Larson’s teammate William Byron will occupy the other spot in the front row. Byron is coming off a second-place finish at Michigan, where he lost to Ryan Blaney by 0.077 seconds after Blaney threw a block before the start-finish line.

The race will also feature a battle for the lone remaining open spot in the 16-driver Cup Series playoff field. Of the bubble drivers who can get in on points, Tyler Reddick will start 17th while his Richard Childress Racing teammate Austin Dillon will start 27th. Of the drivers who need a win to get in, Matt DiBenedetto (Wood Brothers Racing) will start the closest to the front in ninth.

NASCAR used a mathematical formula to set the starting lineup for Saturday’s race at Daytona International Speedway, the Coke Zero Sugar 400. Forty cars were entered, which means there will be a full 40-car field for the race.

Judges revealed for Hall of Fame 2022