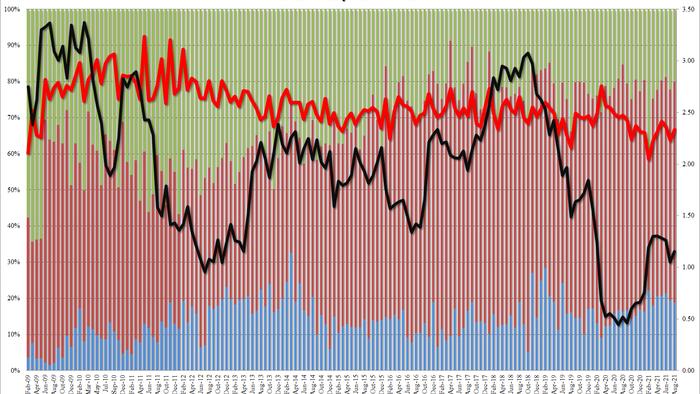 
After two Treasury auctions this week, including a stellar 2Y and a poor 5Y, moments ago the Treasury concluded the week’s coupon issuance ahead of tomorrow’s Jackson Hole video conference, when it sold $62 billion in 7-Year bonds in what was another mediocre auction.

The bid to cover of 2.336 also came in stronger than July’s 2.231 if in line with recent auctions except of course for the catastrophic February 7Y auction which sparked a spectacular move in the bond market.

The internals were solid with Indirects taking down 61.1%, the highest since January and well above July’s 58.4%. And with Directs taking down 18.9%, Dealers were left with 20.1% of the auction, both in line with recent results.

Overall, a solid auction despite the modest tail, and certainly an improvement to yesterday’s rather dismal 5Y auction which pushed yields to session highs. Indeed, the 10Y has dipped from 1.36% just ahead of the auction to sub-1.35%.