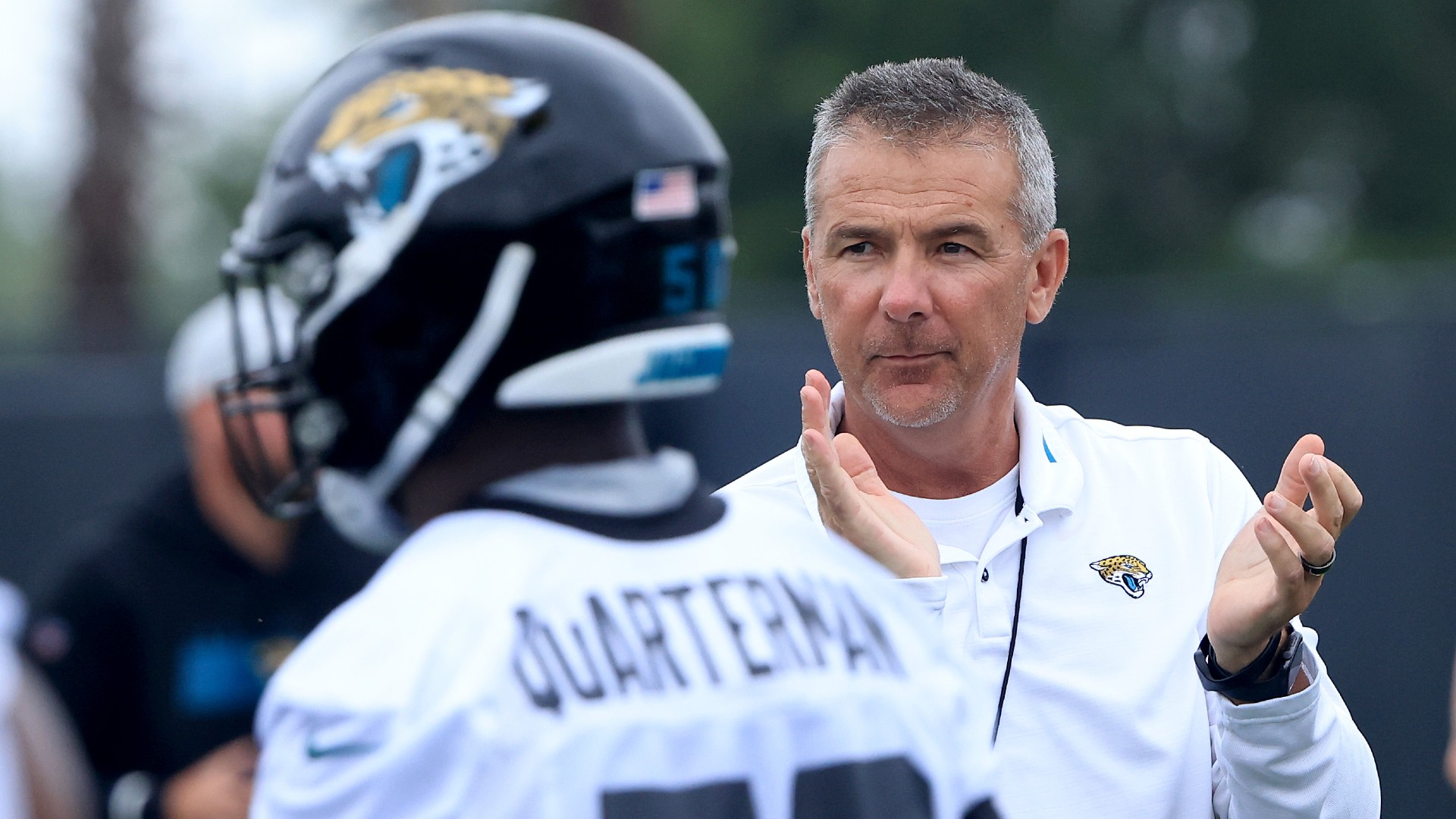 The Urban Meyer experiment is off to a rough start in Jacksonville.

Meyer has faced plenty of criticism ahead of the 2021 NFL season, from his decision to bring in Tim Tebow as a tight end to his unwillingness to name No. 1 overall pick Trevor Lawrence the Jaguars’ starting quarterback. (Meyer finally confirmed what everyone else already knew on Wednesday, telling reporters that Lawrence is at the top of the QB depth chart.)

“He’s got to change a few things. He brought a bunch of college-like things to the program, which I don’t necessarily agree with,” Prisco said. “And I’ve heard some of the players aren’t thrilled with him either, including having a microphone on the field, one of his assistants on the field during practice with a boom mic, telling everybody to hydrate and hustle and get to the next period.

“So, obviously he’s a work in progress. He’s been a good football coach everywhere he’s been. It’s a lot different when you recruit guys to your school and have a bunch of the top players, the five-stars, than it is trying to build something. So, it’s going to be a challenge. I’m not giving up on what he can do in his first two games. I don’t think that’s fair to him. I don’t think it’s fair to the quarterback. But they’re not off to a good start.”

The Jaguars have struggled in the preseason, losing their first two games against the Browns and Saints, and the offense in particular has been a mess. As Sporting News’ Jacob Camenker noted, they have as many three-and-outs as they do points during Lawrence’s eight drives. To make matters worse, rookie running back Travis Etienne will miss the entire 2021 campaign after suffering a foot injury.

If Jacksonville can’t make significant improvements, the blame will fall at Meyer’s feet. He has been given, as Prico put it, “carte blanche” by the Jaguars’ front office.

“From everything he’s changed inside the building — they’ve added a bunch of new things, cryotherapy, all kinds of stuff has been added in that building at his request,” Prisco said. “He has the biggest coaching staff in the NFL. It’s enormous, so he got everything he wanted there. There’s a trainer, a stretching coach, for every position when they stretch so that they all get the proper stretching. The team has gone above and beyond what he has requested, so now he has to win.

“And the problem is he said he had the best of the best on his coaching staff. It’s clear that that offense is a disaster right now. They have no idea what they’re doing. … They have problems. They have a week to kind of fix them, or a couple weeks before the regular season. But right now, they do not look very good.”