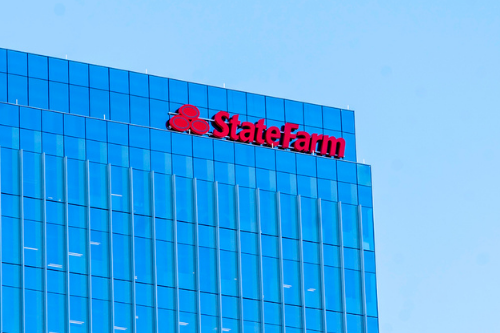 To bring the story into perspective, the Chicago Sun-Times reached out to both CFA and CEJ to look into the amount of money auto insurers made in Illinois, the amount of money that they refunded, and the additional revenue they generated thanks to fewer accidents in 2020.

The consumer advocacy groups concluded that the insurers’ windfall amounted to what could have been another $99 (on average) refund per car in Illinois, on top of whatever relief customers received in 2020.

“They were using premiums that had no relationship to the world as it existed,” CFA insurance expert Douglas Heller told Chicago Sun-Times.

State Farm is being held as a particularly egregious example. In California, where the law requires insurers to make refunds when claims are lower than expected, State Farm paid its customers $400 million in refunds; those refunds amounted to roughly $100 per policy.

By comparison, Illinois does not have similar laws. In two bulletins last year, the Illinois Department of Insurance only gave suggestions that insurers share their pandemic earnings with consumers. Most Illinois consumers did not see any change to their auto insurance rates last year.

But also last year, State Farm awarded chairman, president, and CEO Michael Tipsord an $18 million bonus – in addition to his $2.1 million salary – for good business in 2020. The company paid over $44 million in bonuses to its top executives in 2020, more than double the amount in 2019, reported Chicago Sun-Times.

Heller added: “I hope there’s a lawmaker that’s calling the insurance commissioner and saying, ‘How do we change that law?’ Because this is really unacceptable.”

“As we pointed out in letter after letter to insurance regulators throughout 2020, it was crystal clear that insurers’ premium relief was woefully inadequate,” said CFA director of insurance and former Texas state insurance commissioner J. Robert Hunter.

In addition, Chicago Sun-Times looked into another Illinois-based insurer, Allstate, and found that the company increased the total compensation of its CEO, Thomas Wilson, by 7.7% in 2020. The insurer also managed to continue with its acquisition of National General for $4 billion and Safe Auto for $300 million last year.