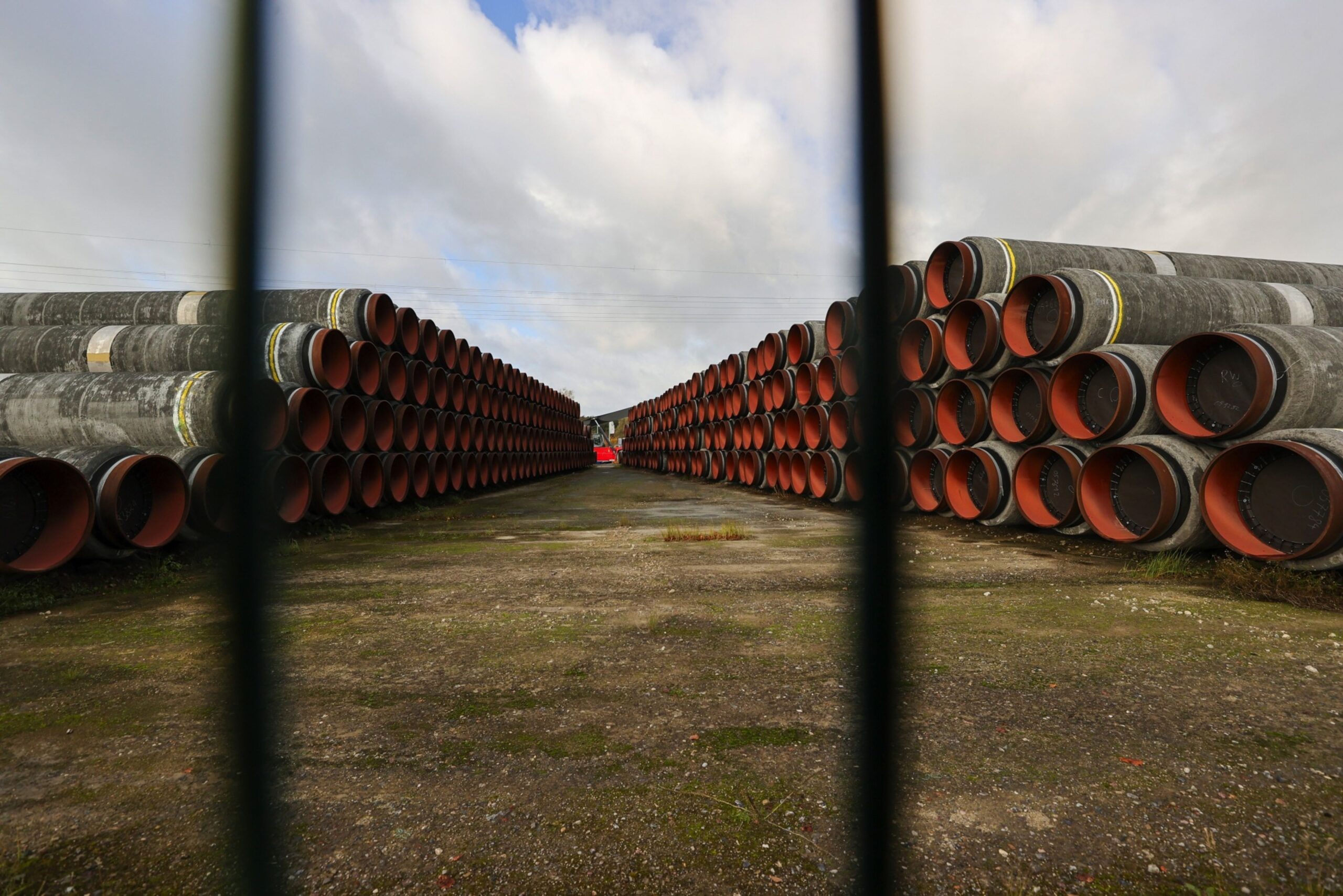 The Biden administration imposed sanctions on two Russian entities over their involvement in the Nord Stream 2 pipeline project, but is leaving in place a waiver that spared the company overseeing the construction and its top executive.

The U.S. listed St. Petersburg, Russia-based Nobility, and a Russian insurer, Constanta, that was established after other insurers backed out of the project under threat of sanctions, according to three people familiar with the report that went to Congress on Friday. They asked not to be identified because specifics of the report aren’t public.

The designations, which also include a supply ship, the Ostap Sheremeta, mean the Biden administration has now identified 23 entities or people for sanctions over the pipeline, which will run from Russia to Germany and which the U.S. says would give Moscow a strangle-hold on Europe’s energy security.

Even so, Russia and Germany have been determined to go ahead with the pipeline, which is nearing completion. The U.S. has held off more severe punishment because Biden has concluded doing so would sour relations with Germany, a key ally, while failing to stop the pipeline from being built.

In a previous Nord Stream 2 report in May, the State Department said that Nord Stream 2 AG and its chief executive Matthias Warnig are engaged in sanctionable activity under U.S. law, but that the administration would waive penalties for national security reasons.

That waiver, which remains in effect, was sharply criticized by Republicans in Congress who said sanctioning the company itself was one of the few ways to actually stop the pipeline.

In July, the administration agreed to a deal with Germany that threatens new sanctions on Russia if it uses energy as a weapon. The deal also offered new help to Ukraine, which opposes Nord Stream 2, to strengthen and modernize its energy sector and ensure reverse flows of gas to the country if Russia tries to cut off supplies.

Ukraine’s President Volodymyr Zelenskiy is set to visit the White House by the end of August, when the two sides will also discuss ensuring Ukraine isn’t squeezed by the pipeline.

Photograph: Sections of Nord Stream 2 pipes at the Baltic port of Mukran on the island of Ruegen in Sassnitz, Germany, on Wednesday, Nov. 4, 2020. Photo credit: Alex Kraus/Bloomberg.