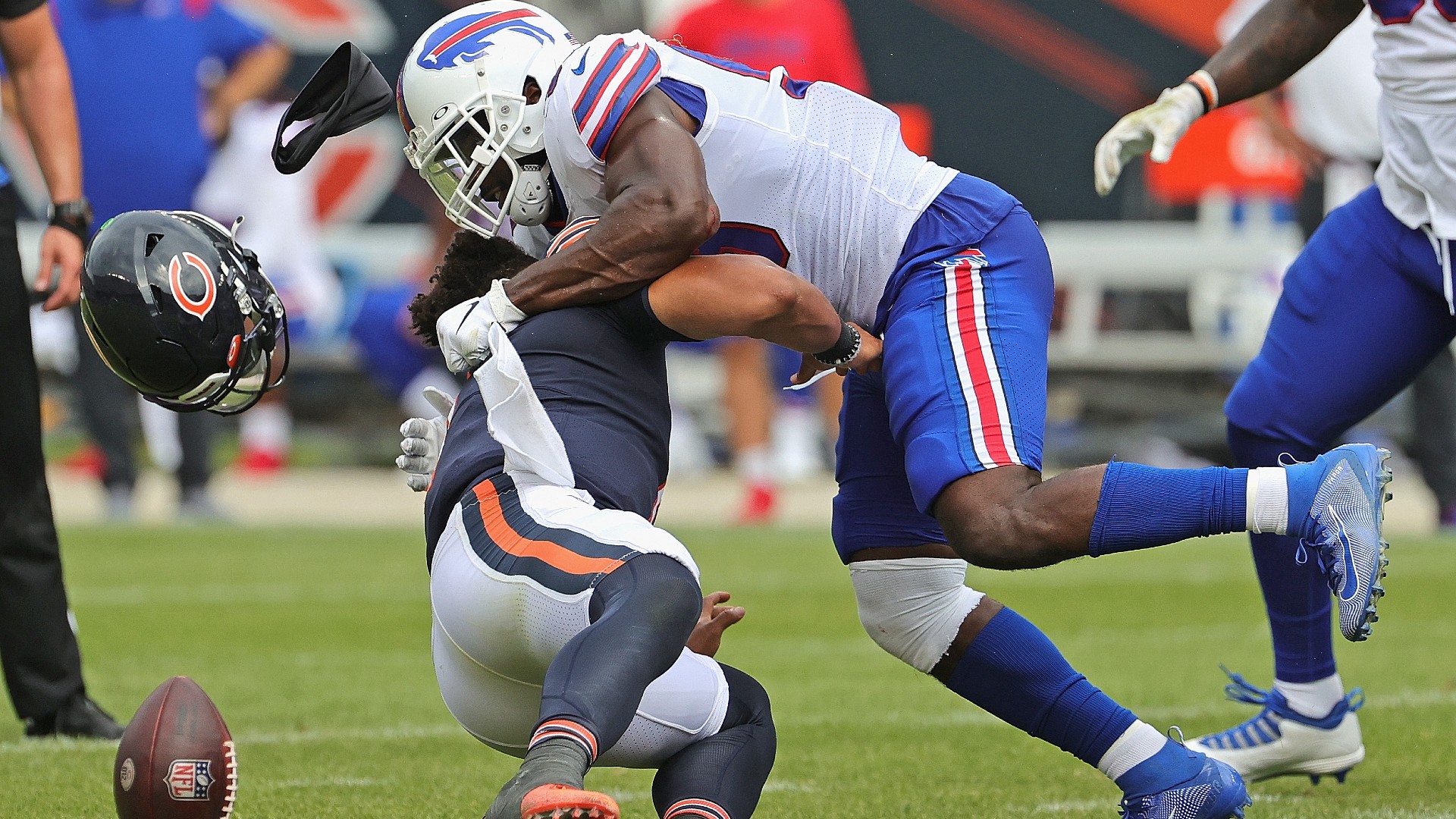 Justin Fields tore up the Dolphins in his first taste of NFL action with the Bears and said afterward that the game felt a bit slow.

He took a big hit against the Bills on Saturday and then clarified those comments.

Fields was standing in the pocket during the fourth quarter and got hit hard by Bills linebacker Andre Smith, who rushed in unblocked from Fields’ right to take him down, knocking his helmet and headband off in the process. Smith was called for roughing the passer, so the Bears gained yards on the play. Fields stayed in the game.

After the game, Chicago Sun-Times reporter Jason Lieser tweeted Fields’ clarification. Fields said that he meant to say it felt slow playing against a defense that was resting a number of key players as compared to practicing against a Bears defense that fielded all its top players.

“I don’t want to come off cocky or like I already made it. I’ve got a lot of work to do,” Fields said, according to Lieser.

In his preseason debut, Fields completed 14 of 20 passes for 142 yards and a passing touchdown, while also rushing four times for 38 yards and a touchdown. After that performance, Fields said the speed of the game “was actually kind of slow, to be honest with you.

“I think I was expecting it to be a little bit faster. But practicing game speed, going at it with my teammates every day, of course, you know, we have a great defense so, me going against them every day, it definitely slowed the game up a little bit for me,” Fields said after facing Miami. “I felt comfortable out there, and of course I have room to grow, so I’m just going to try to get better each and every day.”

Chicago fans were excited Saturday to get another glimpse at the rookie signal-caller. The stadium was roaring with chants of “We want Fields” before the game, and he received a nice ovation when he entered.

Fields wasn’t quite as sharp against the Bills, going 9 for 19 for 80 yards and rushing four times for 46 yards.

Still, the dual-threat quarterback made highlight-reel plays with his arm and his legs.

Saturday’s game won’t diminish the excitement Bears fans have for Fields, even as they watched Chicago’s last “franchise QB,” Mitchell Trubisky, go 20 of 28 for 221 yards and a touchdown against the Bears’ defense. But it might make Fields think more carefully about his comments the next time he talks about the speed of the game.