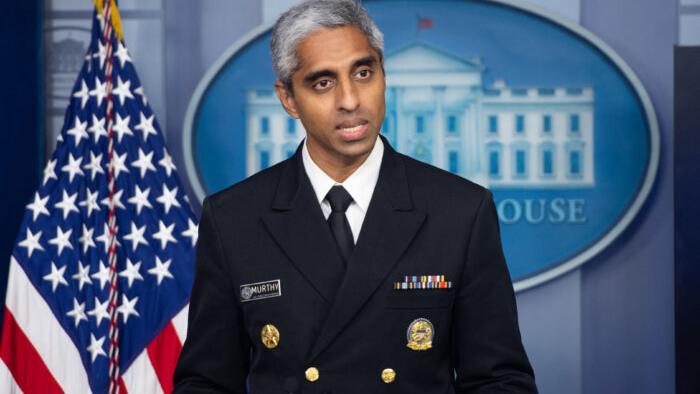 “I think what’s very important for people to know is that if you’ve gotten both shots of your mRNA vaccine, you are fully vaccinated right now; you have full—you have a high degree of protection against the worst outcomes of COVID-19,” Murthy told reporters during a virtual briefing.

The definition of fully vaccinated could prove key in the coming months. More and more jurisdictions are requiring proof of vaccination to enter businesses. At some point, people could be required to show proof of having received three doses, especially if health officials signaled their support.

Murthy suggested that could come later, pending authorization from the Food and Drug Administration (FDA) and a recommendation from the Centers for Disease Control and Prevention’s vaccine advisory panel, known as ACIP.

“Our recommendation down the line, pending the advice and the review of the FDA and ACIP … is that we believe that that third dose will ultimately be needed to provide the fullest and continual extent of protection that we think people need from the virus,” Murthy said.

Experts are keeping a close watch on whether vaccine mandates will transition into requiring booster.

“Haven’t heard this debated yet… but in case the Covid events of the past month aren’t messy enough, wait for this one: When—and how—do vaccine mandates transition into booster mandates?” Bob Wachter, chair of the University of California San Francisco’s Department of Medicine, wrote on social media this week.

Asked later on CNBC if CEOs should consider mandating boosters, Murthy said, “In my mind this doesn’t change what workplaces are doing.”

“Right now, if you’re a business that’s thinking about putting in requirements for vaccines, if you’re a university that’s considering that, nothing in today’s announcement should change what you’re doing,” he added.

A registered nurse prepares a dose of the Pfizer COVID-19 vaccine in Wilmington, Calif., on July 29, 2021. (Mario Tama/Getty Images)

Murthy and other officials on Wednesday announced their plan to get even healthy adults booster shots of the two vaccines built on messenger RNA technology.

The vaccines, from Pfizer and Moderna, are by far the most widely administered in the United States. Each requires two shots, spaced several weeks apart.

The only other jab authorized for use is made by Johnson & Johnson. It is a single-shot jab.

Officials right now are recommending people, starting in mid-September, only get a booster if they’ve received the Pfizer or Moderna series. Officials made their announcement while the Food and Drug Administration considers whether to expand authorization for three doses to all adults, after recently expanding it for some with weak immune systems.

The booster recommendation stems from a growing body of evidence showing vaccines have become less effective at preventing infection by the CCP (Chinese Communist Party) virus, which causes COVID-19.

Officials are saying people should get the third dose around eight months after they get their second dose.

“We did see that around the six-month mark in the data, you start to see increases in mild-to-moderate infection. But we know that the most important purpose of the vaccine is to keep us out of the hospital and to save our life. It’s to prevent against hospitalizations and death. And fortunately, we’re seeing that still holding at a high level, which is good news,” Murthy said.

“But our anticipation is that if the trajectory that we are seeing continues, then we will likely see, in the future, an increase in breakthrough hospitalizations and breakthrough deaths.”