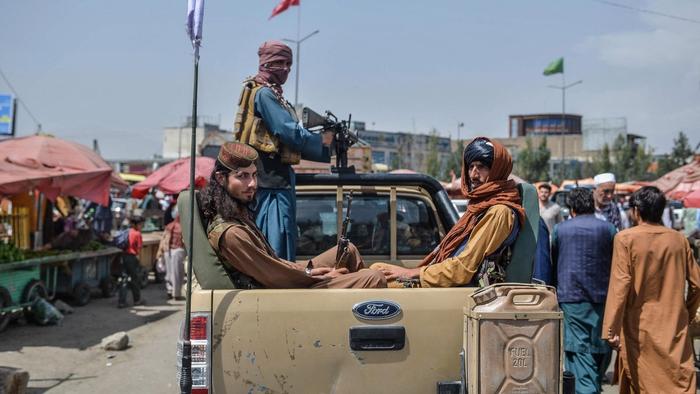 
If Monday marked the Taliban’s first day officially in control of the entirety of Afghanistan after conquering almost the entire country with very little resistance from the Afghan National Army (which had 4x the number of troops, yet deserted en masse after their American overseers left), then Tuesday represents the start of Taliban control, and what we’re seeing is hardly a surprise: the Taliban is taking steps to burnish its international reputation while continuing with its traditionally brutal practices (summary executions, burkas for women etc).

Reports on Tuesday claim that “negotiations” are under way to hash out the shape of the new Afghan government, and most “experts” are telling the American press the Afghan government will be ruled entirely by the Taliban, with little to no political opposition allowed. And while the Taliban have largely refrained from executions and violence in Kabul (there has only been one summary execution so far, according to WSJ, and the victim was an ISIS leader), reports claim that executions have continued in the provinces, and that burka shops have been doing a brisk business, according to Bloomberg.

As President Biden sends another 1,000 troops to protect the airport in Kabul, it’s looking like US troops will face off uneasily with the Taliban, whom they have been fighting for 20 years. The Taliban have wasted no time, setting up check points at the airport and turning away anybody without a diplomatic reason for leaving.

The Taliban has vowed there will be no reprisal killings, and issued an amnesty for government officials (as it had promised). However, reports surfaced on social media claiming that people were being arrested and executed outside of the capital.

Taliban largely showing restraint in #Kabul, which the world is watching closely.

But very different story in other cities/provinces, where there have been summary executions/revenge killings of govt officials, captured soldiers, and civilians affiliated with govt.

At the checkpoints, Taliban soldiers have been scanning people’s phones for any communications in English and other illicit content.

But American media outlets continued to crow about how “civilized” the Taliban appeared. The other day, a CNN reporter remarked that a crowd of Taliban soldiers chanting “death to America” seemed remarkably civil.

Western media seized on a report where a Taliban leader appeared on air with a female anchor whose face was uncovered. Mawlawi Abdulhaq Hemad, a key member of the Taliban media team appeared on Tolo News, a popular local channel, with the woman anchor, Beheshta Arghand to discuss the policies and administrative plans now that the Taliban have regained control of the Afghanistan. In a sense, the group now controls more of the country than they did when they were ousted by US forces in 2001.

As far as the structure of the new government, WSJ reports that former Afghan President Hamid Karzai, former chief peace negotiator Abdullah Abdullah and former Islamist warlord Gulbuddin Hekmatyar, who initially allied himself with the Taliban but then reconciled with Kabul, have all remained in the Afghan capital after President Ashraf Ghani and most of his government fled the country on Sunday.

The NYT meanwhile, said the Taliban sought to present themselves as a “responsible steward” of the country, while also claiming that the US military has “restored order” at the airport in Kabul.

Hekmatyar, in an interview with the BBC’s Pashto-language service, told the Kabul-based politicians he wanted to talk about sharing power with the Taliban. Some have speculated that the Taliban might pursue a more moderate government in an effort to court international aid.

Haroun Rahmini, an assistant professor of law at the American University of Afghanistan, which has suspended operations indefinitely as the world waits to see if the Taliban will allow women to continue their educations, says now that the Taliban are totally dominant, any new government that emerges will be of their choosing, rather than a more neutral interim setup. He said it was unclear whether the Taliban would be “generous in their triumph.”

As President Biden makes excuses and tries to shift blame for the disastrous pull out, some Democrats are considering allocating a portion of their $3.5 trillion budget plan toward refugee resettlement for those fleeing Afghanistan, three Hill sources familiar with the early discussions tell Axios. Fundamentally, many Democrats are standing by the position that Biden did the right thing, and that the US should do right by the legions of interpreters and others who worked with the American military. At least one state is already stepping up: Maryland Gov. Larry Hogan said the state will receive a larger share of interpreters than originally planned.

As the Taliban confiscated guns from the homes of some former government workers and civilians, fruit sellers returned to the streets, along with other vendors, on Tuesday, as the Taliban offered what the NYT described as “vague assurances” to women. Some have already said women in parts of the country have already been told not to leave home without a male relative.

The United Nations secretary general, António Guterres, said on Monday that his organization was “receiving chilling reports of severe restrictions on human rights” across Afghanistan. “I am particularly concerned by accounts of mounting human rights violations against the women and girls of Afghanistan,” he said at an emergency meeting of the Security Council.

Without US assistance, the Taliban are about to inherit a country with a devastating drought that has already caused widespread hunger. This could inspire them to appear to “play ball” with the international community on issues like women’s freedoms. That is, until they get what they want, then abandon all pretense of wanting to cooperate with the west.