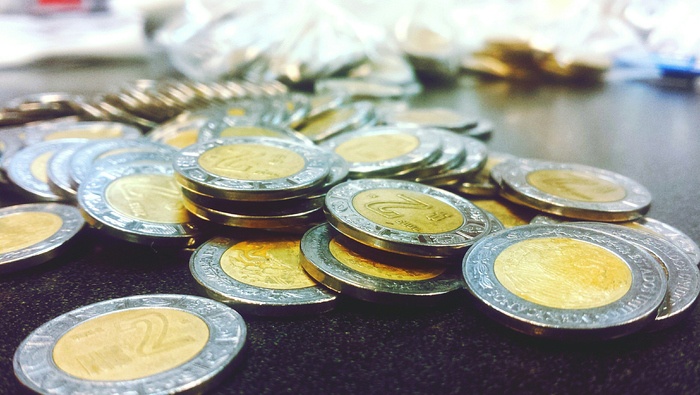 The Mexican peso cleared a key hurdle on Wednesday on its way to further appreciation, after inflation data in United States failed to trigger a jump in treasury yields. Earlier today, the Bureau of Labor Statistics released consumer price data for the previous month. According to the report, headline CPI stayed unchanged at 5.4% y-o-y while the core index ticked down two-tenths of a percent to 4.3% y-o-y, in line with consensus expectations.

Moderating inflation (relative to what has been recorded earlier in the year), especially in the category that excludes food and energy, may give the Fed more cover to be patient before removing policy accommodation while waiting for “substantial further progress” in the economy. All this means that a quantitative easing tapering announcement may not come in the next couple of months, but towards the end of the year, perhaps in December, an scenario that would slow the recovery in long-term rates and support EM FX.

BANXICO IN THE SPOTLIGHT

Moving on to domestic catalysts for MXN, Banxico’s rate decision will take center stage on Thursday. The central bank is expected to raise the overnight rate by 25 basis points to 4.50%, following an increase of the same magnitude at the June meeting. As the move is fully priced in, traders will focus primarily on forward guidance to determine whether the bank will continue to tighten monetary policy in the coming months to contain rising inflationary pressures.

Although Mexico’s inflation slowed slightly in July on waning base effects, the underlying dynamics have not changed significantly, making policy makers very uncomfortable.As a reminder, Banxico seeks to achieve inflation at the rate of 3% over the long run, plus or minus one percentage point, but last month, headline CPI came in at 5.81% year-on-year, well above the tolerance band.

With CPI expectations trending higher and uncertainty about the overall inflation outlook amid rising pressure from core components, the bank could subtly suggest that the recent adjustments are part of a tightening cycle. A hawkish message will lead traders to price in more rate hikes for the year, a fact that would support the Mexican peso and weigh on the USD/MXN exchange rate at least until the Fed’s Jackson Hole summit (at that point, the narrative may change again).

USD/MXN has pivoted lower after colliding with its 200-moving average and now appears to be headings towards a key support near 19.80. If sellers manage to push prices below that floor, downside pressure could strengthen, triggering a move towards the 2021 low near around 19.60.

Alternatively, if USD/MXN manages to reverse higher following Wednesday’s slump, the first resistance to consider appears in the 20.20/20.25 region. Should this technical barrier be taken out, we could a jump towards the June high at 20.75.