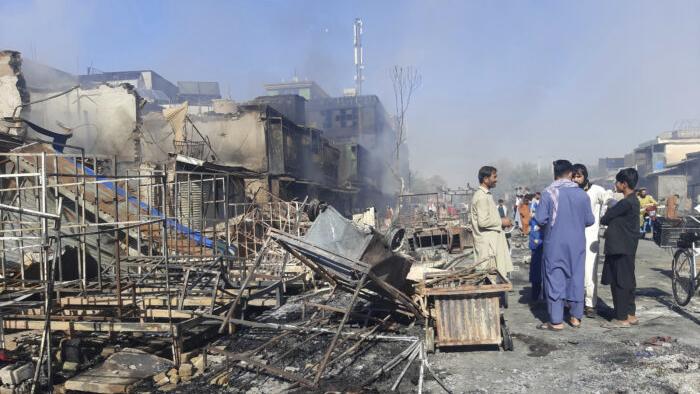 The Taliban terrorist group took a sixth provincial capital in about as many days in northern Afghanistan amid claims that government forces simply retreated without fighting.

Samangan’s deputy provincial governor, Mohammad Dawood Kalakani, confirmed the takeover of Aybak, the capital, to international news outlets. Now, he said, the Taliban was “in full control” while a Taliban spokesman wrote that all government and police installations in Aibak were “cleared.”

“They said Afghan forces retreated from the city without fighting,” according to the outlet.

It came as, over the weekend, Taliban forces took over the strategically important provincial capital of Kunduz, where U.S. coalition forces were stationed for decades before their withdrawal this year. Samangan is the fifth northern Afghanistan province to be captured by the Taliban in less than a week.

A local journalist on Monday told CNN that Taloquan, the capital of Takhar Province, was also captured by the Taliban.

The terrorist group, which was partially blamed for the Sept. 11, 2001, terrorist attacks, went on the offensive in recent weeks after U.S. forces started withdrawing after nearly 20 years of war and occupation. President Joe Biden said in June that the drawdown of all American forces will end on Aug. 31, although there were unconfirmed reports that American B-52 bombers and gunships struck Taliban targets in Shebergan, Afghanistan, over the past weekend.

On Sunday evening, Muhammad Naeem Wardak, a spokesman for the Taliban’s political bureau, said there is no ceasefire between the group and government forces, while warning the United States not to further intervene.

“The Afghani government is the one who chose to start the war in different provinces,” Wardak told Al Jazeera Arabic.

“The measures that (the) Taliban took were in response and reaction to the government attacks and actions.”

Another spokesman for the terrorist group, Suhail Shaheen, told the Qatar-owned news network that it has “the capabilities” to capture cities, claiming the Afghan government instead “launched an offensive against us,” leading to a military response.

The U.S. Embassy in Kabul, meanwhile, called on all Americans to immediately leave Afghanistan in any way they can, warning that government-sponsored flights out of the country might not be provided in the near future.

“The U.S. Embassy urges U.S. citizens to leave Afghanistan immediately using available commercial flight options,” the embassy wrote over the weekend. “Given the security conditions and reduced staffing, the Embassy’s ability to assist U.S. citizens in Afghanistan is extremely limited even within Kabul.”