US futures for the , , and all dipped on Monday, at the start of weekly trading, while European stocks were at a standstill. The week opened on  as investors try to get their bearings after US equities hit back-to-back records last week, even as speculation has been growing that monetary tightening from the Fed will come sooner than expected as the US economy grows at a faster pace than anticipated.

With the prospect of a stronger dollar after Friday’s upside surprise, commodities are being sold off this morning, though gold has climbed back from last week’s flash crash. However, we expect the yellow metal to encounter resistance shortly.

European stocks on the were little changed this morning, as energy-related shares followed commodities lower, offsetting gains in technology companies. Royal Dutch Shell (AS:), Total (PA:) and BP (LON:) declined on both the strengthening dollar, as well as the escalating Delta variant contagion in Asia, which has the potential to hit summer demand amid social restrictions.

Metal prices were among the commodities hit, dragging down miners including BHP (LON:), Glencore (LON:) and Rio Tinto (ASX:). The pan-European benchmark was in a holding pattern on Monday after last week posting its strongest week since mid-March, a full year after global stocks bottomed in 2020, producing the worst selloffs since the 2008 financial market crash.

Earlier, most regional Asian markets were up. South Korea’s was one of the few regional indices in the red, -0.30%, with foreign net selling weakening the , as investors bet on the Fed cutting stimulus after Friday’s US jobs beat.

Australia’s closed flat, with gains in financial sector shares ahead of additional earnings releases this coming week, and after US jobs growth set the tone for global central bank tightening, were offset by a selloff of miners, a key sector in the Aussie economy, amid gold’s plunge.

The outlook for higher rates, including on the benchmark note, triggered a selloff in Treasuries, as investors sought higher payouts.

The sharp drop pushed yields up, threatening a small double-bottom, just after the 50 DMA fell below the 200 DMA. This happens when recent prices perform poorly relative to the longer view, a bearish signal. If yields climb past 1.32, the small bottom will be complete, and rates will take on the 50 DMA, which has been tracing the downtrend. 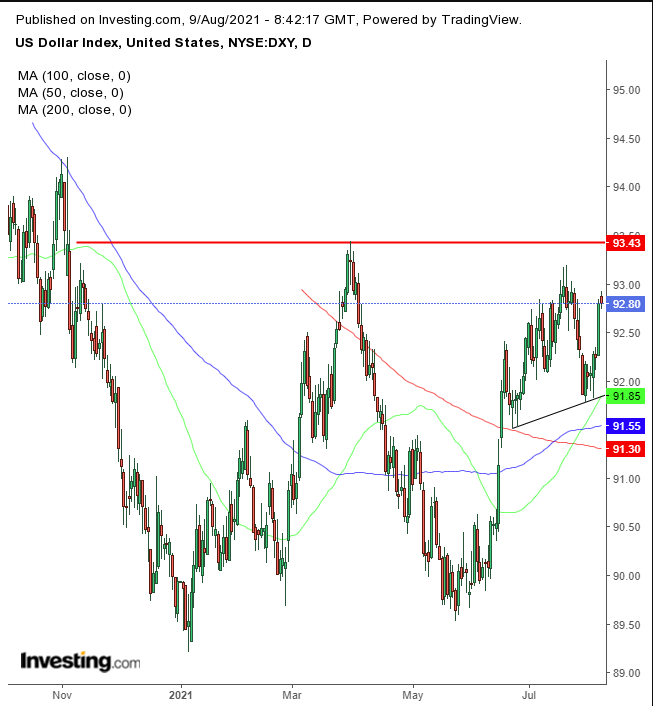 The greenback has been trading according to a small H&S top since late June, which the USD is about to blow out. If it keeps going any higher it will be the catalyst for the price to finally overtake the Mar. 31 high of 93.43, completing a massive double-bottom. The 50 DMA crossed over the 200 DMA, supporting the neckline of the would-be H&S top, triggering a Golden Cross, a display of price strength.

suffered a flash crash last week, when traders suddenly readjusted their holdings in the precious metal following both the jobs data and the hawkish Fedspeak. Stop-losses were triggered amid thin volume, as safe haven investors shifted into Treasuries. 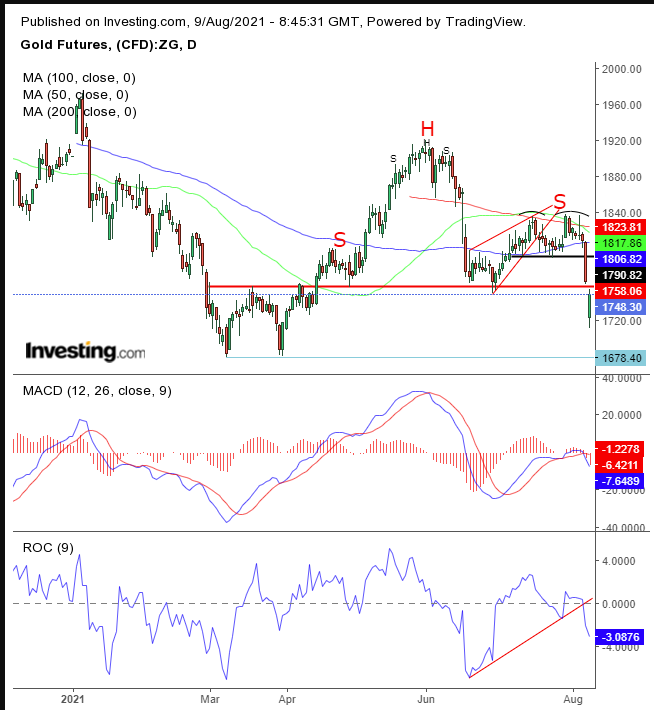 recovered its earlier losses. Otherwise, yesterday’s moderate decline would have extended. Given how hard gold fell, and how robustly the dollar strengthened, it’s impressive that Bitcoin has been able to maintain its levels. 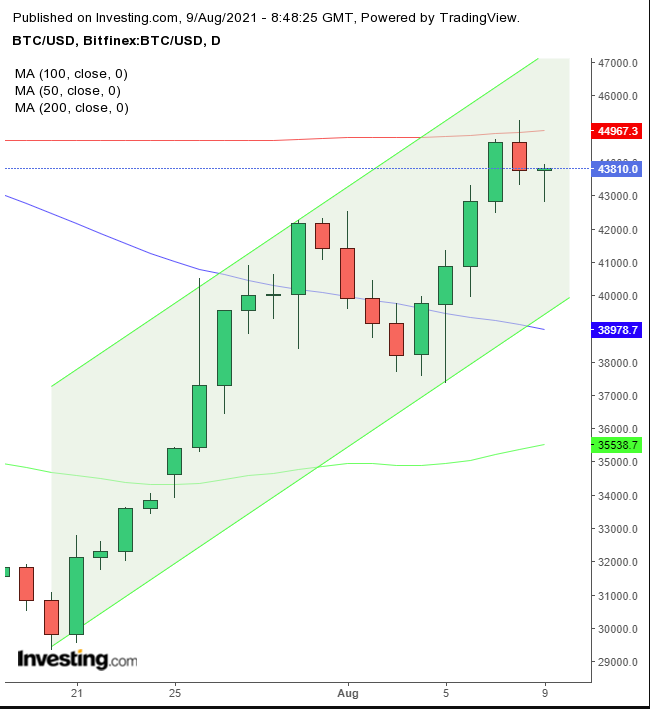 The cryptocurrency found resistance yesterday by the 200 DMA. Still, even if it dips, we’d consider it a short-term correction within an uptrend.

extended a selloff after the worst weekly decline since October on growing fears that the persistent coronavirus will ruin summer vacations, . 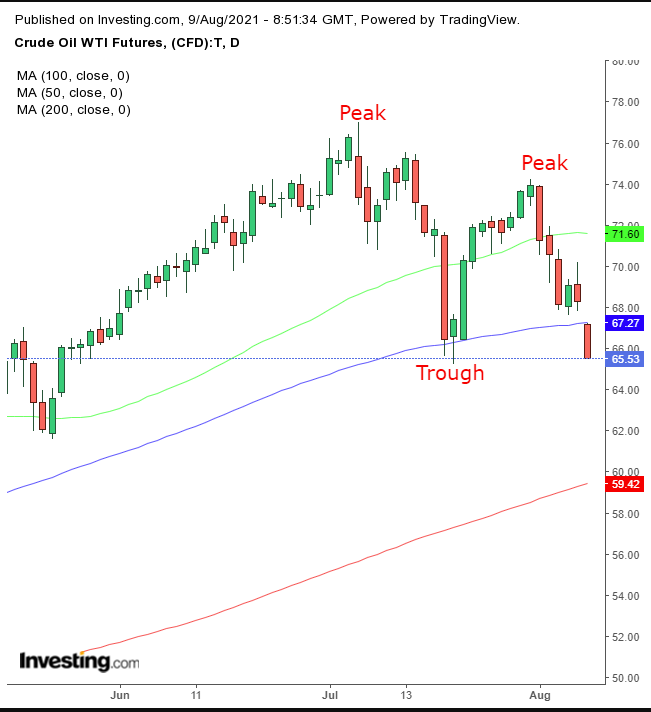 WTI is trading at the bottom of the session after gapping down below the 100 DMA, threatening to post a lower trough, establishing a downtrend.