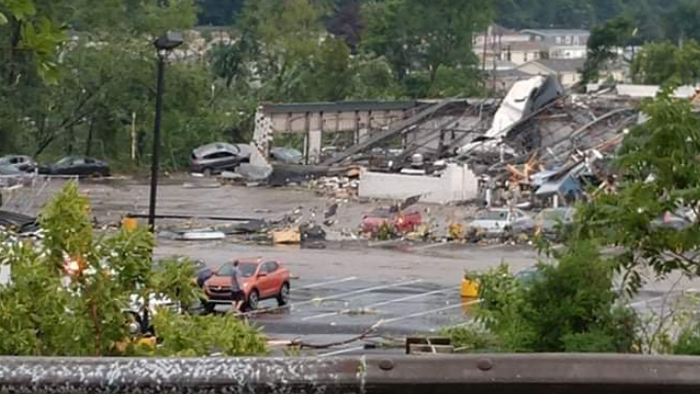 
Multiple tweets indicate a powerful tornado has demolished buildings in the Bensalem Township, a township in Bucks County, Pennsylvania, that borders the northeast section of Philadelphia.

The area was under a tornado warning when a “confirmed” tornado ripped through the township.

A car dealership appears to have collapsed.

Here’s a video of the collapsed building. There are reports of people “screaming underneath the debris.”

The building has collapsed onto numerous people following a potential tornado. Witness reports show people are screaming underneath the debris. pic.twitter.com/51kMTrKFmy

More views of the damage and storm.

🚨Please do NOT venture out on the roads in Bensalem. Please allow emergency crews to get through and help our community. The photo below by Jeff Camp: Old Lincoln Highway by the Penn Valley Terrace Trailer Park. pic.twitter.com/yrBEhZbEYF

#Bensalem
Unconfirmed reports of possible tornado having travelled through the area. pic.twitter.com/UtNTToa85f

*This story is still developing…