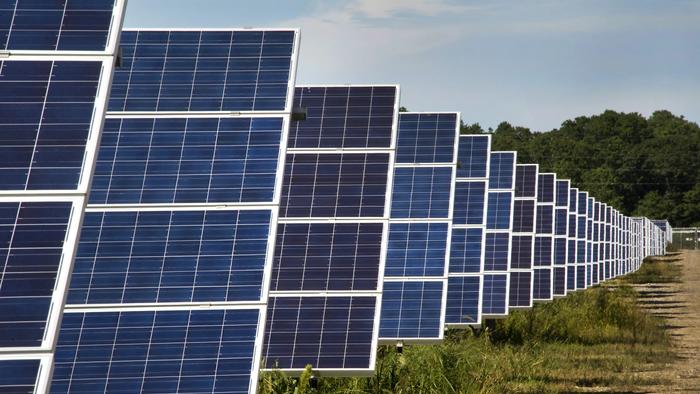 
Rich liberal Californians may talk a big game – driving their (coal powered) Teslas to various ‘green’ charity events where they try to one-up each other over who’s got the smallest carbon footprint.

But when it comes to actually ‘going green’ – there are limits. Big ones.

For example, via Bloomberg:

Like many who live in this pastoral valley near Livermore, Calif., Chris O’Brien is a believer in renewable energy. The 61-year old logistics business owner outfitted his barn with solar panels that power his 50-acre ranch where he grows oat hay, raises horses and grazes cattle.

“Everyone here is in favor of green energy,” O’Brien said.

But that support has its limits. When he learned of plans to build a giant solar farm next door to his property—the kind of project that would help meet the state’s clean energy goals—O’Brien decided he had to fight it. It was exactly the sort of thing that would spoil the rural landscape that he says should be protected by a local anti-development measure.

“It would be a sea of glass,” said O’Brien. “It disturbs the environment.”

O’Brien is part of a cadre of ranchers, farmers and ‘environmentalists’ opposing what would be the largest solar plant in the Bay Area – a clash which Bloomberg notes ‘offers a preview of potential disputes that could slow the ambitious push by California and the Biden Administration to develop clean energy to combat climate  change.’

The NorCal NIMBYs have banded together to oppose the Aramis Renewable Energy Project – which would cover around 350 acres of private pastureland with over 300 eight-foot-high solar panels which can generate 100 megawatts of carbon-free electricity. The installation, developed by Intersect Power, would be enough to power 25,000 homes every year. The proposed site – located around 50 miles east of San Francisco, also includes battery energy storage.

“Anyone who understands the scale of the climate crisis knowns we need to go faster and we need to build at a much larger scale,” according to Sierra Club regional director, Carlo De La Cruz, who supports the Aramis project. “California is one of the most progressive states when it comes to climate policies, but we still need to build more clean energy to meet our climate targets.”

Opponents of the project – including O’Brien’s “Save North Livermore Valley” group and the Ohlone Audubon Society, recently sued the county of Alameda for approving the farm – claiming that the renewable energy installation would violate an open-space preservation measure approved by voters. Some of the same citizen groups have also opposed a separate, smaller installation that was recently canceled by a different developer.

“We moved out here 25 years ago, and one of the reasons we did is the zoning only allows one house for 100 acres,” said O’Brien. “There is nothing in the zoning or general plan that permits this type of use.”

Biden has set an ambitious target of ridding carbon from the U.S. grid by 2035. To meet its goal of a carbon-neutral grid by 2045, California will need to triple its annual solar and wind installations, according to a recent state study. That means the state may need to develop as much as 3.1 million acres—almost as large as the state of Connecticut—for solar and wind projects by the middle of the century, according to a different report by the Nature Conservancy.

While solar and wind farms don’t come with environmentally damaging fossil-fuel extraction and the polluting smokestacks of coal and natural-gas plants, they generally require more acres to develop. Land can be farmed around wind turbines, but that’s trickier with solar plants.

And some of the new clean energy projects will likely need to be built closer to the cities and towns that will use the power. -Bloomberg

According to the authors of the Nature Conservancy report, many areas of the Western US have both high potential for renewable energy and high conservation values – which sets the stage for conflicts. Those disputes can be avoided with proper planning and mapping of potential project locations where large-scale solar and wind projects can be built with the least environmental impact, according to author Erica Brand.

Back to Livermore – Intersect Power CEO Sheldon Kimber says the solar project has received all necessary government approvals, and has received “an enormous amount of support” from local political leaders, businesses, residents and environmental groups. According to Kimber, the lawsuit won’t impact the timing of the project, which is slated to break ground in the middle of next year, with an operating goal of mid-2023.

“Realistically, the only concern we haven’t mitigated is ‘we just don’t want it here’,” said Kimber. “Those minority voices try to scare people, saying companies like mine are going to just blanket California with solar. And the reality is, that is preposterous.“