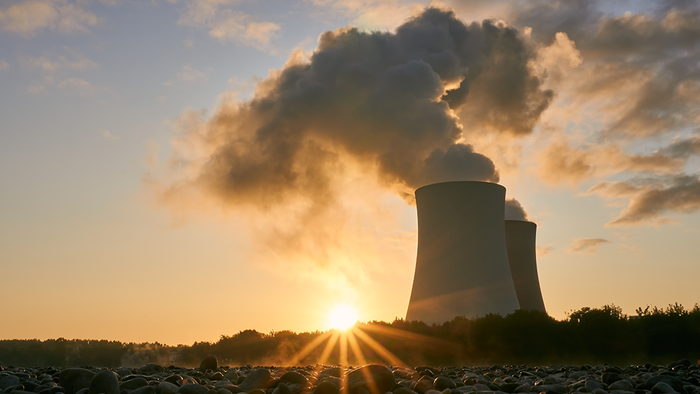 
Authored by Geoffrey Pohanka via RealClearEnergy.org,

Many of the world’s political leaders and people of influence have made it very clear that they view climate change as an existential crisis. President Joe Biden in his first days in office declared climate change the “number one issue facing humanity.” The UN warns that we have but twelve years to avoid a climate catastrophe, that searing, unrelenting heat could lay waste to large swaths of the planet, killing millions who have no means to escape a massive climate event. Unabated carbon pollution will spawn heatwaves exceeding the absolute limit of human endurance. According to the UN Intergovernmental Panel on Climate Change (IPCC), net-zero CO2 requires “transformative systemic change.”

Many of the world’s leading climate scientists state that there are only a dozen years for global warming to be kept to a maximum of 1.5C, beyond which even a half degree will significantly worsen the risk of droughts, floods, extreme heat, and poverty for hundreds of millions of people. Vice-President Kamala Harris has determined that climate change is “driving migrants to the U.S. Border.” U.S. climate envoy John Kerry says the world needs a ‘wartime mentality’ to combat climate change. Even Hollywood is engaged with Angelina Jolie saying climate change will force hundreds of millions into refugee status and Rosanna Arquette warning that fossil fuels ‘will be the end of mankind.” Rising CO2 levels are also being named as a potential cause of the condominium collapse in Surfside Florida.

Clearly no one should have any doubts that many genuinely believe the Earth is facing a tipping point of no return unless radical and drastic action is not immediately taken to reduce ‘carbon pollution’ emissions. Yet there is one threat that seems even more ominous than the CO2 generated from burning fossil fuels…..and that is nuclear energy which produces 20% of U.S. electricity. I wonder how it’s possible that a power source with such a small footprint and large energy intensity, that can reliably produce massive amounts of electricity and that generates no CO2, can be even be worse than electricity generated from fossil fuels.

What is causing the fear of nuclear energy? Is it a connection with nuclear weapons?

Growing up during the Cold War, I can certainly understand this, the periodic testing of warning systems, howling sirens and interruptions of TV programming from testing of the emergency broadcast system. Is it the fear of nuclear winter and mutual mass destruction? Is it also the fear of what we cannot see since radiation is invisible? Perhaps this is similar to being afraid of the dark, something I experienced as a child. Certainly Hollywood does not help either with such movies as the China Syndrome which was based on Pennsylvania’s Three Mile Island nuclear power plant emergency in the late 1970s. I had to drive just west of that plant on my way to college during the emergency and hoped the wind didn’t change in my direction. Even today, movies such as “Chernobyl,” continue to fuel nuclear fear.

The recent closing of the Indian Point Nuclear Power plant near West Point, NY, just north of New York City, highlights this point. This power plant, with its zero CO2 emissions, supplied ten percent of the state’s electricity as well as 25% of New York City’s power. Governor Cuomo worked diligently to close the plant and recently celebrated his success doing so “this is a victory for the health and safety of New Yorkers, and moves us a big step closer to reaching our aggressive energy goals.” However, the closure of the plant is causing statewide CO2 emissions to significantly increase. In the first full month without the plant, there has been a 46% increase in the average carbon intensity of statewide electric generation compared to when the Indian Point plant was fully operational according to Environmental Progress.

The State also emitted 37% more carbon dioxide from electricity generation on an absolute basis. It appears that many, including Governor Cuomo, view nuclear energy to be so absolutely dangerous that a significant rise in carbon pollution caused by the closing of nuclear power plants is simply worth the price. While the state enjoys an abundance of clean hydroelectric power replacing reliable nuclear energy with wind and solar power might be more difficult than many realize. One can easily observe the state’s sources of power using a website of the New York Independent System Operator (NYISO). The hundreds of wind turbines in the state produced a miniscule 0.034% of energy generation one morning last month, significantly less than the 10% percent of energy reliably produced by the Indian Point plant while it was operational.

The calls for closure of nuclear power plants have become even more pronounced with the major reactor accidents at Chernobyl and Fukushima. The damage from both accidents could have been limited had the Chernobyl plant been constructed with a containment structure and if the Fukushima plant had been fortified to protect against tsunamis. At Chernobyl no nuclear workers or members of the public have died as a result of exposure to radiation though 31 died at the beginning of the accident, two from the blast, and 29 firemen who fought the fire.

At Fukushima there have been no deaths or serious injuries due to the release of radioactivity though 19,500 people there were drowned by the tsunami. These are the only major accidents to have occurred in over 18,500 cumulative reactor years of commercial nuclear power operation in sixteen countries (World Nuclear Association). Nuclear energy has the lowest fatality rate per unit of energy than any source of electricity and including wind and solar. Deadly tsunamis will undoubtedly occur again so perhaps the abandonment of threatened populated coastal zones might be of greater benefit to public safety than the closing of zero CO2 emitting nuclear plants.

The U.S. Nuclear Regulatory Commission (NRC) specifies that reactor designs must exceed a theoretical 1 in 10,000 year core damage frequency but modern designs exceed this. U.S. utility requirements are 1 in 100,000 years. The best currently operating plants are 1 in one million and those likely to be built in the next decade are almost 1 in ten million (WNA). Even with the Three Mile Island accident where the reactor core did melt, the effects were contained as designed, without radiological harm to anyone. There was talk at the time about a potential “China-Syndrome,” a scenario where the heat from the core would melt its way through the floor of the reactor and keep going, perhaps as far as China. In reality, the molten core only penetrated 15mm of the floor and is now frozen at the bottom of the reactor pressure vessel (WNA).

Every power source has its dangers and limitations but in order to provide for the greater good for society, energy must be reliable, abundant, and affordable. Bill Gate’s advanced nuclear reactor company TerraPower had teamed up with Warren Buffett’s PacificCorp to design and eventually construct the first Natrium reactor in Wyoming. A Consortium led by Rolls-Royce have designed a mini reactor that can power 100,000 homes. France has the lowest CO2 density in the EU by generating over 70% of its electricity from nuclear power and supplies surplus power throughout Europe. About 17% of France’s energy comes from recycled nuclear fuel.

Several environmentalists have begun to recognize the many challenges we face with regard to energy choices. One is Michael Shellenberger who now strongly supports nuclear energy. Another is Michael Moore whose movie Planet of the Humans questions if renewable energy technology is a workable solution to climate change.

Others have attempted to end nuclear power by depriving the industry a permanent nuclear waste repository. While nuclear waste does remain dangerous for a very long time there simply is not much of it. Today, this country generates about 2,000 tons of waste annually. The 83,000 tons of waste generated here since the 1950s would fit in a single football field with a depth of less than ten yards. I am sure a permanent waste facility such as the one begun at Yuka Mountain in Nevada would be safer than where nuclear waste is now stored at nuclear plant parking lots. Per unit of energy solar panels produce 300 times more toxic waste than nuclear power plants. The only energy waste that is safely kept out of the environment is from nuclear plants. All other energy waste, from coal, natural gas plants, wind turbines and solar panels ends up in the environment in landfills.

A 2013 study published in the peer reviewed journal Environmental Science and Technology found that nuclear energy has saved an estimate two million lives by replacing coal-fired and other high emission energy generation.

It’s easy to understand why wind and solar power appears on the surface to be more attractive as a source of energy than nuclear power but wind and solar power are inherently unreliable since the wind does not always blow nor the sun shine. They certainly won’t work without significant battery backup. Today’s battery technology is not up to the task simply because there are not enough minerals on this planet to make enough of them and we could not afford them even if there were. Our country has been blessed with a reliable and affordable electricity generation and distribution system. If people are really serious about fighting climate change and achieving the goal of net zero emissions, I don’t understand how this will be possible without them also embracing zero CO2 nuclear energy.