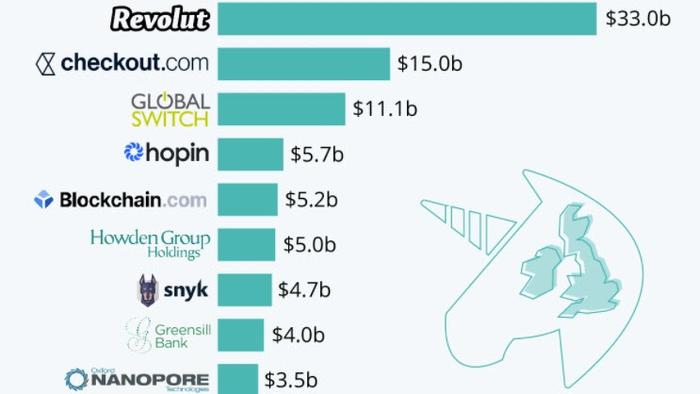 
Having managed to raise $800 million in a funding round led by Softbank’s Vision Fund and Tiger Global Management, UK-based fintech company Revolut is now valued at $33 billion, making it the biggest ‘unicorn’ in the country as well as the highest-valued fintech company.

However, as Statista’s Martin Armstrong notes, “it has yet to translate that rapid growth into profitability, with its annual losses doubling last financial year on investment in risk controls.”

Second on the list of the UK’s most valuable unicorns, as compiled by CB Insights, is another fintech company – checkout.com – which reached its $15 billion valuation after raising $450 million at the beginning of the year, again led by Tiger Global Management.

Checkout and Revolut are now up there with the most valuable fintech companies in the world.