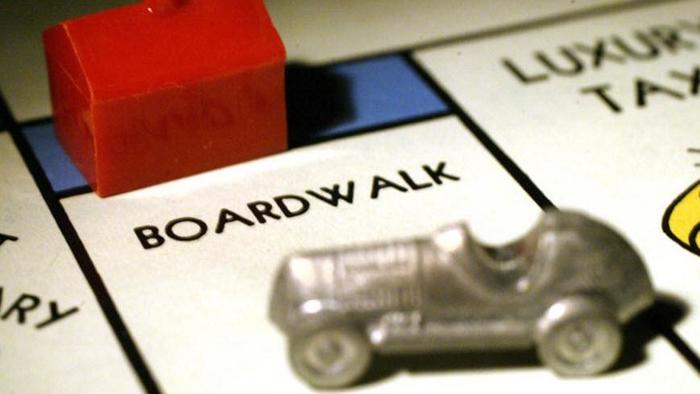 Several very important things happened on Friday which need to be unpacked.

The PBOC cut banks’ Reserve Requirement Ratio (RRR) 0.50%, as the State Council had flagged, and despite credit and money-supply data picking up: aggregate financing was CNY,3670bn vs. CNY2,890bn expected, new CNY loans 2,120bn vs. 1,850bn, M0 6.2% y/y vs. 5.5%, and M2 8.6% y/y not 8.2%. To repeat, this is not a bullish/reflation signal and will have no impact if loan demand in the most productive sectors of the economy is not rising – and the China Beige Book says it isn’t. Of course, that does not stop Reuters and China bulls cheerily saying the RRR cut “frees up $154bn for banks to underpin economic recovery”. If people want it, that is.

China further tightened the screws on DiDi, removing it from more app stores, and issued a new rule that the cyber-securities regulator must review foreign IPOs for any business holding data of more than a million users in China to rein in potential national security risks. This is seen as a wake-up call for US capital that was somnolent over the risks of Chinese stocks; however, the same money still has no issue with Chinese bonds; and let’s see how long the equity ire holds if future IPOs now just happen in Hong Kong instead. On the other side of the new ‘tech wall’, the US placed 23 more Chinese firms on its Entity List for suspected Xinjiang human rights abuses and military ties: and Congress is still moving forwards with a sweeping bill that would block all exports from Xinjiang.

Moreover, the White House issued an Executive Order (EO) on anti-monopoly issues, which the market took as a nothing burger because: the press release started “The economy is booming under President Biden’s leadership,” which runs counter to the need for the Biden stimulus plans; one bullet was the aim to reduce the cost of household broadband, as powerful a political message as that 4 July cook-outs were 16 cents cheaper this year; and as the EO was 72-points long. Let me let you into a little secret: Mr Market won’t read that much text. He makes up his mind on the headline alone, and he saw nothing to stop running away from reflation trades.

Nonetheless, like the rest of the Biden agenda so far, the EO is a remarkable shift in the Overton Window in terms of language and economic and market implications – if acted on. As The Nation put it, Biden “forcefully rejected the pro-monopoly world view of the last 50 years, issued 72 directives to over a dozen executive agencies, and created a council to ride herd on agencies to make sure they do their job in rulemaking to achieve this vision…If Biden keeps going down this road, it suggests a massive realignment for the Democratic Party and a return to the 1940s–1970s attitude towards corporate concentration.”

Matt Stoller – author of ‘Goliath’, which focuses on the deflationary, anti-growth and productivity damage that corporate monopolies do – says the EO could be window dressing. However, he notes that behind the president, smiling, as he signed the EO was Lisa Kahn of the FTC, who subsequently tweeted: “This is an all-hands-on-deck moment to address unchecked market concentration and promote fair competition. I look forward to working with my fellow commissioners and partners across federal government to use our full suite of antimonopoly tools and advance this key mission.”

And to help Mr Market out, The Nation adds: “One key anti-monopoly question still remains for the president: his choice as the assistant attorney general, Antitrust Division…The leading candidate who represents this vision is Jonathan Kanter…if he hedges his bets, and chooses someone more aligned with the antitrust establishment of the last 40 years, he risks creating conflict and tension that will drag down these vital efforts.” So let’s see.

From the specific name of Kanter to the bigger picture, let’s take just a moment to step back and understand that even as Mr Market is screaming ‘New Normal!’ again, we have a White House which is talking back 40 years of Bork-ian pro-monopoly US rhetoric, and which in just six months has also:

To be abundantly clear, the above is an apolitical, non-partisan list, rather than flag-waving or finger-pointing. Moreover, there is a huge ‘Yes, but’ – most obviously with fiscal stimulus, which is log-jammed, and with clear carve-outs on the 15% global corporate tax. Yet overall, Mr Market clearly takes the view that in reality Biden offers the spread of more neoliberalism.

I don’t want to jump in front of that steamroller, and fully agreed earlier this year that rising US bond yields would go down, not up, and the falling US Dollar up, not down. Indeed, back in early 2016 (in ‘Thin Ice’) I argued just how much the global establishment would resist any changes to neoliberal policies because, like a table, once one leg is removed, the whole thing topples over; but I also argued the table legs were getting very wobbly – and everyone in power seems to agree on that part.

Today, all the neoliberal table’s legs are being sawed at – rhetorically in the US, and via actions in China – even if Wall Street and global corporates are straining to hold the table up with their bare hands.

As I have said before, talk is cheap – and so are imports, outsourced labor, and monopsony purchase prices. But let’s see if key US appointments are made to allow the promised structural changes to be pushed through: and if they are, imagine what the Biden-offer spread might look like in some key assets.

Don’t Kanter your neoliberal, corporate-friendly, low-flation chickens before they are hatched?