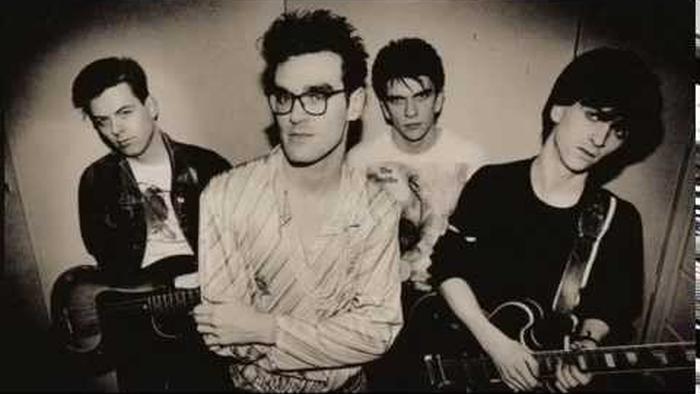 How Soon is Now?

US bond yields tumbled further yesterday, this time taking equities with them. (The horror! The horror!) 10s actually tested 1.25% before recovering slightly, levels last seen back in February when Covid-19 was still raging, and 30s were as low as 1.86% before retracing that move. Such shattering waves of yield collapses washing over those shouting “Reflation Now!” echo the wailing guitar of the shoe-gazing, head-down depression of The Smiths’ “How Soon is Now?”

So what in particular is driving this yield collapse?

Take your choice – though the US perma-bulls will of course always sing:

“You shut your mouth, how can you say; I go about things the wrong way? I am human and I need to be loved; Just like everybody else does”

On which musical note, a Bloomberg editorial repeats my refrain from earlier this week: as Beijing moves to stop China tech IPOs, and Didi is subject to a US class-action lawsuit for its, ‘For Once China and China Hawks See Eye-to-Eye’ – decoupling of tech and finance. That’s enough to get many in Wall Street and US think tanks to go sulk in their bedrooms while looking at posters of Morrissey. Even Jim Cramer. Yet markets missed a larger, gloomier message: Beijing does not want its tech firms being anything other than CHINESE first and foremost; and the same national security concerns may yet drive the same reaction in the US too – albeit with a lag given the ‘vampire squid’ role Big Tech already plays. Imagine the reaction in equity/bond markets were that hypothetical scenario to unfold, following the drop in both we are already seeing after just the Chinese side has acted.

Meanwhile, the EU parliament passed a non-binding resolution 578-29 calling on its institutions and members “to decline invitations for government representatives and diplomats to attend the Beijing 2022 Winter Olympics unless the Chinese Government demonstrates a verifiable improvement in the human rights situation in Hong Kong, the Xinjiang Uyghur Region, Tibet, Inner Mongolia and elsewhere in China”; condemning “in the strongest terms” the “human rights emergency” in Hong Kong; calling on Brussels for a fresh wave of sanctions against Chinese authorities; and reiterating the EU-China CAI deal remains frozen as long as Chinese sanctions against MEPs and scholars are in place. By contrast, China’s Global Times yesterday noted China and EU are now in preparations for CAI: MOFCOM indicates progress the first time since frozen in May.

“There’s a club if you’d like to go; You could meet somebody who really loves you; So you go and you stand on your own, and you leave on your own; And you go home and you cry and you want to die”

Meanwhile, yesterday’s ECB policy review (for details, please see here) saw an official shift of CPI target from 1.9% to 2% while adding 2 degrees Centigrade with an expanded green commitment. It also recommended adding house prices back into the EU version of CPI, perhaps as a sop to the millennials unable to afford a home. On all those fronts, the response from related parties was:

“When you say ‘it’s gonna happen now’; When exactly do you mean? See I’ve already waited too long; And all my hope is gone”

Staying with inflation, China’s CPI and PPI prints were respectively 1.1%, versus an expected 1.2% and 1.3% last month, and an as-expected 8.8% vs. 9.0% prior. Given the State Council were flagging policy easing this week, nothing in that headline stands in the way – but then again, neither does the PPI figure scream that it’s a good idea. A further spike in key commodity prices China doesn’t set, such as oil, and PPI would likely head higher again.

And as oil goes up and down, moving PPI and bond yields with it, the Iranian press say the decision over the resumption of the nuclear deal is “currently being made in the capitals of the countries concerned”- Tehran and Washington, DC: Sorry, “open strategic autonomy” EU! However, the talks are stuck on two key areas: the removal of widespread sanctions; and the demand for Iran to remain “one year from a bomb”, which given progress since 2015 would require taking steps backwards. Indeed, in early June Secretary of State Blinken stated if things continue, Iran’s break-out time for a bomb could be anywhere from “a few months at best” to “a matter of weeks.” As such, today there is the first press mention of a ‘Plan B’ being prepared: new sanctions;…and, on the other hand, perhaps something beginning with ‘b’(?) Yet didn’t the US just end one next-door war after 20 years?

“You shut your mouth, how can you say; I go about things the wrong way? I am human and I need to be loved; Just like everybody else does”

Reflation/deflation/Covid/Cold War/Hot planet/Afghanistan/Iran. There is more than enough for the G20 finance ministers and central bankers to discuss this weekend in Venice. Indeed, we can all see that massive, decisive action is needed on many fronts – now. But how soon is now?

Happy Friday – even to Smiths fans.