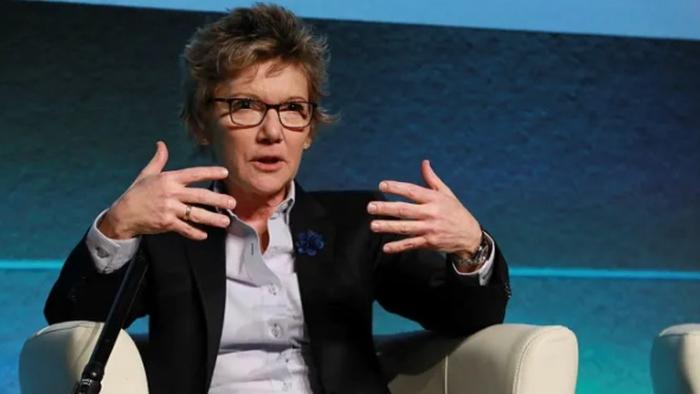 
The other day, a team of analysts at Goldman Sachs (perhaps inadvertently) illustrated the issue with the Delta variant. While scientists argue that it’s been associated with an upswing in new infections, the number of hospitalizations and deaths has remained stagnant.

Yet this hasn’t prevented scientists and public health authorities like Dr. Anthony Fauci urging people to get vaccinated as quickly as possible to prevent another resurgence of Delta-inspired COVID. Overnight, authorities contradicted Pfizer by saying there’s no need for a booster vaccine to protect against variants (Pfizer and its partner BioNTech said last night it would seek authorization for a booster shot).

While the experts can’t seem to get their stories (or lies) straight, we now have a member of the Fed’s leadership – Mary Daly, the governor of the influential Fed Bank of San Francisco – warning that the spread of Delta and the low vaccination rates in parts of the US poses a threat to the global recovery. Offering a sneak peak at what just might be the Fed’s next “excuse” to delay the normalization of monetary policy, Daly – who is a voting member on the rate-setting FOMC – cautioned against removing monetary support too soon.

Daly’s dovish persuasion is at odds with the increasingly hawkish stance of some of her colleagues, including St. Louis Fed President James Bullard, who has warned that he sees inflation meaningfully over 2% for the foreseeable future.

She expressed these concerns during an interview with the FT:

“I think one of the biggest risks to our global growth going forward is that we prematurely declare victory on Covid,” Mary Daly, the president of the Federal Reserve Bank of San Francisco, said in an interview with the Financial Times. “We are not through the pandemic, we are getting through the pandemic.”

Daly, who is a voting member of the Federal Open Market Committee this year, pointed to the struggles to contain the virus in Japan and other countries. Surging infections and lagging inoculation campaigns abroad were constraining the economic rebound and could have negative ramifications for the US, she said.

“If the global economy . . . can’t get . . . higher rates of vaccination, really get Covid behind [us], then that’s a headwind on US growth,” Daly said. “Good numbers on the vaccinations are terrific, but look at all the pockets where that isn’t yet happening.”

Daly’s warning came as investors sought out safe havens in droves this week, sending US government bond prices soaring. Treasury yields have fallen sharply as a result, with the benchmark 10-year note trading at its lowest level since February. Global stocks fell on Thursday.

Daly added that while the news in the US has been “pretty positive”, the outlook for the rest of the world is more complicated (as Goldman’s analysts argued in a recent note to clients).

“What you’ve seen is an increasing sense of the downside risk to the global economy.”

Offering another dovish hint, Daly said the Fed would stick to its new monetary policy framework adopted last summer allowing it to be more flexible with its inflation target.

“Chair [Jay] Powell said this so clearly in his press conference and I think that’s the light to follow here,” Daly said. “That’s the message I keep saying: we’re fully committed to our framework. That means eliminating shortfalls in employment and delivering average inflation of 2 per cent, and that is still absolutely paramount.” The minutes showed some policymakers believed the Fed could soon start trimming its $120bn per month of asset purchases. But while Daly said the debate around “tapering” was warranted, the central bank had to “keep our eye on the long-term goals, which are full employment and price stability, and really be patient enough and persevere enough to deliver on those commitments which we’ve made to the American people.”

This internal disagreement between the doves and the hawks is “healthy”, Daly assured the FT, because “different perspectives” are important for fending off an “echo chamber”.

Circling back to Delta, the variant has been declared the most dominant strain causing new infections in the US right now. In NYC, health authorities revealed overnight that the variant is now tied with the “alpha” variant (also known as B.1.1.7) as the most prominent strain circulating in the five boroughs. It comprises 25% of total new cases, up from 17% the prior week, per Reuters.

Meanwhile, in Europe, Britain, Germany and France are preparing to remove most of their remaining domestic restrictions. This step toward reopening is actually creating new problems in the UK as customs officials warn that lifting restrictions on cross-border travel to France could clog up the  ports at Dover as travelers are required to provide proof that they have been fully vaccinated.

Doug Bannister, CEO of the Port of Dover, told Reuters the site had managed the switch to customs checks effectively after the UK left the EU trade bloc at the end of 2020.

“That’s because we haven’t seen the demand for tourists coming from our facilities, as we would normally expect to see,” he said.

Until now, the pandemic has largely spared the UK from border delays that could lead to shortages of goods (including food and medicine) like many other countries are struggling with (particularly the US, with has shortages of imported goods of all types).

That could soon change as many of the Brexit-era worries about trade disruptions reemerge.