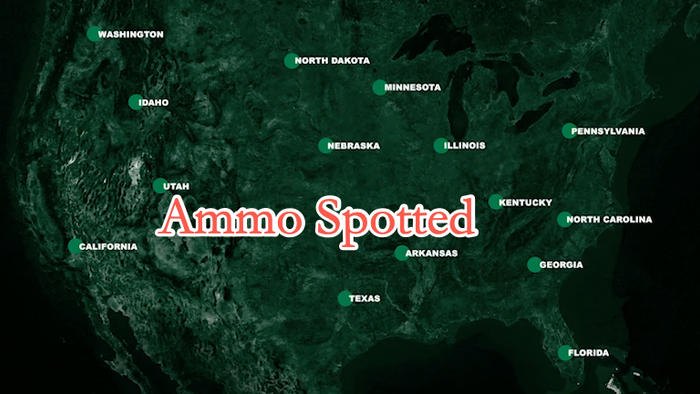 
Shell shocked consumers have experienced a nationwide ammunition shortage since the virus pandemic began. In a video update Tuesday, Remington Ammunition President Jason Vanderbrink said the company is working “24/7 to get ammo back on the shelves.”

Vanderbrink said, “We’re working 24/7 so that you can find Remington ammo back on the shelves at your local retailer.” He provides a map of the country where ammo is reappearing on store shelves.

He addressed the ammo shortage and said, “We know it has been hard finding Remington ammo, but rest assure that our all-American factory in Arkansas is working 24/7 to get ammo made.”

Vanderbrink shows that Remington ammo is returning to retailers “all over the country.”

In a separate video in late April, Vanderbrink spoke of an ammo shortage and surging prices per round. He also addressed bullet primers, a device responsible for initiating the propellant combustion that pushes the bullet out of the barrel, were also in short supply.

However, relief has been coming to the ammo market as prices per round for various calibers have decreased since May. Though we must note, it’s unlikely that prices will return to pre-COVID levels.

On a percentage basis, the cost per round compared to pre-COVID is coming down but still elevated.

The great ammo shortage of 2020/21 could be normalizing, though with millions of new gun owners in the last year, demand for ammo, weapons, and parts will remain high.

We wonder if Remington would consider building a manufacturing facility in West Virginia since lawmakers are now offering substantial tax credits to ammo and gunmakers.