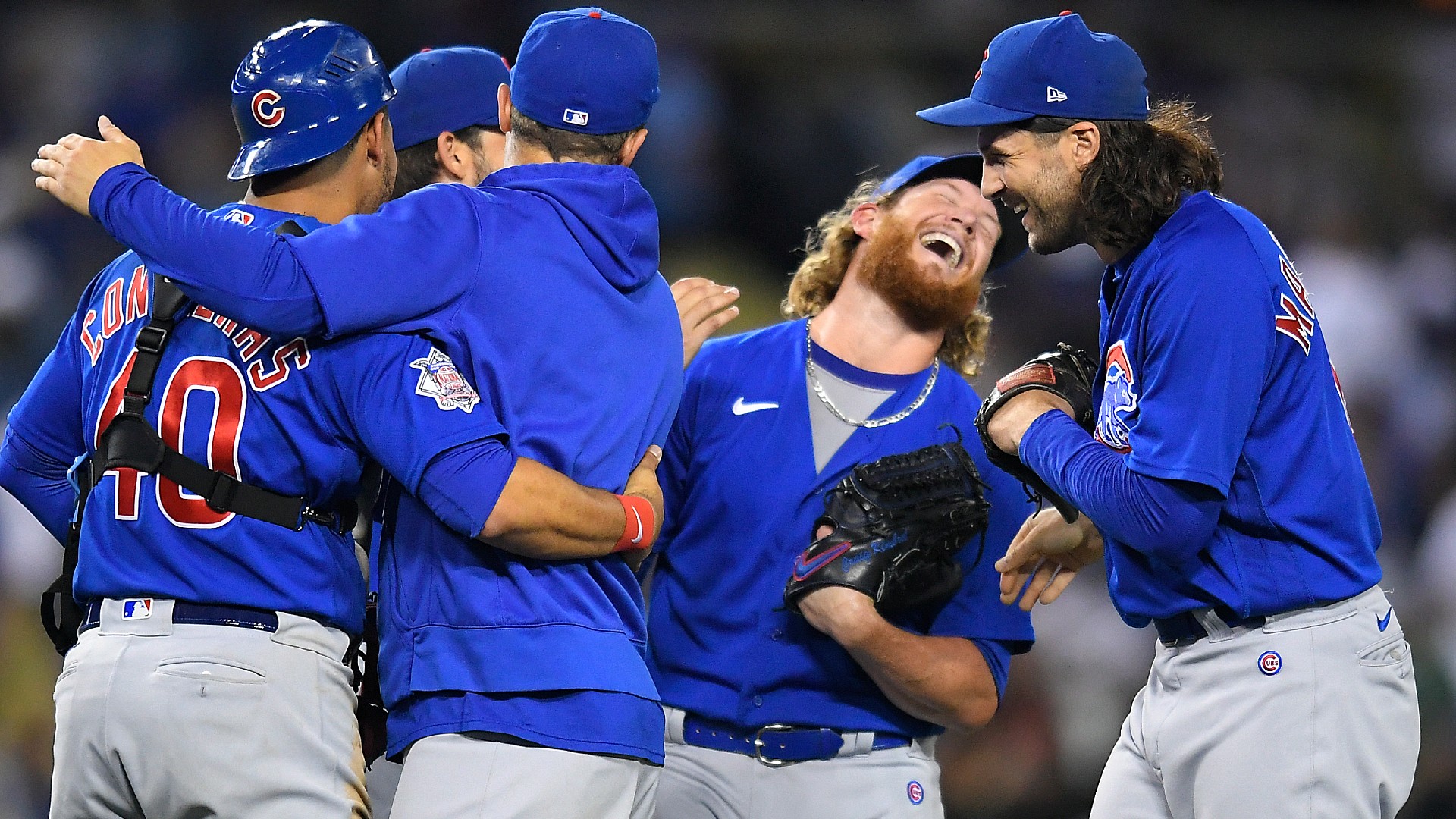 Craig Kimbrel didn’t know why his teammates charged out of the dugout right after he closed out a 4-0 win for the Cubs at Dodger Stadium on Thursday night.

The Chicago closer went to the mound for the bottom of the ninth inning just thinking that he was on to preserve the lead. He never bothered to look at any of the scoreboards that showed a zero in the home team’s hit column.

And that’s why Kimbrel was super chill after he struck out Will Smith for the final out of a combined no-hitter. Then he got the news from his buddies.

MORE: Most recent no-hitter for all 30 MLB clubs

“I’m not going to lie, I had no idea until the last out and everybody came running out,” a smiling Kimbrel told Marquee Sports Network in an on-field interview. “I was just locked into the game and was going out to do my job.”

He said he started to make the connection when catcher Willson Contreras let out a fist pump.

It seems impossible that the Cubs’ bullpen would not have clued Kimbrel in before he left for the mound, but Chafin told reporters that no one out there had a clue because they couldn’t see the hits column from their location beyond the right-field wall.

And then there’s the baseball tradition of the dugout not speaking with a pitcher who’s throwing a no-no, lest the talk jinxes it. In the cases of Chafin and Kimbrel, they didn’t hear a peep from anyone on the field.

Chafin started gabbing about it with trainers in the clubhouse after he finished his outing and saw on the TV broadcast what was going on. And then he got worried as he was met with silence.

“Oh s—, I might have just ruined it for us,” he recalled thinking, per the Chicago Tribune’s Russell Dorsey. “But it worked out.”