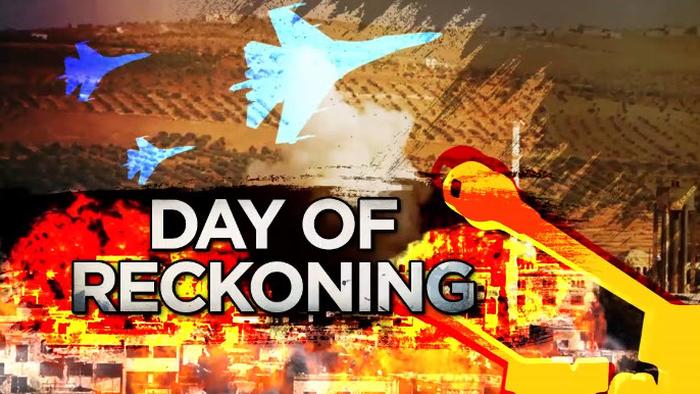 It has been a long time coming, and it seems that an escalation in Greater Idlib might be on the way…

Footage was released from a Russian drone which was tracking the three commanders. They were reportedly located with advanced electronic intelligence systems.

The HTS officials were likely targeted with a Russian 2K25 Krasnopol laser-guided artillery shell, with their vehicle being laser painted with an UAV prior to that.

In addition, warplanes of the Russian Aerospace Forces carried out a series of airstrikes on militants’ positions in Greater Idlib. In total, more than 20 air strikes were inflicted on the settlements of Fatira, Ain-Lapuz, Muzapa, Maapata, Khaluba and Majdaliya in the Jabal al-Zawiya region in the south of the Syrian province of Idlib.

A day before, a Russian service member was killed and three others were wounded in a landmine blast in northeastern Syria. The large-scale operation of the SAA and Russian forces seems to be a response to the death of a Russian soldier, as well as frequent ceasefire violations by HTS and other militant groups in the region.

Initially, a response came from the Turkish Armed Forces and its proxy the Syrian National Army (SNA) both of which undertook responsive actions. The Turkish shelling targeted positions of the SAA and its allies in southern Idlib and northwestern Hama. No casualties or material losses were reported.

Militants of the al-Fateh al-Mubeen Operations Room, led by HTS, also targeted a battle tank and a vehicle of the SAA with anti-tank guided missiles.

Turkish forces are supposed to monitor the ceasefire and combat terrorist groups in Greater Idlib as a part of the March 5 2020 agreement with Russia. Nevertheless, Ankara and its proxies are doing the exact opposite.

The ceasefire may collapse soon as a result of this.

Meanwhile, advisors from the Russian Special Operations Forces have been training the Syrian Arab Army (SAA) Special Forces personnel in the Syrian province of Aleppo. There, Russian military advisors are working to improve the performance of Syrian Special Forces personnel by teaching them new tactics and methods. It is not in the realm of speculation to consider that more “hands-on” operations are planned in every direction that’s not under Damascus’ government control.