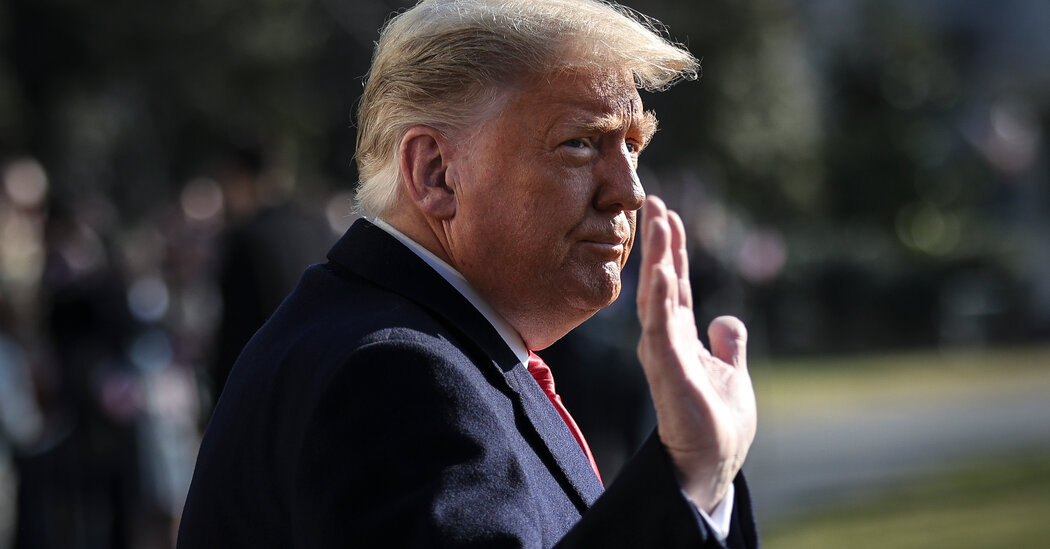 
Former President Donald J. Trump has removed himself entirely from the internet.

Still banned from Twitter and Facebook, and struggling to find a way to influence news coverage since leaving office, Mr. Trump decided on Wednesday to shutter his do-it-yourself alternative, a blog he had started just a month ago called “From the Desk of Donald J. Trump.”

Mr. Trump had become frustrated after hearing from friends that the site was getting little traffic and making him look small and irrelevant, according to a person familiar with his thinking.

The site, which cost a few thousand dollars to make and was put together for Mr. Trump by a company run by his former campaign manager Brad Parscale, was intended to be an online hub for supporters to see statements issued by the former president and communicate with him.

“In a time of silence and lies, a beacon of freedom arises,” a video introducing the platform last month advertised. “A place to speak freely and safely. Straight from the desk of Donald J. Trump.”

Last month, after The Washington Post reported that the blog was attracting virtually no readership, Mr. Trump played down its purpose, calling it a stopgap measure until he figured out what came next.

“This is meant to be a temporary way of getting my thoughts and ideas out to the public without the Fake News spin, but the website is not a ‘platform,’” he said in a statement. “It is merely a way of communicating until I decide on what the future will be for the choice or establishment of a platform.”

Some people in his small circle of advisers said on Wednesday that they were frustrated by his decision to shut it down. Others tried to put a more positive spin on it.

Jason Miller, an adviser, said on Twitter that the decision to suspend the blog was a precursor to Mr. Trump’s joining another social media platform.

“Yes, actually, it is,” he wrote when asked if the move meant that Mr. Trump would be returning to social media in another form. “Stay tuned!”