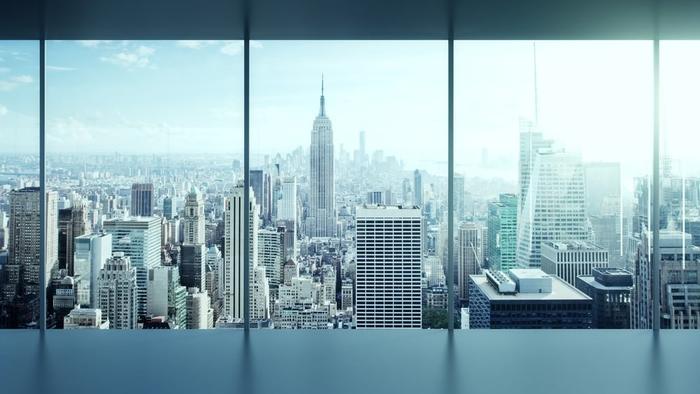 
More than a year since the virus pandemic began, New York City’s economy is roaring back open. But at least one segment of the metro area’s economy remains in dire straits: the office space market.

According to Bloomberg, citing a commercial real estate brokerage report by Colliers, Manhattan’s supply of office space continues to hit new records even as leasing increases.

The availability rate rose for a 12th straight month in May to 17%; inventory since the pandemic began jumped 70% to a whopping 92 million square feet.

Colliers had some good news. It said demand is coming back with leases increasing 8% versus last May, while the average asking rents rose 0.4% to $73.26 a square foot.

Even before the pandemic, Manhattan’s office market was in a slump. Compound that work-at-home fad as becoming the “new normal” and the supply glut of corporate space in the borough could be a long-lasting trend, pressuring rents and eventually forcing building operators into financial distress.

According to data from Kastle Systems, approximately 18% of office workers in the metro area are back at work as of late May. JPMorgan Chase & Co., Goldman Sachs Group Inc., and Facebook Inc. are some companies preparing to bring employees back to offices in the coming months.

Colliers said subleasing represented 23% of total availability, the lowest since last July. It said sublease inventory space is 75% more than since the pandemic began.

Emptied skyscrapers across Manhattan don’t just apply to office buildings. There’s also surging residential inventory as people have been fleeing the liberal-run city in droves for suburbia. After all, who wants to be cooped up in a studio flat during a virus pandemic as the town descends into a socio-economic disaster. For the same price as a flat in Manhattan, one can purchase a home with acreage in the countryside.

Kastle’s data on Americans getting back to work on a nationwide basis show returning to the office is happening at a snail’s speed.

It seems like work-at-home is becoming permanent, and commercial real estate could be in for a reckoning once the Federal Reserve begins to taper.