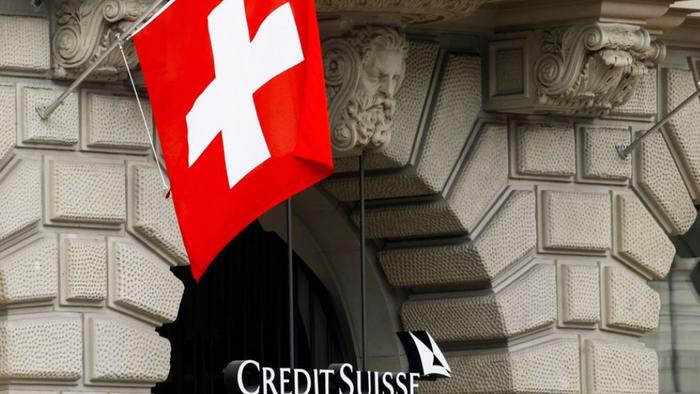 
Back in the pre-pandemic halcyon days of 2019, we reported on what appeared to be a fishy “circular finance” scheme whereby SoftBank appeared to be using a handful of Credit Suisse trade finance funds to mask some of the leverage on the books of certain portfolio companies. On one hand, several SoftBank portfolio companies were among the borrowers on the hook for repaying the ‘trade finance’ fund. On the other, SoftBank was also an investor in the fund. It led us to envision the following scenario.

Just imagine for a second that you’re the treasurer or CFO of a mid-sized corporation, and your looking for somewhere to park money where you can earn a decent return without taking too much risk. One of the Credit Suisse corporate bankers comes to you one day with an idea. They call it “supply-chain financing”. The new strategy is essentially just another tool to help companies more “flexibility” in managing their short-term financing needs. It’s a fool-proof idea, the banker explains, because even if the companies default, there are all kinds of insurance policies and other safeguards in place to help make the lenders whole.

So you invest. A few years later, your banker calls with some bad news. Four of the 10 companies to which the fund was most heavily exposed imploded, and are likely headed for liquidation. It could be years before the lenders are made whole – if ever – and you and your fellow unlucky investors are simply along for the ride, but you can probably kiss that money goodbye.

Several months later, you open the FT, only to discover that many of the other investors in the fund, as well as the advisor managing the fund, were all financially linked to the companies in which the fund was investing. The circular flow of money from the funds to the companies’ suppliers means that, for these other investors, any losses stemming from loan defaults have already been offset, since they’re basically paying themselves…with your money.

Well, that appears to be what happened to some investors who weren’t too happy when they found out that several Credit Suisse ‘supply chain finance’ funds were essentially part of an elaborate shell game orchestrated by SoftBank to help inflate the value of Vision Fund portfolio companies by making them look more financially healthy than they actually were.

Fast forward to 2021, and this has more or less come to pass: the trade finance funds at the heart of the scheme have more or less gone to zero (they’ve become “impossible to value”) after the firm organizing them, Greensill Capital, collapsed. All the worst fears about the SoftBank-backed companies involved with the fund have been proven correct: SoftBank was essentially using the fund to obscure the debt burdens of some of its poorest performing portfolio companies, but mostly it was Credit Suisse’s most profitable clients, including high-net worth individuals and sovereign wealth funds, have been left holding the bag. Credit Suisse launched an investigation into the collapse back in March amid reports that the bank was considering making some of its clients whole.

Following another embarrassing report published Friday by Bloomberg, which revealed that Credit Suisse had blacklisted Sanjeev Gupta, the steel tycoon at the heart of Greensill’s collapse, back in 2016, yet continued to lend to him inadvertently via its trade financing unit, Credit Suisse has decided to blacklist SoftBank and its portfolio companies, announcing Friday that it won’t do any new business with one of Japan’s biggest companies.

The Swiss lender will no longer do any new business with the Japanese firm, people with knowledge of situation said, asking not to be identified because the matter is private. The decision may ripple across Credit Suisse’s investment bank: SoftBank has been a prolific deal-maker and last year Credit Suisse and other banks held about $8 billion of SoftBank shares in collateral, pledged by founder Masayoshi Son.

It is unclear how long the ban lasts for, or whether it impacts any ongoing deals.

Credit Suisse conducted an internal review into the Greensill funds after allegations of possible conflicts of interest involving SoftBank last year, but it was apparently too little, too late. But the investigation did confirm what the public already knew: A number of SoftBank portfolio companies received loans via supply-chain funds at Credit Suisse, while SoftBank was also an investor in the Credit Suisse funds. In the aftermath, SoftBank pulled $700M out of the funds and the bank also changed its investment guidelines for Credit Suisse’s funds to reduce the maximum exposure to a single borrower.

Not only is Credit Suisse likely furious at being misled by SoftBank, which added insult to injury by managing to pull its funds before the trade finance fund was gated by CS, but the bank is apparently facing unprecedented pressure from Swiss regulators and lawmakers who have apparently had enough of CS’s bumbling risk-management practices (the Greensill collapse was only part of one of the worst quarters in the banks’ history). One Swiss lawmaker who spoke to Reuters said the fallout from the Greensill collapse had damaged the reputation of the broader Swiss banking industry.

“Bank directors don’t take responsibility for their action because there is no need to. There are no real sanctions for mismanagement,” said Gerhard Andrey, a Green member of the Swiss parliament.

“The scandals that have hit Credit Suisse, from Mozambique to Greensill, are damaging for Switzerland’s reputation. We have proposed a reform … that would mean if something goes wrong, then the manager is on the hook,” he said.

Swiss lawmakers are expected to further discuss the issue of holding CS executives accountable in the coming weeks, which begs the question: Could CEO Thomas Gottstein, who has weathered the crisis so far while laying off a raft of subordinates, actually be pushed out?