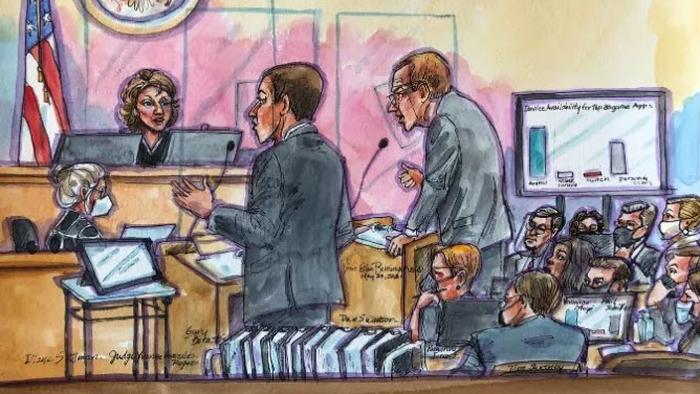 The bench trial concluded yesterday but the ruling might take months. Which way does it lean?

After three weeks of testimony, the Bench Trial Between Apple and Epic Games is over but a decision may be months away.

What’s It All About?

Epic Games, the maker of the popular video game Fortnite, purposely violated an Apple rule by using its own app payment system.

Apple booted Fortnite and that kicked off a lawsuit by Epic.

Epic Games Takes Apple On In Court: Who Will Win and Who Should Win?

I commented on the case on May 3, in Epic Games Takes Apple On In Court: Who Will Win and Who Should Win?

Neither side wanted a jury. So a judge gets to decide.

What Did We Learn From the Judge’s Questions?

Today was the Final Day of Courtroom Battle Over Monopoly Claims. What did we learn?

Apple spent the final moments of its high-profile courtroom fight against Epic Games Inc. arguing the videogame maker’s antitrust lawsuit was simply a way for it to get out of paying for access to iPhone users.

Instead of traditional closing arguments held before a jury, the judge had asked the two sides to prepare for a debate-style end to the trial that has lasted more than three weeks in Oakland, Calif.

Toward the end of the almost four-hour hearing, Judge Gonzalez Rogers, too, questioned how Epic’s proposed solutions would compensate Apple.

“One of the issues that has concerned me throughout the course of this trial is that your client doesn’t seem to be interested in paying for the access to customers who use iOS,” she told Epic’s lawyer, saying that Epic is “attacking the fundamental way in which Apple is generating revenue.”

“Apple can still have an app store on your phone and encourage people to use it,” Mr. Bornstein said. “If people value what Apple is providing, and I’m sure there are some who do on the developer side and the consumer side, those people can continue to shop at the App Store.”

Rogers began immediately probing their arguments, suggesting that Epic’s view of the market and its substitutes could hurt consumers because they pick a particular digital ecosystem, such as Apple’s iOS operating system, knowing they are walled gardens. “Your economic substitutes destroy that consumer choice,” she said. Furthermore, she questioned why the market shouldn’t be defined as mobile games.

That was an interesting tactic by Judge Rogers to conclude with a debate.

Rogers asked a very pointed question Epic lawyer Gary Bornstein did not have a good answer.

On Monday, Nick Rodelli, head of CFRA’s legal edge research, said in a note to investors that Epic now holds “a slight edge in winning.”

I suspect that was based on prior questions from Judge Rogers to which Apple had weak replies.

Mr. Cook spent about four hours Friday on the witness stand in an Oakland, Calif., court trying to rebut claims by “Fortnite” videogame creator Epic Games Inc. that Apple unfairly prohibits competing app stores on the iPhone and forces in-app purchases for digital payments through its own system that takes as much as a 30% cut.

As Mr. Cook’s time on the public witness stand neared an end, U.S. District Judge Yvonne Gonzalez Rogers interjected, noting that game developers seemed to be generating a disproportionate amount of money for Apple compared with the technology the iPhone maker was providing in turn.

Mr. Cook said that Apple faced “fierce” competition from Alphabet Inc.’s Google, Samsung Electronics Co. and others and emphasized how much value his company’s investment in the app economy has created for developers—an assertion fitting claims from Apple’s lawyers that the company’s fees are fair.

Apple also defends its app restrictions on grounds of security.

“Mr. Cook, what do you think the third-party data shows? You personally, the difference,” asked Rogers.

Cook replied that the data shows 1% to 2% of malware is on iPhones. “It’s quite a difference,” he said.

Those reading anything into Rogers’ questions on May 21 need to reconsider today.

Judicial questions aside, it is very difficult to win antitrust cases in the US.

My position is that if it’s good for the consumer it’s good enough.

Question of the Day Flashback

Ignoring charges in the EU for the moment, who will and should prevail in the US?

Question of the Day Today

Repeating a poll I took on May 3
Who will and should prevail?