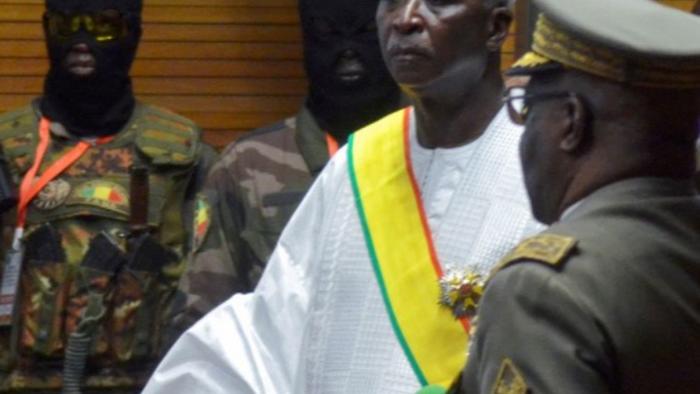 
Last year’s coup in the embattled North African nation of Mali – where France is finally withdrawing military forces after a nearly decade-long “unwinnable war” against Islamists operating within the country’s borders – is already crumbling as military officials once again move to detain the president, prime minister and defense minister of the Intermin government, marking the start of yet another coup, the second to topple Mali’s government in a matter of months.

While the international community has been preoccupied with the ongoing reaction to a recent coup in military-dominated Myanmar, Mali has been struggling with a transition back to civilian rule following a previous coup back in August.

On Monday, President Bah Ndaw, Prime Minister Moctar Ouane and defense minister Souleymane Doucoure were all reportedly arrested and imprisoned at a military base in Kati, situated outside the capital Bamako. The coup erupted just hours after a cabinet reshuffle that left out two key members of Mali’s military junta, the real base of power in the country, according to Reuters.

During the August coup, former President Ibrahim Boubacar Keita was removed before a new government was organized along with a commitment to an 18-month transition back to civilian rule. Political instability, which has plagued the country for years, has created barriers to western aide, while allowing terror groups to flourish, critics say.

Already, the UN is responding to the coup by calling for the leadership’s “immediate and unconditional” release while warning that those who participate in the overthrow and detention would have to answer for their role in the illegal coup. Meanwhile, the top regional organization, ECOWAS – the Economic Community of West African states – is sending a delegation to Bamako on Tuesday to help resolve the coup situation. The American State Department, meanwhile, issued a statement calling for the “unconditional release of those currently being held”. France and the African Union also called for the immediate release of those arrested.

As we reported a few months back, one of the leader’s of last year’s military intervention participated in a controversial military training program sponsored by the Pentagon. Leaders of a previous coup back in 2012 also had been trained by the US.

President Ndaw and PM Ouane had been charged with overseeing an 18-month transition back to civilian rule following the August military uprising. But like their colleagues in Myanmar, Mali’s civilian leadership apparently made the military uncomfortable by moving to siphon away too much power too quickly. Predecessor President Ibrahim Boubacar Keita was ousted in August.

The latest coup organized by members of the military junta, which has survived a push by the civilian opposition to “dissolve” it and remains the most powerful institution in the impoverished African state, could threaten elections set for February.

As the FT reminds us, Mali depends largely on international support for what little stability it has: a 13,000-troop UN peacekeeping force, thousands of EU aid workers, international NGOs and other allies, and roughly 5,000 French counterterror troops who cover the entire Sahel, and have been there since 2013 as part of a mission to crush the jihadist insurgency that has festered in the northern part of the country.