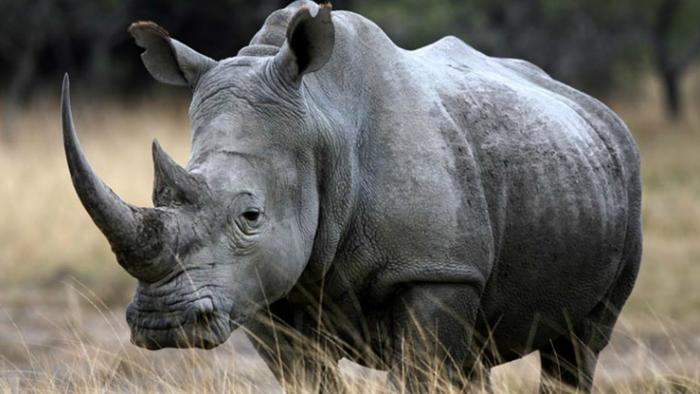 
Confirming that “selling in May” is there for a reason, virtually every bank has turned cautious if not outright downbeat on the market following a blockbuster earnings season when despite record earnings beats, the S&P is down compared to where it was a month ago. So now that Wall Street is back to its favorite activity of “explaining” events after the fact, here is Goldman strategist Chris Hussey listing the three key “grey rhino” events the market is grappling with.

As Hussey writes in the “end of week” market intel note, “gray rhino” risks have proliferated around markets this week, helping to sustain the tepid return range that the S&P 500 has been stuck in all of May (now down 0.2% mtd). Incidentally, for those unaware, Gray rhinos – not to be confused with black swans – refer to black swan type of events (bad things) but ones that we know about but still don’t do anything about (similar, perhaps to the 800 lb gorilla in the room). Some have referred, for example, to the COVID-19 pandemic as a Gray Rhino event (especially now that the lab escape hypothesis is once again all the rage).

In any case, according to Goldman, among the gray rhino events markets are grappling with this week include:

When one thinks about what can be done to cut these gray rhino’s off at the pass, Goldman notes that there are some developments. China has already started to introduce regulations aimed at curbing excessive speculation and asset prices as Hui Shan addresses in “China’s digital economy.”  And the Fed, of course, is positioned to step in with tighter monetary policy to curb a sustained increase in inflation expectations should it develop — although Goldman’s David Mericle does not believe that the current “temporary” spike in inflation is likely to cause the Fed to act. Here is Goldman’s chart of the week for an illustration of when the bank sees inflation peaking.

As for the market’s ‘high’ valuation, Goldman’s strategist suggests that perhaps this week’s trading action is a sign that investors are willing to address this gray rhino by being a bit more selective even on the back of extremely strong earnings growth.

Interestingly, investors do not appear to be as shaken by the market concentration we have been experiencing for quite some time. The FAAMG complex is performing in-line with the broader S&P 5000 index on average this week — in other words, the market remains as concentrated as it was to start the week, something we noted on Friday when we highlighted how 4 of the 5 FAAMG stocks are also among the 5 most widely owned hedge fund stocks.