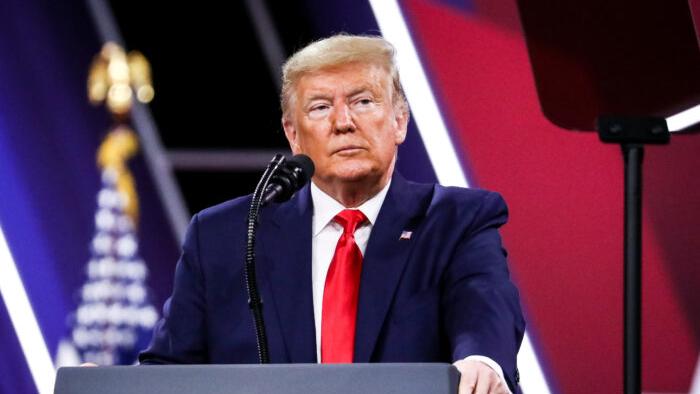 
In a case of incredible timing, the state of New York announced on Tuesday that it’s opened a criminal investigation into the Trump organization, just as former President Trump re-enters the political fray ahead of the 2022 midterm elections.

According to Reuters, NY Attorney General Letitia James has been investigating whether the Trump Organization purposefully misreported property values in order to secure loans and obtain economic and tax benefits. The case marks the third known criminal investigation into the former president or his organizations since he left office.

The Trump Organization, the former president’s family-owned business, could not immediately be reached for comment. Trump has said that the investigation overseen by James, a Democrat, is politically motivated.

James has been investigating whether the Trump Organization inflated the values of some properties to obtain better loans, and lowered their values to obtain property tax breaks.

Vance’s office has said in court filings it was investigating “possibly extensive and protracted criminal conduct” at the Trump Organization, including tax and insurance fraud and falsification of business records. -Reuters

Both are examining how the Trump Organization and its agents assessed the value of Seven Springs, a 212-acre estate north of Manhattan that Trump purchased in 1995. Trump’s company has said the century-old, 50,000-square-foot mansion on the grounds was used as a Trump family retreat.

Trump’s ambitions to build a championship golf course there were derailed by local opposition, and he shelved another plan to build luxury homes.

But the property did become a vehicle for a tax break, according to property records and court filings. In 2015, he signed a conservation easement – an agreement not to develop the property – covering 158 acres.

According to the attorney general’s office, a Trump-hired appraiser set the value of Trump’s Seven Springs property at $56.5 million, and the easement value at $21.1 million – an amount claimed by Trump as an income tax deduction.

We’re surprised Trump didn’t just cut Vance a check to look the other way, like Harvey Weinstein did. Vance’s probe was launched following accusations that Trump paid two women to keep quiet about sexual trysts which allegedly occurred a decade before the 2016 election. Reuters omits from its report that the Federal Election Commission dropped its inquiry into whether Trump violated campaign finance laws in doing so.

Meanwhile, prosecutors in Fulton County, Georgia launched a criminal investigation into Trump’s alleged attempts to influence the state’s 2020 election results by asking the Secretary of State to locate fraudulent or uncounted ballots.