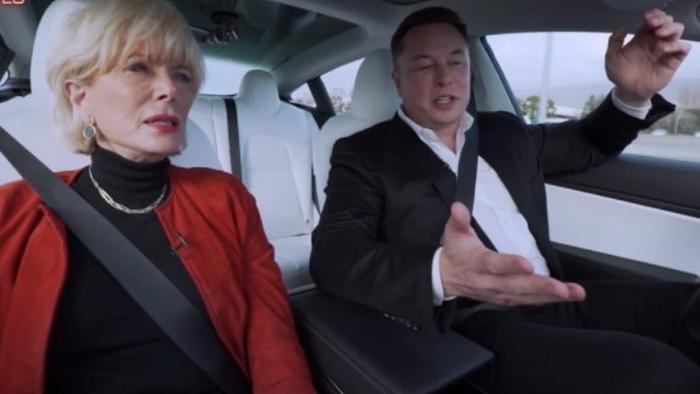 
You know it. We know it. Everybody knows it: Tesla’s “Autopilot” and “Full Self Driving” names for its supposedly autonomous driving features are misleading. And they likely lead drivers into situations where they think their vehicles have full autonomy when they don’t, leading to what feels to be a neverending slew of fatal accidents involving Tesla vehicles.

And now, it looks like the California DMV may finally also be catching on.

That’s because Tesla is now officially “under review” and being “probed” by the California Department of Motor Vehicles “to determine whether the electric car maker misleads customers by advertising its ‘full self-driving capability’ option,” the LA Times reported late Monday.

The discrepancy is nothing short of totally obvious. Despite being named “Full Self Driving”, the $10,000 package “is not capable of fully driving itself, according to widely accepted engineering standards,” the report says.

DMV spokesperson Anita Gore said the DMV couldn’t comment on the review, but did note that penalties for violating DMV regulations could include “suspension or revocation of DMV autonomous vehicle deployment permits and manufacture and dealer licenses”.

“A vehicle operating on public roads using autonomous technology without first obtaining a permit can be removed from the public roadway by a police officer,” Gore said. California’s DMV has said that Autopilot and FSD, as they exist today, qualify as Level 2 driver-assist technologies that require “full driver attention”.

Tesla says in small print on its website that full self-driving “does not make the car autonomous” and that “active supervision” is required.

This hasn’t stopped numerous people on social media – and even Elon Musk himself on 60 Minutes – from implying that hands, or in many cases any kind of human supervision, is not necessary.

Bryant Walker Smith, a leading expert on automated vehicle law at the University of South Carolina concluded: “Tesla seems to be asking for legal trouble on many fronts. From the FTC and its state counterparts for deceptive marketing. From the California DMV for, potentially, crossing into the realm of autonomous vehicle testing without state approval, from competitors with driver assistance systems, competitors with actual automated driving systems, ordinary consumers, and future crash victims who could sue under state or federal law.”