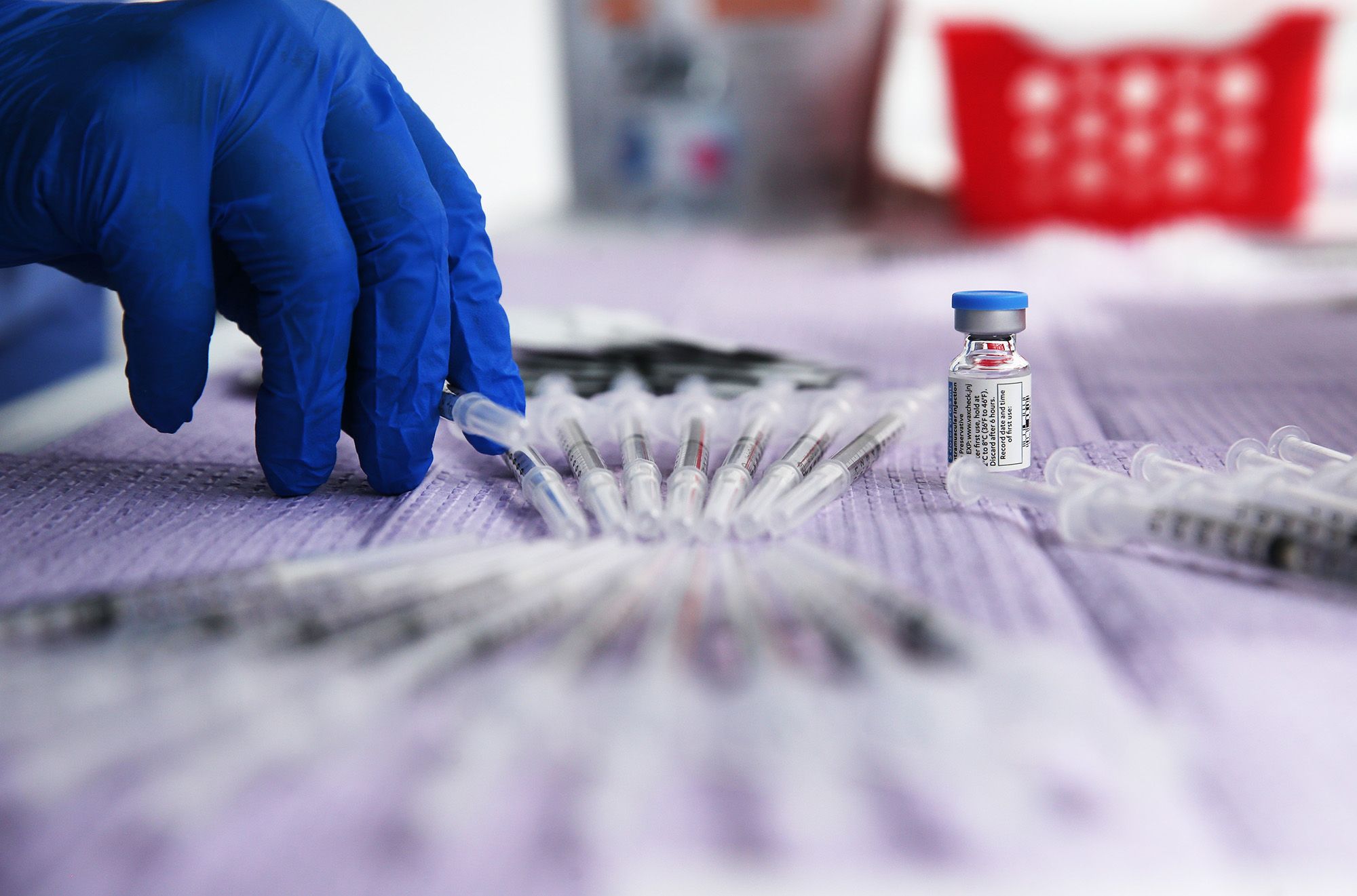 BRUSSELS – European Union leaders said Thursday that in the wake of the U.S. backing patent waivers for COVID-19 vaccine technology, the 27-nation bloc immediately will start discussing whether they should join such a move.

The leaders’ first opportunity to mold a common view will come as soon as a two-day summit in Porto, Portugal, that starts Friday.

While many insist that waiving patents would only go part way toward making vaccines available and likely in the midterm only, French President Emmanuel Macron said he “completely” supports opening up intellectual property protections for COVID-19 vaccines as “a global public good.”

At the same time, Macron insisted that the immediate priority for wealthier countries should be first donating more vaccine doses to poorer countries.

EU nations have long insisted they were in the vanguard of helping the rest of the world obtain vaccines, and have looked with a weary eye at how the United States effectively banned such exports itself.

The move to support waiving intellectual property protections on vaccines under World Trade Organization rules marked a dramatic shift for the United States, which had previously lined up with many other developed nations opposed to the idea floated by India and South Africa.

While the EU did not echo the U.S. position, it generally welcomed President Joe Biden’s move.

EU Commission President Ursula von der Leyen said that “we are ready to discuss how the U.S. proposal for waiver on intellectual property protection for COVID vaccines could help” end the crisis.

Von der Leyen said in a video address Thursday, though, that other issues should take center stage. “In the short run…we call upon all vaccine-producing countries to allow exports and to avoid measures that disrupt supply chains,” she said.

She was hinting at so-called vaccine nationalism that has limited or made nonexistent any exports from nations including Britain and the United States, while the 27-nation bloc was allowing the export of millions of doses to countries around the world.

Many hope the initiative of the Biden administration will help poorer countries get more doses and speed the end of the pandemic. But EU nations pointed out other problems even if vaccine restrictions were lifted.

“The question is to raise capacity in the fastest way possible,” said a diplomat from an EU nation, requesting anonymity because the issue will be discussed by leaders Friday.

“Ending patent restrictions is only one element. You will also need the raw materials. How will the supply chain follow? What about the quality of production locations? So we have about 300 other elements that affect this,” the official said.

But several lawmakers in the European Parliament insisted patents had to be freed up, arguing that big pharmaceutical companies had been given massive subsidies from the EU to develop the vaccines while the pandemic has driven up profit for the producers themselves.

Greens President Ska Keller said Biden’s opening made sure “there can be no more excuses from the European Union.” She called on the EU “to support this historic initiative and make global solidarity a reality.”

Millions Of Barrels From US Emergency Oil Reserve Sent Abroad, Including To China