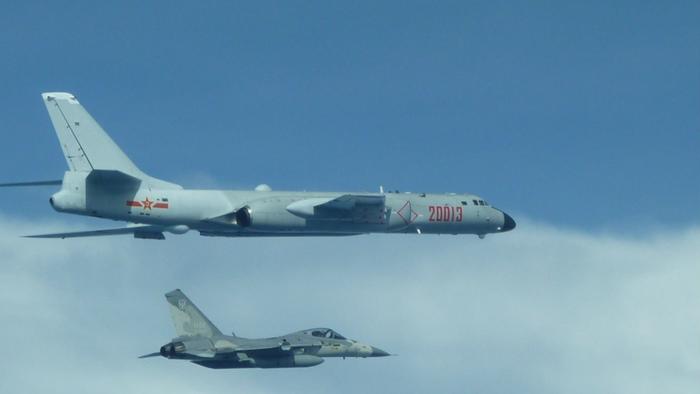 According to numbers released by Taiwan’s Ministry of National Defense, Chinese military flights through Taiwan’s air defense identification zone (ADIZ) doubled in April compared to the previous two months, which coincides with increased US military activity in the region.

While there is much hype surrounding these flights, the ADIZ is not Taiwanese air space, and the Chinese planes usually pass through the southwest corner of the ADIZ, far from the island of Taiwan. An ADIZ is an airspace where a country requires foreign aircraft to identify themselves. The ADIZ concept is not covered under any international treaties and has no international regulations.

The US created the first ADIZs in the 1950s and established Taiwan’s ADIZ, as well as ones for Japan, South Korea, and the Philippines. Taiwan now claims an ADIZ that covers parts of mainland China, although the Defense Ministry does not publicize flights from China’s People’s Liberation Army on the Chinese sign of the median line, which separates the Taiwan Strait. China created an ADIZ in 2013 over the East China Sea, which the US has challenged with B-52 bombers.

Taiwan’s Defense Ministry said there were 117 incidents of Chinese warplanes flying through Taiwan’s ADIZ in April, which more than doubled the totals from February and March. The previous high was in January, which saw 81 ADIZ sorties, which fell to 40 in February and 54 in March.

Because the Chinese planes almost always fly through the southwest of the ADIZ, it’s likely they are going to or returning from drills in the South China Sea, where the US has significantly stepped its military presence in recent years. President Biden has stepped up provocations in the region even more. China said that since Biden came into office, operations had increased by more than 20 percent for US warships and 40 percent for military aircraft in waters claimed by Beijing.

The US is also boosting diplomatic ties with Taiwan as part of its strategy to counter China. In April, the Biden administration announced a new policy to “encourage” contacts between US and Taiwanese officials.

Last Friday, the top US and Taiwanese diplomats in France held a public lunch meeting, drawing sharp condemnation from Beijing.