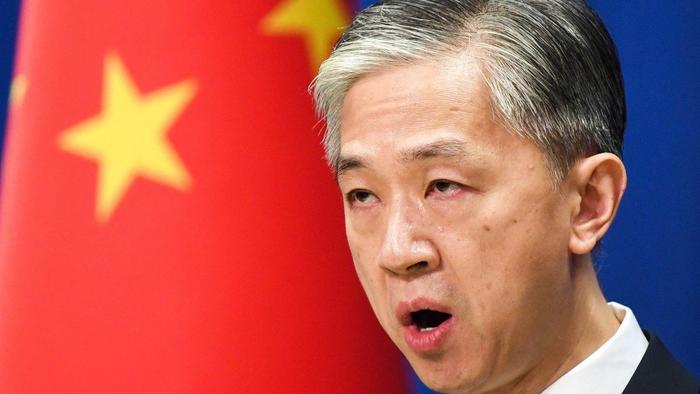 
A G-7 statement issued at the close of their two-day meeting in London this week scolded China for human rights abuses in Xinjiang, Tibet, and Hong Kong. The Wednesday statement also heaped criticism on fellow “bad guy” Russia, and further urged cooperative action against China’s “coercive economic policies” – a topic under heavy discussion at the summit of foreign ministers.

China hit back on Thursday in a statement of its own saying it “strongly condemns” the Group of Seven criticism, which included “unfounded accusations against China and openly intervening in China’s internal affairs,” according to the words of foreign ministry spokesman Wang Wenbin.

He added that the group is engaged in “wanton destruction of the norms of international relations” – again emphasizing that these are China’s internal affairs. The strongly worded rebuke said the G7 should be focused instead on more action to encourage global economic recovery instead of exacerbating “contradictions and differences” in the international community.

“We urge the relevant countries to face up to their own problems… and stop generalizing on the concept of national security as well as other wrong practices,” Wang said additionally.

Beijing was no doubt also especially unhappy at the G-7’s highlighting the Taiwan issue, with the top diplomats urging that Taiwan be invited to World Health Organization (WHO) meetings. Also most interesting and hugely symbolic is that the final G-7 statement appeared to rely heavily on phrases recently used by President Joe Biden and Japanese Prime Minister Yoshihide Suga when the latter visited the White House:

“We underscore the importance of peace and stability across the Taiwan Strait, and encourage the peaceful resolution of cross-strait issues,” the ministers said. Expressing “strong opposition” to unilateral action that could destabilize the area, they noted concern regarding “reports of militarization, coercion, and intimidation in the region.”

This week’s meetings in London were geared toward laying the groundwork for the major June 11 summit, which President Joe Biden and other heads of state are expected to attend in person – an important first since the coronavirus pandemic.

China’s BRI (Belt & Road Initiative) to be emulated by U.S. & allies. At the G-7 summit in the UK next month, U.S. & EU to propose an infrastructure initiative for low & middle income countries to counter BRI. Via @FT

The major June summit is expected to continue to highlight ways China coerces “partner” countries into submission to Beijing’s will via Xi’s Belt and Road initiative as well as direct economic threats, while cementing greater G7 coordination to counter Beijing’s efforts, including the potential for a US proposed West-backed BRI ‘alternative’.