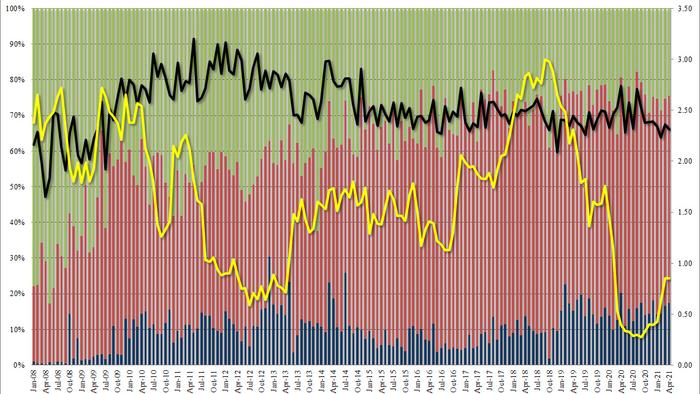 
Following this morning’s disappointing 2Y Auction, moments ago the Treasury concluded the day’s second coupon sale, this time comprising of $61BN in 5Y paper, and amid expectations of a poor auction the final prints were actually not too bad.

The internals were more solid, with Indirects taking down 57.9%, just below last month’s 58.1% and under the recent average of 58.5%. Directs taking down 17.5%, up from 16.6% last month and the highest since 18.1% in December meant Dealers were left holding just 24.6%, the lowest since October, and obviously well below the six auction average of 26.2%.

Overall, a solid auction if hardly spectacular, without any secondary market reaction to the results, however certainly strong enough to ease concerns that tomorrow’s 7Y auction could be an ugly replay of what we saw at the end of February.