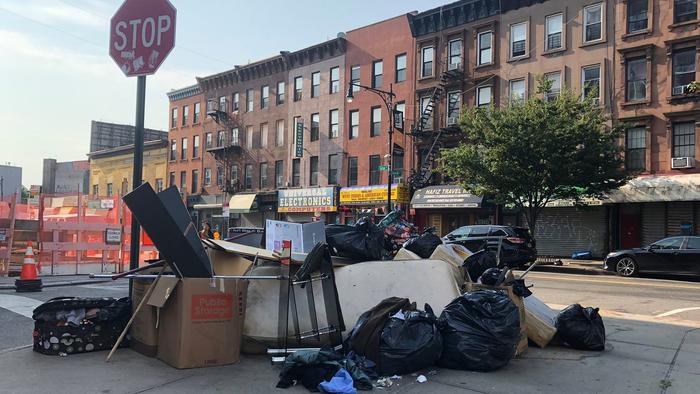 
New York City is in the process of hiring and deploying 10,00 workers for a newly created “City Cleanup Corps” after complaints over filthy conditions surged 150% between March and August 2020, and rodent complaints spiked as well according to Bloomberg, citing data from the city’s 311 service request line.

The push to restore some of the city’s pandemic related cuts to the sanitation budget comes as Mayor Bill de Blasio announced a $30 million tourism push this week. With de Blasio departing City Hall later this year due to term limits, the cleanup job will have to be completed by his successor.

Among the more than a dozen candidates in the June 22 Democratic primary, perhaps no one has a more detailed plan to address the trash problem and beautify streets than former sanitation commissioner Kathryn Garcia. She’s pledged to increase funding to public spaces, parks and gardens, restart recycling programs and send zero waste to landfills by 2030. “When we see dirty streets, people intuitively think either government isn’t doing its job or things are really bad,” Garcia said in an interview with Bloomberg News editors and reporters. “When you cut the sanitation budget by more than $100 million, you have to understand the implications of that.”

Sanitation intersects with climate, public health, safety, transportation and the city’s economic recovery. Cleaning the streets will reinvigorate the culture and tourism that keeps money flowing into New York, said Margaret Chin, a City Council representative for Lower Manhattan and a member of its sanitation committee. -Bloomberg

According to the report, trash levels are now higher than last year’s peaks as people return to the city, while online deliveries have generated massive amounts of waste. By the end of March, waste tonnage had risen approximately 15% vs. the first few months of the pandemic, city data reveal.

“People may not think that’s a priority, but it’s very important for businesses, tourists, community residents to have their neighborhoods clean,” said Chin, adding “It just makes people feel better when you walk down the street and it’s not full of garbage.”