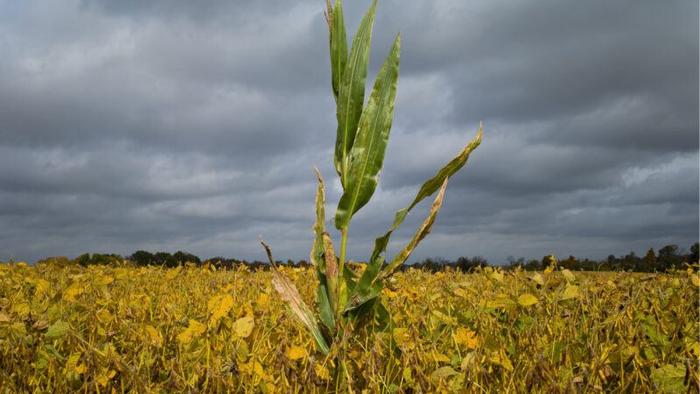 
Authored by Barry Brownstein via The American Institute for Economic Research,

Austrian mathematician Abraham Wald was a World War II hero. He worked out of a nondescript apartment building in Harlem for the Applied Mathematics Panel. Wald’s ability to see the unseen was a significant factor in the Allied victory in World War II.

Allied bomber planes were being shot down at such an alarming rate that bomber airmen were called “ghosts already.” The Air Force concluded that more armor was needed on the planes but adding armor would add weight. David McRaney, the author of several books on cognitive biases, tells the story of how Wald saved the military from a major blunder:

“The military looked at the bombers that had returned from enemy territory. They recorded where those planes had taken the most damage. Over and over again, they saw that the bullet holes tended to accumulate along the wings, around the tail gunner, and down the center of the body. Wings. Body. Tail gunner. Considering this information, where would you put the extra armor? Naturally, the commanders wanted to put the thicker protection where they could clearly see the most damage, where the holes clustered. But Wald said no, that would be precisely the wrong decision. Putting the armor there wouldn’t improve their chances at all.”

Wald looked at the same bullet holes and saw a pattern revealing “where a bomber could be shot and still survive the flight home.”

Wald didn’t fall for survivorship bias. Here is what he advised:

McRaney writes, “The military had the best data available at the time, and the stakes could not have been higher, yet the top commanders still failed to see the flaws in their logic. Those planes would have been armored in vain had it not been for the intervention of a man trained to spot human error.”

We easily succumb to what you see is all there is (WYSIATI) mindset bias. In his book Thinking, Fast and Slow, Daniel Kahneman explains, “You cannot help dealing with the limited information you have as if it were all there is to know. You build the best possible story from the information available to you, and if it is a good story, you believe it.”

Think of the last time you looked to a “survivor” for career and life advice, eager to learn their ticket to success. McRaney writes, “The problem here is that you rarely take away from these inspirational figures advice on what not to do, on what you should avoid, and that’s because they don’t know.” We make faulty decisions when we ignore the evidence from those who did not survive a selection process.

As an example of entrepreneurial success, Kahneman took a look at narratives of how Google beat its competition. Kahneman writes of such narratives:

“The story could give you the sense that you understand what made Google succeed; it would also make you feel that you have learned a valuable general lesson about what makes businesses succeed. Unfortunately, there is good reason to believe that your sense of understanding and learning from the Google story is largely illusory. The ultimate test of an explanation is whether it would have made the event predictable in advance.”

Clearly, any story of the rise of Google will not meet a forecasting test. Kahneman writes, “No story can include the myriad of events that would have caused a different outcome. The human mind does not deal well with nonevents.”

We are all too ready to ignore our ignorance, especially when there is much that is unknown. At the same time, in our ignorance it is easier to construct a story. Kahneman explains, “Paradoxically, it is easier to construct a coherent story when you know little, when there are fewer pieces to fit into the puzzle. Our comforting conviction that the world makes sense rests on a secure foundation: our almost unlimited ability to ignore our ignorance.”

In short, we don’t spend a lot of time wondering about what we don’t know. Kahneman warns that to “focus on what we know and neglect what we do not know… makes us overly confident in our beliefs.”

Throughout the Covid-19 pandemic, the media and politicians have insisted we rely on the “judgment calls” of their proclaimed experts to guide policy. Facile but incorrect stories about lockdowns dominated.

In March, Dr. Fauci again incorrectly predicted that doom was upon us when Texas relaxed its pandemic rules.

“It is wrong to blame anyone for failing to forecast accurately in an unpredictable world. However, it seems fair to blame professionals for believing they can succeed in an impossible task.” Perhaps, Kahneman is too kind.

With Covid, predictions are founded on politics, not science, as Bill Maher recently pointedly and humorously explained.

We are ignorant of our ignorance. It is time to look for new patterns in the evidence of those who have not survived.

Who Didn’t Come Back from Covid

The military was wise enough to listen to Wald. It would have been perverse to ignore the cockpit and reinforce parts of the plane that could survive bullet hits.

Policy makers, politicians, and the media have largely ignored the cockpit of good health: the human immunological system.

Maher pointed to a recent CDC study that reported the vast majority (78%) of those hospitalized or dead from Covid have been overweight or obese.

Of Americans aged 20 and over 73.6% are overweight; 42.5% are obese. (Obesity is defined as a body mass index (BMI) of over 30.) Many studies explain how obesity decreases resistance to infection. Obesity is linked to type 2 diabetes, hypertension, and heart disease, which increase the odds of hospitalization from Covid.

The Covid survival narrative has focused attention on lockdowns, masks and vaccinations. Maher pointed out the role that obesity played:

“People died because talking about obesity had become a third rail in America.” Maher continued, “the last thing you want to do is say something insensitive. We would literally rather die. Instead, we were told to lock down. Unfortunately, the killer was already in the house and her name is Little Debbie.”

Little Debbie, of course, is Maher’s reference to heavily processed foods that are ubiquitous in the American diet.

A significant factor in the startling numbers of overweight Americans is the consumption of high-fructose corn syrup in heavily processed foods.

The total per capita consumption of all sugars in the United States is approximately 150 pounds a year. Of that, the average American consumes over 50 pounds of corn sweeteners a year.

Sugar is heavily subsidized by the US government through loans, purchases of sugar, and tariffs on imported sugar. Government incentives have created a high-fructose corn syrup industry which didn’t exist prior to the 1970s. US sugar prices can be up to twice the world price.

From 1995-2020, corn subsidies in the United States totaled $116.6 billion. The subsidized and surplus corn ends up not only as processed food but as animal feed.

In The Omnivore’s Dilemma, Michael Pollan explains, “Read the ingredients on the label of any processed food and, provided you know the chemical names it travels under, corn is what you will find.” Pollan describes the corn food chain:

“Corn is what feeds the steer that becomes the steak. Corn feeds the chicken and the pig, the turkey and the lamb, the catfish and the tilapia and, increasingly, even the salmon, a carnivore by nature that the fish farmers are reengineering to tolerate corn. The eggs are made of corn. The milk and cheese and yogurt, which once came from dairy cows that grazed on grass, now typically come from Holsteins that spend their working lives indoors tethered to machines, eating corn. Head over to the processed foods and you find ever more intricate manifestations of corn. A chicken nugget, for example, piles corn upon corn: what chicken it contains consists of corn, of course, but so do most of a nugget’s other constituents, including the modified corn starch that glues the thing together, the corn flour in the batter that coats it, and the corn oil in which it gets fried. Much less obviously, the leavenings and lecithin, the mono-, di-, and triglycerides, the attractive golden coloring, and even the citric acid that keeps the nugget “fresh” can all be derived from corn. To wash down your chicken nuggets with virtually any soft drink in the supermarket is to have some corn with your corn. Since the 1980s virtually all the sodas and most of the fruit drinks sold in the supermarket have been sweetened with high-fructose corn syrup (HFCS)—after water, corn sweetener is their principal ingredient.”

You might say at least we are getting cheap food for our tax dollars but not so fast. Heavily processed foods appear less expensive than they are, shifting consumption away from foods that do not promote obesity.

Notably, the cow is a ruminant animal and is meant to thrive on grass, not grains. Pollan explains why subsidized feedlot farming places your health at stake:

“We’ve come to think of “corn-fed” as some kind of old-fashioned virtue, which it may well be when you’re referring to Midwestern children, but feeding large quantities of corn to cows for the greater part of their lives is a practice neither particularly old nor virtuous. Its chief advantage is that cows fed corn, a compact source of caloric energy, get fat quickly; their flesh also marbles well, giving it a taste and texture American consumers have come to like. Yet this corn-fed meat is demonstrably less healthy for us, since it contains more saturated fat and less omega-3 fatty acids than the meat of animals fed grass. A growing body of research suggests that many of the health problems associated with eating beef are really problems with corn-fed beef. (Modern-day hunter-gatherers who subsist on wild meat don’t have our rates of heart disease.) In the same way ruminants are ill adapted to eating corn, humans in turn may be poorly adapted to eating ruminants that eat corn.”

“To help dispose of the rising mountain of cheap corn farmers were now producing, the government did everything it could to help wean cattle off grass and onto corn, by subsidizing the building of feedlots (through tax breaks) and promoting a grading system based on marbling that favored corn-fed over grass-fed beef. (The government also declined to make CAFOs [concentrated animal feeding operations] obey clean air and clean water laws.)”

Throughout this pandemic, corn subsidies have continued unabated. Americans have continued to consume heavily processed foods while health consequences are ignored. Indeed, lockdowns fueled the consumption of junk foods. Yet, as Maher pointed out, it is not acceptable to point to the pattern of obesity in many who suffered and died from serious cases of Covid. It is not a stretch to say that subsidizing foods known to increase obesity has killed people. Of course, we are all responsible for our food choices but there is no need to incentivize poor choices.

Other patterns can be observed linking government policy and Covid deaths. Parks were closed and outdoor activities prohibited. A recent study found that “people who tended to be sedentary were far more likely to be hospitalized, and to die, from Covid than those who exercised regularly.” We know too that Vitamin D is essential for a healthy immunological system. Government policy dictated that we stay home rather than get outdoors, exercise, and allow the human body to manufacture Vitamin D from exposure to sunshine.

Heavily processed foods are designed to excite the taste buds. The illusion of tasty has killed Americans. Change begins with the willingness of individuals and families to overcome ignorance of what weakens the immunological cockpit of the human body. We can learn from those that didn’t come back from Covid. We can strengthen our immunological system by rejecting a diet of subsidized, heavily processed calories.

Three Cryptocurrencies That Will Provide 10X Returns In 2023: Rocketize, Bitcoin And Dogecoin