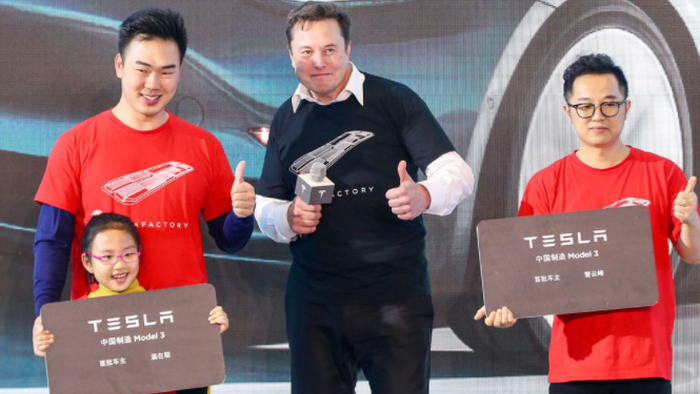 
We have been following the relationship between the CCP and Elon Musk for the better part of the last couple years, incessantly asking the question of when the honeymoon was going to end. It looks like, for whatever reason, we are drawing closer to that moment.

We have been documenting a spat that is developing between China and Musk after a protestor at the Shanghai Auto Show “went viral” after standing on top of a Tesla vehicle and decrying the car’s brakes.

Neither the CCP, nor state media, seems amused by Tesla’s response. This morning, we wrote about how commentary by a CCTV broadcaster has called for an investigation into Tesla’s brake failures following the incident.

The CCTV commentary “said the regulator could invite third-party testing agencies that both the customer and Tesla can trust to test the vehicles,” according to a Reuters report on Tuesday. At the same time, it has been reported that one of China’s largest insurers has temporarily stopped providing services for new Tesla owners after the incident.

And now, China’s Xinhua News Agency has said that Tesla’s apology for its poor service “lacks basic sincerity,” according to a Wednesday report by Bloomberg. Tesla “didn’t give a ‘substantive’ response to the customer’s complaints and public concerns, and the apology letter was no more than crisis management,” the news agency reportedly said.

Xinhua also pointed out that Tesla has a “natural advantage” of being able to look into the causes of its car accidents and that it should use it to win customers’ trust with modesty. This is as opposed to what it did with such data this week, when Elon Musk (likely prematurely) Tweeted out that data from a fatal wreck in Houston said that Autopilot was not engaged at the time of the accident. “Tesla should reflect on, and tackle its problems at the roots,” Bloomberg reported that Xinhua said.

Meanwhile, a separate report from Bloomberg notes that China’s State Administration for Market Regulation asked its local departments to ensure “legitimate rights” of consumers after the outburst at the Shanghai Auto Show.

CNBC’s Eunice Yoon also reported during the day Wednesday that China’s state media warned Tesla for the second day in a row against “arrogance”.

Recall, a protestor at the Auto Shanghai expo this week climbed on top of a Tesla Model 3 sedan and screamed in protest while wearing a t-shirt that said “The Brakes Don’t Work” and “Invisible Killer”. Video of the incident has caught fire in China and ” hit a nerve in China, sending complaints about the company ricocheting across the Chinese internet,” according to the Wall Street Journal.

The woman was eventually dragged away by security guards, but not after catching the attention of hundreds in the building – and millions more on the web. The hashtag of the incident was viewed by 150 million people on Weibo, WSJ reported.

In not so many words, it is starting to sound like the proverbial honeymoon between Tesla and China could be on its last legs.

And say China were to apply pressure on Musk and Tesla, who both desperately need the country to keep up appearances (and Musk’s empire)? How far would Musk go to appease the communist state and keep everything greased and running smoothly? We may find out.