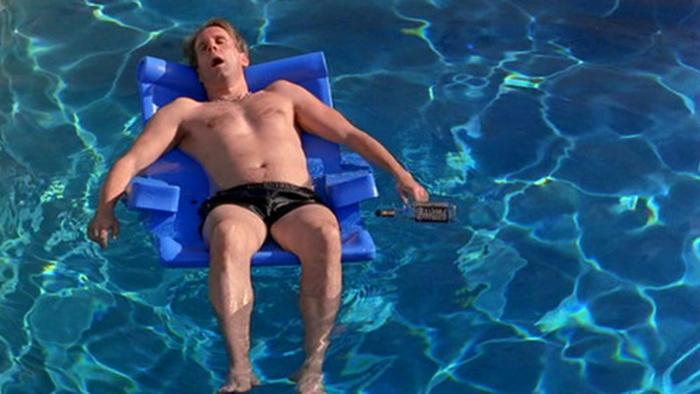 Yesterday was one of those market days like Marlon Brando in ‘The Wild One’:

“Hey Johnnie, what are you selling against?”

Down went most things. Which is only fitting really, because we live in an age with absolutely no intellectual foundations, and while most people don’t care to notice, once those go, everything else follows.

Look around you and see that our beliefs in how we should manage everything, from ourselves as individuals, to our family relations, to our local communities, to our political economy, to our borders, to our highest international architecture is all in flux. What guiding principles are we living by now individually and collectively? What internally-consistent, morally-justified, popularly-supported philosophy underpins how we should do things? What “-ism” are we looking to as a template that ticks all three of those boxes? We don’t have one. Hence, in an age of *very* big developments, we are ironically bereft of any matching big ideas. Can you name a genuine public intellectual who has original thought, rather than repeating older wisdom? Or a musician or band who will blaze a trail for the ages? Or an author, or even a recent book? Or a play-write? Or a film director? Or an artist?

Yes, we can cling to Build Back Better –in all its glorious nebulousness– or any political buzzword. But that won’t provide a concrete blueprint for where next. That won’t show us where the relative winners and losers are going to be longer term. As such, is it any wonder markets still don’t know if we face reflation or stagflation or disinflation or deflation; or globalism or protectionism; or liberalism or corporatism? I stress yet again these are all linked like beads on a thread, frustrating as that is to economists who “don’t do politics”.

In this muddled interregnum, the old is refusing to die and, if we chose to look, the new is struggling to be born too. It’s just unclear which is the one dying, and which being born.

Note again the plans of 12 European football clubs to breakaway to keep all of the new riches of the global game for themselves, even if this means an end to the discipline of relegation; the collapse of the lower leagues that are a huge part of European working-class tradition; the end of substantive international competition; and, over time, of teams playing at home as local and national icons, or for anything of real substance, and instead becoming traveling global Vegas-style entertainment like WWF or Cirque du Soleil. As a board member at one of the clubs involved told the press yesterday, their primary goal is revenue and profit, with the wider good of football secondary.

That is our current guiding “-ism”, now being taken to even more ludicrous extremes. In football as in life, a system carved out without social consensus: allergic to competition; that does not see trickle down, but rather pull-the-ladder-up monopoly and monopsony economics; and that hates the national, “legacy fans”, and the deep traditions that created all the property it now claims control of – via massive leverage on borrowed money in a financial system guided by central banks who are piously claiming to care about equality and social justice.

Yet, as expected, public and *political* fury over this is mounting rapidly. Indeed, there is talk of fan boycotts, and even the most passionate YouTubers for some teams say they would rather see their teams die than mutate in this way. There are suggestions some of the key players involved might refuse to take part if it means they lose the right to play for their country, which it probably will, showing some things matter more than money. Moreover, the British government is suggesting legislation to give fans back control of their clubs to stop this European Super League (ESL) from happening, which would take ownership away from foreign billionaires and giving it back to the local communities. What’s more, local councils are saying they could potentially strip the six British clubs of their rights to use local names such as Liverpool and Manchester, so that they are set adrift etymologically and become a rootless travelling circus under new names such The Red Devils, with a new set of “fans of the future” – no joke: this is what the ESL are calling for.

I have some other choice new names to use, in the best working-class football tradition, but they were a little too working class for this Daily, sadly. Yet perhaps we need some lucrative M&A in the spirit of our guiding philosophy: bitter rivals, but now business partners, Spurs and Arsenal could become Spursenal or Arsenspur, or, more appropriately given both teams’ poor performance in recent years that underlines what a joke the ESL is to almost everyone in the game – Sparse.

In short, either a new, more regulated football that is less capitalist and more local and communitarian will soon be born: or football as late-era Elvis karate-kicking in a glittering jump suit all round the world will be instead…and our interest will have left the building.

Meanwhile, Bloomberg tells me excitedly today’s big speech is from China’s Xi Jinping at the annual Boao forum, and that it will “showcase China’s dramatic recovery from the pandemic and plans to open up the economy further to foreign investors”. First of all, that recovery is moderate and set to slow due to huge structural challenges, whereas the last set of US economic data were actually dramatic. (Retail sales up nearly 10% m/m, anyone?) Second, such opening up is talked about every year by free-wheeling Western neoliberals, when China has as much appetite for actual free-wheeling Western neoliberalism as the average football fan – and, as we see, arguably for some good reasons. True, Wall Street has managed to wheedle its way into opening up shop there a little more, which is why Bloomberg –also no doubt excited by the cash of the new ESL– is abuzz. But let’s see how much free-wheeling they get to do in such highly-regulated, highly-political markets, apart from bringing in useful foreign capital, of course. (Tellingly, today saw China’s key lending rate that isn’t a key lending rate, the 1-year MLR, remain unchanged at 3.85%. I know, I know: the excitement!)

Indeed, if there is one place that is still super strong on the whole “-ism” thing, and on big picture thinking, and on what individuals, family relations, local communities, political economy, borders, and our highest international architecture should ideally look like, it’s China.

…and if there’s one place that isn’t, it’s Australia, where we just got the latest RBA minutes. Despite parts of the economy being anecdotally on fire, and even the minutes saying things were bouncing back far better than expected, nothing is going to change on rates until 2024, and even more bond buying is on offer if needed. How ironic that this is where neoliberalism ends up: not too different from the utopianism, buzzword mantras, double-speak –and monetary policy– of a planned economy.