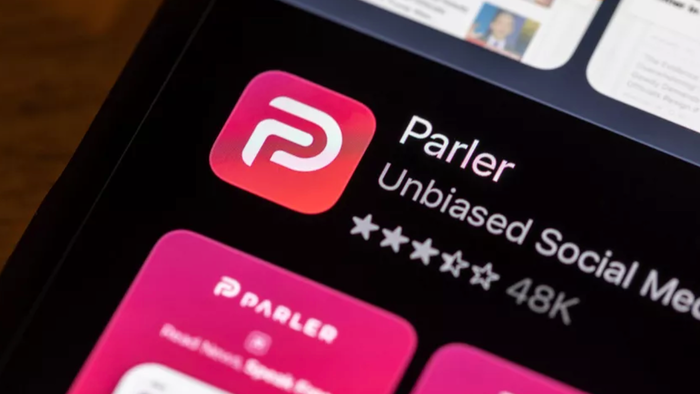 
After removing the Trump-friendly social media platform, Parler, from the App Store back in January following the US Capitol riots, Apple has “approved” the app’s return following improvements to the moderation system, according to CNN, citing a letter Apple sent to Congress on Monday.

Apple’s approval of Parler’s latest version comes as Big Tech companies colluded to crush the conservative social media platform out of existence, saying that it was a platform of ‘hate’ and ‘incited violence’ during the Capitol riots.

Before it was banned, the social media app was the most popular platform for conservatives to speak their minds. The platform grew exponentially. It was ranked the number one app in Apple’s app store before it was taken offline.

Right before the ban, former Parler CEO Matze wrote in a message on his platform that Apple “will be banning Parler until we give up free speech, institute broad and invasive policies like Twitter and Facebook and we become a surveillance platform by pursuing guilt of those who use Parler before innocence.”

“They claim it is due to violence on the platform,” Matze wrote of Apple, whom he also accused of being a “software monopoly,” a particularly relevant attack right now given an ongoing antitrust suit against Apple from Fortnite maker Epic Games. “The community disagrees as we hit number 1 on their store today.”

While the Parler app could be downloadable in the App Store imminently, it would not shock us if former President Trump starts posting from there, considering he’s still banned from Twitter.

Weaponizing The Pursuit Of Profit: Rubio Warns Of ‘Extraordinary’ Leverage Held By China Over American Companies