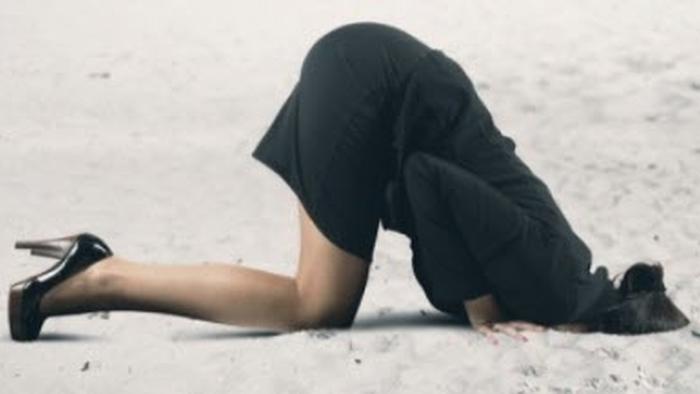 
Authored by Michael Every via Rabobank,

Invasion (of the Inflation Snatchers)

Yesterday’s US CPI report was slightly stronger than expected; and yet the day ended with US bond yields substantially lower, 10s down some 8bp intraday from over 1.70% to below 1.62%. So something and yet nothing. For once one doesn’t need to point a finger at the Fed not pointing its finger at inflation like Donald Sutherland at the end of the 1970’s version of ‘Invasion of the Body Snatchers’. Yes, there was a good 30-year Treasury auction, with a heavy indirect bid. Yet more important, the US paused the use of the Johnson & Johnson Covid vaccine, which has played a huge role in its rapid roll-out efforts, because of blood clots effecting 1 in a million people who have taken it so far. The bond market saw that no shots means no shot in the arm for the economy. Indeed, that’s now three global vaccines with question-marks over them from some sources: Astra-Zeneca and J&J for blood clots, and Sinovac for not working effectively (in a now-retracted statement from a key Chinese health official).

The US NFIB small business optimism index meanwhile rose 2.4 points in March to 98.2, its first return to average levels since last November. However, business uncertainty increased too, about whether it is a good time to make capital expenditures, and 42% reported job openings that could not be filled, a record high. The key quote was: “Main Street is doing better as state and local restrictions are eased, but finding qualified labour is a critical issue for small businesses nationwide. Small business owners are competing with the pandemic and increased unemployment benefits that are keeping some workers out of the labour force.” So unemployment benefits are ironically helping to push up wages, at least temporarily – which I am sure nobody intended, but underlines just how radical policy has to get in the US to make it happen. The problem is that small businesses trying to get past Covid are least well placed to lead this socio-economic charge; and if this points to a wage-price spiral –which is still unlikely– then the bond market will soon be pointing its finger at the Fed like Donald Sutherland.

Now let’s focus on the ‘invasion’ part. As Russian news reports NATO has amassed 40,000 troops on the Ukrainian-Russian border vs. Western estimates of anything up to 83,000 Russians on the other side, President Biden called President Putin, discussed “a number of regional and global issues”, and invited him to a summit in a third country “in the coming months”. The high-stakes Cold War atmosphere is clear: less obvious is if this is US statesmanship or a stalling action, the latter given some intelligence sources suggest that *if* Russia wants to move on Ukraine, it could do so as soon as May. The Kremlin read-out of the call noted President Biden also “expressed interest in normalising the state of affairs on the bilateral track and establishing stable and predictable interaction on pressing matters such as ensuring strategic stability and arms control, Iran’s nuclear programme, the situation in Afghanistan, and global climate change”. So this is either summit – or nothing,…and we haven’t got a ‘da’ from Putin yet.

There would certainly be lots to discuss, because Iran has announced it will accelerate uranium enrichment to 60% vs. a 3.67% level allowed under the defunct nuclear deal. Again we see Tehran’s tactics of maximum resistance. Against that backdrop, another Israeli commercial ship has been attacked off of the coast of the UAE. It’s not only uranium-enrichment that is accelerating in that region and its key sea lanes.

And because –like inflation– geopolitical problems tend to come in a sudden surge, and more so if authorities have long ignored them, there is further US-China tension. Last week’s National Intelligence Council report painted many dark scenarios for the world by 2040. Now the press is noticing the linked 2021 Annual Threat Assessment published 9 April named “China’s push for global power” as the leading threat to US national security, while Russia’s efforts to undermine US influence and assert itself as a major actor also pose a challenge. (President Putin can perhaps discuss that at the summit too.)

Naturally, markets prefer to cling to headlines like China being taken off the currency manipulators list by the US Treasury – while overlooking the same story said the US will be refining the metrics it uses to make such calls to include how non-government actors operate as proxies (which is aimed at few others than China). Markets also don’t react to geopolitical tensions until they blow up like they have over Xinjiang cotton – on which, yesterday saw the Chinese MFA spokesperson on Twitter attack the US for ‘trying to smear the white, innocent cotton. The accusations of “genocide” and “forced labour” should be better left to the US itself.’ No backing down there, obviously.

Yet markets still don’t cotton on that other products will logically follow this pattern. Bloomberg is now talking about Xinjiang producing nearly half the world’s polysilicon, a key component in the solar panels in demand as the West goes ‘Green’ (and, they add, polysilicon produced by burning coal). Could that key green input into Building Back Better become the next cotton? Could this mean a lot less trade and a lot more making ‘green’ in the US or EU, etc.? That will please the latter, but concern China given the y/y surge in imports we saw in March, which far exceeded the expected surge in exports. Notably, that’s not a trend they want to see – but higher commodity prices in the inflation-we-aren’t-having will push the import side of trade higher. And equally notably, only by China importing more than it exports is its growth going to be the major contributor to global GDP the IMF is waffling on about.

Of course, markets will also ignore China warning the US: “Don’t play with fire” over Taiwan, as the White House continues the Trump administration policy of deepening ties; and headlines such as “Australia war with China ‘likely’ in five to 10 years, former defence minister Christopher Pyne warns”. Indeed, anyone who talks about things like that automatically gets the Donald Sutherland finger: “Stop talking about invasion, and let us keep making money from central-bank inflation-snatchers!” Indeed, perhaps we need to hark back to the 1950’s vintage of the same film too:

Dr. Kauffman: A strange neurosis, evidently contagious, an epidemic mass hysteria. In two weeks, it spread all over town.

Miles: What causes it?

Dr. Kauffman: Worry about what’s going on in the world probably.

I guess that all makes me the guy yelling at the beginning and the end of this trailer.

But let’s give markets some breathing space. They have the problems with Huarong in China to deal with, which Bloomberg reports in two weeks have gone from trading as quasi-sovereign to junk; and there is news today that Beijing says local government financing vehicles that are unable to pay debts should be restructured or liquidated – which given LGFV’s key role in the economy is like casually saying we should turn off QE and let all the corporates restructure or liquidate. On the upside, however, it’s anything but inflationary for both China and the world.