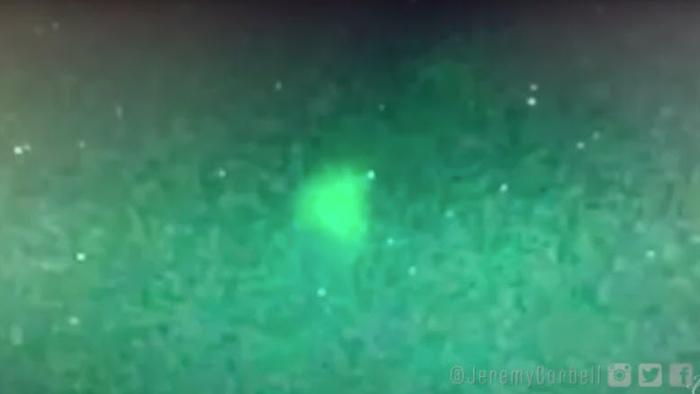 
Authored by Sara Carter via SaraACarter.com,

The videos he obtained contained exclusive never before seen encounters with triangular shaped flying objects, as well as a more spherical object that was witnessed coming out of the water and into the sky. The UFO phenomenon has garnered more valid attention in recent years since Pentagon officials came forward to admit that the Defense Department has a continuing program to monitor the UFOs, or as it is now called Unidentified Aerial Phenomenon.

Moreover, during President Donald Trump’s tenure, his $2.3 trillion appropriations package includes a provision that the Secretary of Defense and Director of National Intelligence collaborate on a UFO report and release it to the public. That report is expected to be released on or around June 25. It is uncertain how much information will be made public. But former Director of National Intelligence John Ratcliffe told Fox News’ Maria Bartiromo last month that the U.S. government is aware of far more incidents than have been reported.

“There are a lot more sightings than have been made public,” said Ratcliffe to Bartiromo.

“Some of those have been declassified. And when we talk about sightings, we are talking about objects that have seen by Navy or Air Force pilots, or have been picked up by satellite imagery that frankly engage in actions that are difficult to explain.”

“Movements that are hard to replicate that we don’t have the technology for,” he said.

“Or traveling at speeds that exceed the sound barrier without a sonic boom.”

Several U.S. sources familiar with the classified videos have confirmed to SaraACarter.com that the videos obtained by Corbell are authentic and that an ongoing investigation into who leaked the videos is ongoing.

The two separate alleged encounters occurred in 2019 and 2020 respectively. Both incidents were contained in a classified briefing to senior Defense and Intelligence officials, according to documents and sources who spoke to Corbell.

The sources who spoke to SaraACarter.com confirmed that the video and documents obtained by Corbell of the USS Russell and the USS Ohio are authentic and real. The USS Russell incident occurred in July 2019. The incident involved Strike Group 9 within “the Warning areas off San Diego,” according to Corbell. The crew witnessed and “recorded multiple ‘pyramid’ shaped craft.” According to Corbell, the observations were detailed in notes and submitted to the Pentagon along with the footage.

On May 1st 2020 a classified briefing was generated about the UFO / UAP presence, via the Office of Naval Intelligence (ONI). Those familiar with the briefing articulated to me that the goal was to de-stigmatize the UAP problem and to promote more intelligence collection regarding UAP incursions and encounters with active military deployments. This UAP briefing was a build-on to a previous ONI briefing, generated October 18th 2019. Both were distributed across a wide range of intelligence networking platforms (such as SIPRNet, JWICS and various Intelink systems).

I was able to obtain information regarding these and other UAP related briefings – as well as – two unclassified slides and some of the most intriguing military captured UAP footage I have ever seen.The context surrounding this content is important to understand – as its evidentiary value is best demonstrated through the lens of provenance. I want you to understand why this new evidence is worth your full attention – if it’s not inherently obvious to you.