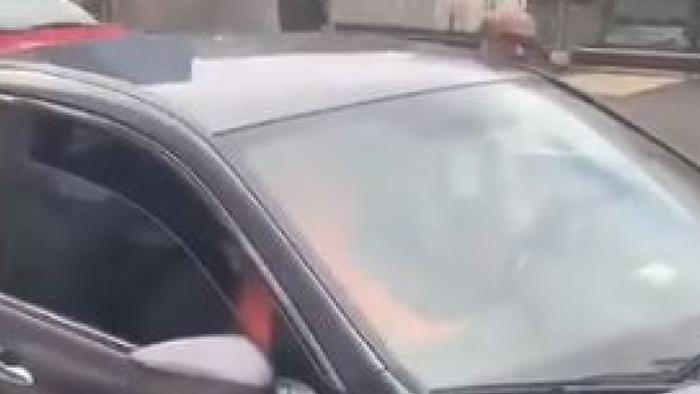 The two teenage girls who were charged with murder after the brutal carjack killing of a Pakistani Uber Eats driver may be back on the streets within years after reportedly securing a plea deal.

The shocking incident which occurred last month was caught on camera but received little media attention amidst a media narrative about “white supremacy” posing the biggest threat to Asians.

Mohammad Anwar resisted efforts by the two African-American girls to steal his vehicle as the pair used a taser to try to subdue him.

The clip shows the girls driving off with the car as Anwar clings onto the door. A loud smash is then heard as the car crashes, violently throwing Anwar from the vehicle while both girls escape relatively unharmed.

Appalling footage of the carjacking near Nationals Park in Washington D.C. on Tuesday that resulted in the death of Pakistani immigrant & Uber Eats driver Mohammad Anwar. The teenage girls who police say used a Taser to steal the car face murder charges.pic.twitter.com/mOPnrLBf0t

Despite the horrific nature of the incident, the two teens could avoid a heavy sentence.

“The 13-year-old and 15-year-old girls charged in the armed fatal carjacking of a Virginia husband and father last week in D.C. are reportedly getting a plea deal,” reports Fox 23.

Being juveniles, the culprits will be treated as if they have a chance of rehabilitation and can’t be held past the age of 21.

The plea agreement is likely to mean the girls will be held in a youth detainment center, a home detention or on probation.

“Probation is not likely for Derek Chauvin, who may or may not have been a contributing factor to the death of a career criminal who had required him to use a department-approved method of restraint by resisting arrest,” writes Dave Blount.

“According to our rulers’ ideology, Anwar’s killers are oppressed, and Chauvin is an oppressor.”