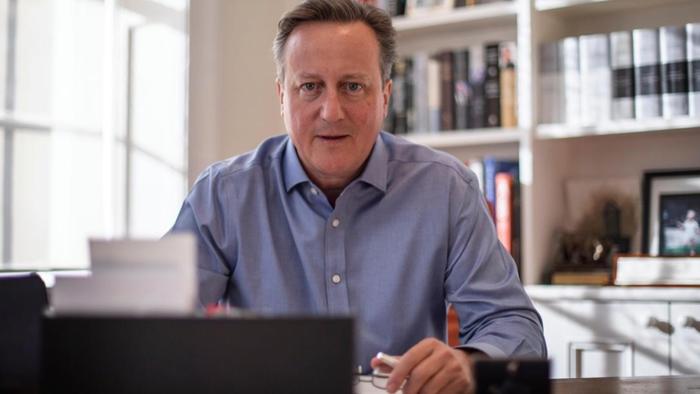 
By now, the British media has been inundated with reports about the special access afforded Greensill Capital, the trade-finance firm that collapsed and filed for administration three weeks ago after its main insurer declined to renew policies on some of Greensill’s assets, setting off a chain reaction that ensnared some of Europe’s biggest banks (including the embattled Credit Suisse, which is simultaneously fighting off another scandal in the Archegos Capital blowup).

And many of these stories have focused on the firm’s relationship with former Prime Minister David Cameron, who was hired as a senior advisor by the firm after he left No. 10 Downing Street. Cameron continued to lobby on the firm’s behalf, even after the michegas at GAM a few years back that led to the departure of star trader Tim Haywood, one of the most high-profile investors in London. It was reported that alleged misconduct attributed to Haywood had to do with his investments in Greensill paper – paper that was reportedly tied to Sanjay Gupta’s GFG Alliance group of companies, who have also emerged as main characters in the collapse of a group of Credit Suisse funds (the bank is now tallying client losses and even weighing the possibility of reimbursing some of its more important clients who have threatened to take their business elsewhere).

A few days ago, it was revealed that Cameron is facing an official investigation over whether he violated lobbying “anti-sleaze” laws he himself helped create. Now, in addition to the office in charge of enforcing the lobbying rules, Cameron is facing a far more serious investigation by the Committee on Standards in Public Life. That investigation will allow for input from the Labour Party, which has demanded an investigation into how Greensill obtained a desk and a pass inside the former prime minister’ Cabeint Office a decade ago, years before it hired Cameron.

The committee will also investigate Cameron’s lobbying of senior government officials, including Chancellor Rishi Sunak, in an effort to secure access for Greensill to COVID-related financing for small and medium businesses.

Sir Alistair Gaham, a former chair of the Committee on Standards in Public Life, an influential standards watchdog, described the Greensill situation and Cameron’s involvement as “a genuine scandal”.

Chiefly, the committee will be tasked to investigate how Cameron lobbied on Greensill’s behalf after he was hired by the firm in 2017. But it will also look into suspicious ties between the former PM and the company from Cameron’s time at No. 10. Some of the access afforded Greensill under the auspices of being an official “advisor on supply chain financing” during Cameron’s government are genuinely baffling. According to the FT, Lex Greensill, the Australian founder of the eponymous firm, had access to at least 11 government departments before he was given a formal role as “crown commissioner” in 2014, the FT reports.

But there are even more egregious examples of favoritism, including Greensill’s involvement in a government loan scheme.

In 2012 Cameron signed off a loan scheme for NHS-linked pharmacies even though an official report had rejected a proposal by Greensill himself. Greensill Capital took over the running of the scheme in 2018.

Cameron had an enormous financial stake in Greensill which would have been worth $70MM had the company gone public. The lobbying register, a regulator we mentioned above, examined Cameron’s conduct last week, but concluded that the case was outside its remit since Cameron was an “in house” employee not a third-party agent, a detail that seems suspiciously technical.

Shadow chancellor Anneliese Dodds and shadow Cabinet Office secretary Rachel Reeves wrote to the committee on Monday asking it to examine Greensill’s links to Cameron and whether the lobbying register, set up by the former leader’s government in 2014, was fit for purpose.

Reeves said the stories about Greensill were “extremely worrying” and part of a “growing catalogue of allegations of cronyism” by the Tory government.

“Taxpayers deserve to know the true extent of government access given to Greensill Capital through the former Conservative prime minister,” she said.

Fortunately for Cameron, the standards investigation doesn’t put him personally at risk. However, it does have the power to record its findings, and the Labour Party’s complaints in an upcoming report on standards in public life, entitled “Standards Matter 2”. The committee, which refused to comment on reports of the inquiry, has reportedly already taken evidence from Eric Pickles, chair of the Advisory Committee on Business Appointments, who called for a “review of lobbying” inspired by the allegations against Cameron. “Prime ministers and ex-prime ministers are powerful people,” he said. “It is important that the system is resistant to powerful people.”

Of course, if Cameron is named and shamed in the report, it wouldn’t be the first time: the former PM’s family wealthy has already been targeted for public criticism following the Mossack Fonseca leaks, which exposed the family’s use of offshore tax shelters. But lawmakers or others could use the report as cause to take things a step further.